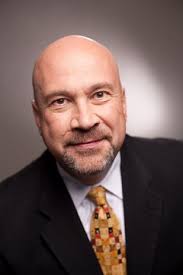 American Water Works Company, Inc., known as American Water, is a publicly traded (NYSE: AWK) water utilities and sewage treatment company headquartered in Voorhees, New Jersey. It is the largest for-profit provider of water and wastewater services in the United States, where 86 percent of consumers receive their water services from publicly owned water systems. American Water has been a major force behind the privatization of water services and has come under fire from communities across the country for charging high rates and providing poor services.

In 2012, American Water generated $2.9 billion in total operating revenue. CMD estimates that approximately 89 percent of this revenue comes from taxpayers.

Taxpayer dollars make Sterba "America's Highest Paid Water Worker." He has made $8,311,925 in the three years that he has been a top executive at the company. And other executives at the company are rolling in dough as well. From 2008 to 2012, American Water's key executives made $32,232,667.

Previously, Sterba worked in senior executive positions at PNM Resources, an energy holding company based in Albuquerque, New Mexico. While Sterba was chairman, president, and CEO of PNM, the company was involved in litigation concerning the manipulation of energy prices during the 2001 energy crisis in California. In 2005, PNM agreed to pay $1 million to end a federal investigation of its practices during the California energy crisis.

"When profiteers take over public services not only are taxpayer dollars sucked out of the local community, but the community loses democratic control,"said Lisa Graves, Executive Director of the Center for Media and Democracy. "It's not surprising that many American communities are fighting to take back public control of precious water resources." For instance, Monterrey, California will vote in June 2014 whether or not to take public control of American Water's Cal Am subsidiary as other communities in California have done.

Learn more about American Water at our SourceWatch profile. Follow the conversation at #OutsourcingAmerica.

You say "Taxpayer dollars make Sterba "America's Highest Paid Water Worker. "He has made $8,311,925 in the three years that he has been a top executive at the company." Since this is an investor owned company and not a government run utility. There is no truth to this statement. As a former employee of American Water, I can tell you many things that aren't right about what they do and I have no respect for the company, but I do respect the truth and apparently you do not.
Would America Water exist without Government contracts? If not, case closed.
Lots of people pay taxes. Just because the revenue comes from taxpayers doesn't mean that it is tax revenue. But, of course you know that.