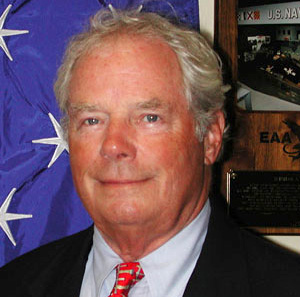 Wisconsin industrialist Terry Kohler has deeper ties to the controversial United Sportsmen of Wisconsin Foundation -- the beneficiary of a controversial $500,000 "sweetheart deal" cut by a Walker administration appointee -- than previously reported. Kohler is one of the top GOP donors in the country, and his array of political spending raises new questions in light of a special investigation into potential campaign finance violations by third-party groups in Wisconsin.

The United Sportsmen Grant Was a $500K "Sweetheart Deal"

Earlier this year, outgoing Assembly Majority leader Scott Suder (a former American Legislative Exchange Council state chair) slipped a half-million dollar, renewable grant into the Wisconsin budget that was tailored for a newly-formed group called United Sportsmen of Wisconsin. The organization had no record conducting the outdoors training that the grant was purportedly intended to promote, but it did have close ties to Suder and other Republican leaders. Its board included Luke Hilgemann, Suder's former Chief of Staff, who is now #2 at the national office of David Koch's Americans for Prosperity, as well as a former NRA lobbyist and state Tea Party leaders. It also had a record of lobbying on top Republican priorities like a controversial open pit mine and extreme gun measures.

Legislators on the budget committee said the grant was presented as a competitive opportunity, but after a Milwaukee Journal-Sentinel exposé (and after United Sportsmen was the only group to apply for the grant), Rep. Cory Mason (D-Racine), said, "in hindsight, it seems like a sweetheart deal for one group that has ties to Scott Suder."

As details of the "sweetheart deal" emerged, the Walker administration was finalizing its hiring of Suder for a political appointment that would have nearly doubled his pay. But Suder's United Sportsmen grant continued to grow increasingly controversial, with revelations that the group's president misrepresented its tax status and had illegally hunted a bear without a license, and that the poorly-drafted half-million-dollar grant had put $28 million in federal dollars at risk. Apparently unwilling to have continual bad press while preparing to run for higher office, Walker intervened at the last minute and killed the grant. Then, under fire, Suder announced that he was declining Walker's appointment, and instead became a lobbyist for the paper industry's trade association; notably, Koch Industries controls major paper mills in Wisconsin through its purchase of Georgia-Pacific.

Documents obtained by the Milwaukee Journal-Sentinel showed that during the budget process, United Sportsmen had a powerful ally in Terry Kohler, a longtime Republican activist who gives hundreds of thousands of political contributions each election cycle. According to open records requests for communications with lawmakers about the group, Kohler personally reached out to Republican lawmakers on the budget committee and urged that they support "a Sporting Heritage Legacy Grant to the United Sportsmen." (This revelation contradicted Suder's earlier statements that the grant was not being steered towards United Sportsmen and was meant to be competitive.)

Senate Majority Leader Scott Fitzgerald, a long-time member and leader of ALEC, called Kohler a "good friend" and a "big supporter" of Republicans.

"If Terry sends me a letter, I read it," Fitzgerald told the Journal-Sentinel.

But Kohler's ties to United Sportsmen and an array of dark money groups active in Wisconsin run deeper than has been previously reported.

As the United Sportsmen controversy unfolded, the Center for Media and Democracy uncovered that a secretive group called Citizens for a Strong America transferred $235,000 to United Sportsmen in 2012, the first year that the group was in existence.

Citizens for a Strong America made headlines in 2011 when it appeared out of nowhere and spent over $836,000 on the high-profile Wisconsin Supreme Court race between incumbent Justice David Prosser and challenger Joanne Kloppenburg. That election came in the midst of the Wisconsin uprising and was treated as a referendum on Governor Walker's controversial anti-union legislation (and makes an appearance in Walker's soon-to-be released book). The race stretched on for weeks after a prolonged statewide recount.

In 2011, the mystery of Citizens for a Strong America was covered by Rachel Maddow (with a shout-out to CMD's breakthrough investigation of the group):

Citizens for a Strong America. Seriously? Who are they?

The Center for Media and Democracy connected the dots on this one. It turns out Citizens for a Strong America, they are a mailbox. They are a mailbox at a UPS store in Wisconsin. Through lots of digging through IRS filings and cross-checking Web site domain names and the like, the Center for Media and Democracy figured out that Citizens for a Strong America is this one guy. This group doesn't readily disclose who they are or who funds them, but the only individual human who is found to be associated with this group is this one guy, a guy who works for Americans for Prosperity, the corporate funded Koch brothers group.

Citizens for a Strong America, aka this guy also happens to be headquartered at the same street address as Americans for Prosperity. Tada.

That guy is John W. Connors, who has worked for years at the Wisconsin chapter of David Koch's Americans for Prosperity.

As CMD uncovered earlier this year, Connors also registered the web domain for United Sportsmen. Citizens for a Strong America then made a $235,000 transfer to United Sportsmen of Wisconsin in 2012.

Club for Growth Wisconsin Bankrolled Citizens for a Strong America

It means that Citizens for a Strong America almost acted like a pass-through for Club for Growth Wisconsin. Both groups are organized as nonprofits under Section 501(c)(4) of the tax code, so are not required to disclose their donors. But passing money from one group to the other helps further disguise the true source of the funds.

Club for Growth is led by veteran Republican strategist R.J. Johnson, who was a senior advisor to Scott Walker during his 2010 gubernatorial campaign, and is still an advisor to the governor. Johnson was previously Executive Director of the Republican Party of Wisconsin.

The treasurer for Citizens for a Strong America is Valerie Johnson, R.J. Johnson's wife.

Terry Kohler, for his part, has been a longtime benefactor of Club for Growth, reportedly giving both to the PAC (which must disclose its contributions) and its nonprofit arm (which can keep its donors secret).

Coalition for America's Families was active in Wisconsin politics throughout the mid-2000s, and developed a track record of sleazy and misleading ads. In 2006, the group ran inaccurate and homophobic ads claiming that former Democratic Governor Jim Doyle was raising hunting and fishing fees to fund health insurance for the partners of gay and lesbian public employees. Another ad compared Doyle to Alabama segregationist George Wallace for not supporting school vouchers. It ran other ads attacking Doyle's plan for a state version of the DREAM Act giving undocumented students in-state tuition at public universities (which Walker reversed upon taking office). The group also ran misleading ads attacking Supreme Court Justice Louis Butler, and in 2008, a judge ordered some of the group's ads be taken off the air because they were so misleading (although that ruling was later overturned).

At the end of 2009, after years of running inflammatory and often deceptive ads, Coalition for America's Families dissolved and transferred its assets to Citizens for a Strong America, which formed at the beginning of 2010.

As is the case with Citizens for a Strong America, Club for Growth Wisconsin was also the main benefactor of Coalition for America's Families. Club for Growth Wisconsin transferred $2.07 million to Coalition for America's Families in 2009 -- the same year the group dissolved and morphed into Citizens for a Strong America.

Terry Kohler and his wife Mary are some of the top political donors in the country, giving millions to candidates, PACs, and the Republican Governors Association (as well as $328,000 to Newt Gingrich's Super PAC during the former House Speaker's presidential run in 2011). The Kohlers were among the top donors to candidates and parties in the 2002, 2004, and 2006 election cycles, and top contributors to federal 527 groups in the 2010 elections; it is not known how much unreported money the Kohlers have contributed to "dark money" nonprofits that are not required to disclose their donors.

Kohler is an heir to the fortune built by The Kohler Company, a toilet, faucet, and plumbing fixture manufacturer that has long had a contentious relationship with organized labor. In 1934, Kohler security guards fired into a crowd of striking workers, killing two and wounding 43 others, and marking a tragic landmark in labor history. Twenty years later, in 1954, the Kohler Company's refusal to negotiate with the union resulted in the longest strike in U.S. history, lasting nine years.

Terry Kohler's father and grandfather were both Wisconsin governors; Kohler himself ran unsuccessfully for U.S. Senate in 1980 and governor in 1982, and ever since has been one of the top funders on the right. In the early 1990s, he was one of the biggest contributors to Newt Gingrich's GoPAC organization that trained and elected Republicans, and was on the board of Free Congress, a right-wing political operation founded by Paul Weyrich (the same political apparatchik who was instrumental in ALEC and co-founded the Heritage Foundation).

In July, Kohler told Gannett newspapers that he gave generously to Gov. Scott Walker and acknowledged that those contributions bought him access. Kohler had also booked Walker to appear at an event in October honoring Kohler's father and grandfather.

"Would I have been able to get Scott to do that if I hadn't been contributing? Now if you want to call that access, go ahead," Kohler said. "But the fact of the matter is, Scott's honored in that situation, too. He'll be in a room with two dead governors and himself."

The tangled web of Kohler, the Johnsons, United Sportsmen, Club for Growth, and Citizens for a Strong America raise additional questions in light of a new John Doe investigation into possible campaign finance violations "since the 2010 elections," which encompasses the contentious 2011 Wisconsin Supreme Court race and the 2011 and 2012 recall elections.

The latest John Doe investigation -- a secret inquiry that is "just like a grand jury except no jury" -- is an outgrowth of an earlier probe into illegal campaigning in Walker's County Executive office that resulted in six criminal convictions and closed in March.

Sources say the latest John Doe is following up on leads revealed by the earlier investigation. Although most records related to that probe are still under seal, those emails that have been released include communications with R.J. Johnson, then Walker's campaign advisor, which raise questions about coordination between the campaign and Walker's County Executive office.

After Walker became governor, R.J. Johnson's Club for Growth began running ads almost immediately following Walker's introduction of his anti-union Act 10 legislation. Just three days after Act 10 was announced, Club for Growth Wisconsin aired a commercial accusing state workers of not having to sacrifice, and urging support for the legislation to make state workers "pay their fair share." When the commercial failed to dissuade protesters from swarming the capitol, Club for Growth and Americans for Prosperity organized a pro-Walker rally on February 19 featuring Sarah Palin, Herman Cain, Andrew Breitbart and others. Americans for Prosperity also quickly began running pro-Walker ads.

During the 2011 Wisconsin Supreme Court race just a few months later, Club for Growth Wisconsin spent $415,000 supporting Justice Prosser (trailing the $836,000 spent by the closely-affiliated Citizens for a Strong America).

All told, the Kohler-backed, R.J. Johnson-led Club for Growth went on to spend $9.1 million during the 2011 and 2012 recalls. Americans for Prosperity -- which does not disclose its donors -- doled out at least $10 million.

Few details have emerged about the latest John Doe, but a Franklin Center affiliate -- the Wisconsin Reporter -- posted that the targeted organizations include the Club for Growth, Americans for Prosperity, and the Republican Governors Association.

This article was updated on Nov. 7 to reflect Club for Growth Wisconsin's grant to Citizens for a Strong America.