Maximus, Inc. collected $3.4 million from the state of Wisconsin in consulting fees over the five-year period from 2004 to 2009, and now it turns out that the questionable advice the company gave may leave taxpayers out tens of millions of dollars in potential claims after a federal audit found improper Medicaid billings, the Milwaukee Journal Sentinel reported this week. 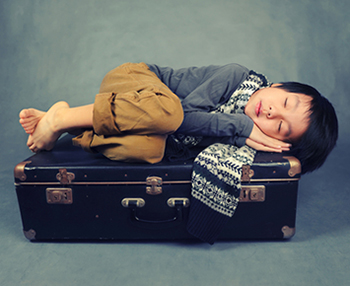 This wouldn't be the first time the company landed in hot water in the Badger state. In a recent report on how Maximus profits from the poor and puts the most vulnerable at risk when social services are outsourced to the for-profit corporation, the Center for Media and Democracy noted that Maximus managed Wisconsin's privatized welfare to work program, known as "Wisconsin Works." The company billed the state nearly half a million dollars in improper or questionable expenses, including $195,745 for promotional materials, $15,741 for "hotel rooms in Lake Geneva" and parties, and $1,498 for flowers, according to a Wisconsin Legislative Audit Bureau report.

Lawmakers subsequently called for the termination of the corporation's $46 million contract with the state.

In the most recent scandal, Maximus recommended that Wisconsin's Department of Health Services adopt billing methods that have now been judged improper, including billing for administrative costs that should not have been included, according to an earlier Journal Sentinel article. The U.S. Department of Health and Human Services Inspector General found that, for every $20 the state had claimed from the federal agency under a Medicaid program known as Health Check between October 2004 and September 2006, $19 out of that $20 was claimed improperly, according to this week's report.

Maximus was hired to maximize revenue for the state, and "received 9 percent of any increased federal payments to the state, with the fee dropping to 4.5 percent toward the end of the time frame," according to the report.

Maximus' consulting contract with the state ended in 2009, but the state continues to use the disputed billing practices the company had recommended under Governor Scott Walker's administration, and has planned to continue receiving the additional revenue from the federal government in the two-year budget ending in June 2015, according to the Journal Sentinel.

The state's contract with the company, which was renewed in 2004 by former Governor Jim Doyle's administration, would require Maximus to return any consulting fees they earned as part of the process that has been judged improper in the federal audit. But Health Services spokeswoman Stephanie Smiley told the State Journal that the state has not yet tried to get back any of the $3.4 million it paid Maximus.

Senator Rob Cowles (R-Green Bay), co-chairman of the Legislature's Joint Audit Committee, told the Journal Sentinel he hoped state officials would avoid giving consulting companies like Maximus similar incentives in future contracts because it exposes taxpayers to excessive risk and invites excessive claims on federal taxpayers. "Now it's come back to bite us. ... When I hear stuff like this, I do a slow burn," Cowles told the paper.

This is an update to one of a series of corporate profiles on the privatizers and profiteers selling out our democracy. To see the full corporate rap sheet on Maximus, visit OutsourcingAmericaExposed.org and follow the conversation on Twitter at #outsourcingamerica.