Waste Management Reaps Treasure from Your Trash and Taxes 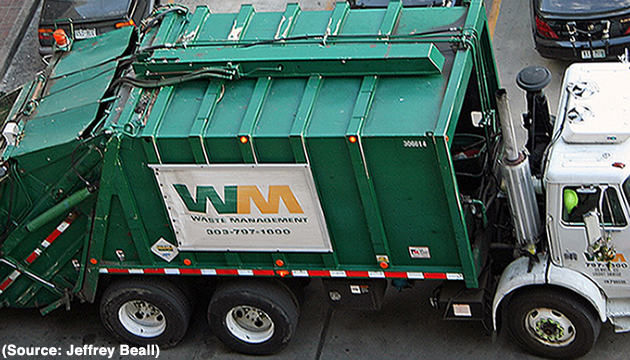 The Mobile Solid Waste Authority alleged in mid-August that WM was in breach of its contract because it had underpaid the city and unilaterally changed the way it reported the amount of garbage accepted into the landfill it operates, reporting only about half as many tons to the city (resulting in lower royalty payments to the city) as it had reported to the Alabama Department of Environmental Management. The city authority ordered an audit and said that if the issues weren't resolved within 90 days, operations would be reverted to the city, which owns the landfill in question.

WM promptly sued the city authority for $75,000 in response, alleging that "the authority failed to negotiate changes in pricing due to a variety of factors including increased fuel costs, regulatory changes, and capital improvements," according to the Alabama Press-Register. Waste Management also claimed that the city underpaid it, instead of the other way around, despite the dramatic differences in reported garbage.

Jim Rossler, an attorney representing the city of Mobile, called the suit "exactly what we anticipated" from a company he said has a "culture of engaging in bullying tactics."

This isn't the first time that WM, the largest waste collection company in North America, has been involved in a major accounting controversy, either.

In 2005, WM paid $30.8 million to the Securities and Exchange Commission (SEC) to settle allegations of "egregious" and sustained accounting fraud, without admitting any wrongdoing. The lawsuit, brought in 2002 against the founder and five other former top officers of WM, charged them with "perpetrating a massive financial fraud lasting more than five years," according to an SEC press release regarding the litigation.

Then-associate director of the SEC's Division of Enforcement, Thomas C. Newkirk, called it "one of the most egregious accounting frauds we have seen," stating, "For years, these defendants cooked the books, enriched themselves, preserved their jobs, and duped unsuspecting shareholders." WM denied any wrongdoing, but paid more than $30 million to settle the suit.

The SEC also fined the company's long-time auditor, Arthur Andersen LLP, $7 million for its role in the audits in 2001.

What Comes of Outsourcing Waste Management Services to For-Profit Firms?

Over the past three decades, an increasing number of Americans have had their household waste collected by private companies like WM, even though waste management services have traditionally been provided by municipalities and public workers, as water and children's education have been. In the 1980s, these services began to be "outsourced" to for-profit firms, which now provide at least 50 percent of solid waste management services in the United States. WM was founded in 1987 and has been a driving force in the trend toward privatization.

Not only are some WM workers paid significantly less than their public sector counterparts, but the number of deaths in this dangerous industry was higher among workers at for-profit companies than among public sector workers from 2003 to 2009, according to the National Institute for Occupational Safety and Health.

WM owns and/or operates 269 landfill sites, which the company says is the largest network of landfills in its industry. Overall, landfills (private and public) produced 17.5 percent of total U.S. anthropogenic methane emissions in 2011, and have produced as much as 34 percent in previous years.

For-profit companies invest in the most common methods of disposal -- landfills and incinerators -- which are profitable, but contribute heavily to pollution and climate change.

WM acknowledges that its profits are affected by any new regulations geared toward reducing greenhouse gas emissions at the state or federal level.

WM claims in its 2012 annual report that "stringent government regulations" that "govern environmental protection, health, safety, land use, zoning, transportation and related matters" are a threat to its bottom line, as well as any potential climate change legislation which might have a "material adverse effect on our results of operations and cash flow".

The company lobbies on these issues at the federal level, as shown by lobbying reports filed with the U.S. Congress.

Waste Management's Wheelabrator division agreed to pay $7.5 million, the "highest ever for a state case arising out of environmental violations," in a settlement with the Commonwealth of Massachusetts for "a host of environmental violations" in May 2011, according to the Eagle-Tribune. The company admitted no wrongdoing in settling the case with the state. The company allegedly released the untreated ash from incinerated trash into the air and water in multiple locations in the state. Incinerator fly ash often contains high concentrations of heavy metals such as lead, cadmium, copper and zinc as well as small amounts of dioxins and furans.

WM has also been a member and leader of the American Legislative Exchange Council (ALEC), which has pushed bills to change state law to expand the privatization of waste management services, starting shortly after WM was founded. Tellingly, WM was a "private sector" leader of ALEC in the mid-1990s as ALEC was peddling "Enabling Legislation for Public-Private Infrastructure Partnerships," which specifically promoted outsourcing the management of solid waste facilities and related infrastructure to for-profit firms, according to ALEC's 1996 Sourcebook of American State Legislation. 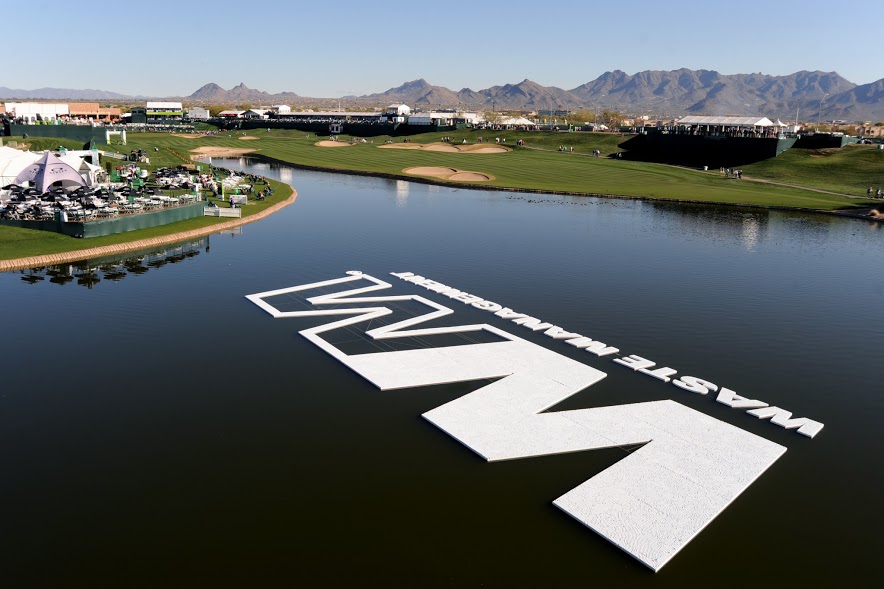 WM is also the "title sponsor" of the Waste Management Phoenix Open, "the best-attended golf tournament in the world," each winter, with a $6.2 million purse in 2013, and with individual golfers winning six- and seven-figure prizes (of up to $2.5 million), according to the tournament. The event features other sponsors, although WM is the lead sponsor, and media representatives for the tournament would not divulge any financial details of sponsorship arrangements. Title sponsors generally pay between $8 million and $13 million per event, according to Forbes, with title sponsors of events that get broadcast on CBS as well as the Golf Channel (as the Waste Management Phoenix Open is) paying more. And because the tournament is hosted by a non-profit organization, the Thunderbirds (whose website is WMphoenixopen.com), some portion of WM's sponsorship is tax deductible for the corporation. The charity gives out grants to other charities related to it as well as in the community. It paid its executive director compensation totaling $313,661 in 2011. It also paid WM $647,862 for collecting trash from the tournament in 2011.

But WM, which is presumably funded largely by taxpayers,* can well afford hefty sponsorships. In its 2012 fiscal year, WM took in $13.65 billion in total revenues, with net profits of $1.3 billion before taxes. Its chief executive officer, David Steiner, received $7.6 million in compensation in 2012 and $33.7 million in total compensation between 2008 and 2012. The company's other key executives made a total of $70.3 million in the same years.

With towns and cities across the United States facing shrinking budgets since 2008, taxpayers may well wonder what better uses their tax dollars could be put to in their own communities than lavish golf purses and exorbitant profits and executive compensation.

This is the latest in a series of corporate profiles on the privatizers and profiteers selling out our democracy. To see the full corporate rap sheet on Waste Management, visit OutsourcingAmericaExposed.org and follow the conversation on Twitter at #outsourcingamerica.

* WM did not respond to a request for clarification on percentages of revenue derived from public sources, but its 2012 annual report states, "We provide service to a number of governmental entities and municipalities, some of which have suffered significant financial difficulties due to the downturn in the U.S. economy and reduced tax revenue."

Skip hire is a popular waste management service in Woodford Green in which providers deliver a skip and collect on a scheduled date. After collection, junk is recycled, dumped or removed to the landfill based on the nature of garbage.