The Supreme Court agreed on October 15 to review the U.S. Environmental Protection Agency's (EPA) authority to regulate greenhouse gases from stationary sources like power plants under the Clean Air Act. Of the nine petitions for review it received, it accepted only six, and will only review one question from those petitions: "Whether EPA permissibly determined that its regulation of greenhouse gas emissions from new motor vehicles triggered permitting requirements under the Clean Air Act for stationary sources that emit greenhouse gases." 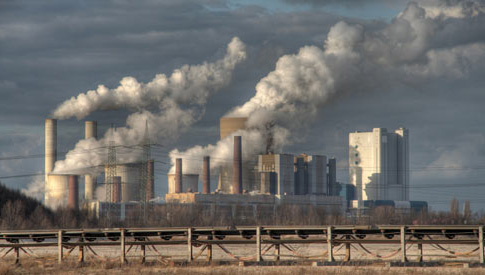 The court let stand the EPA's "endangerment finding" -- that "current and projected concentrations of ... greenhouse gases ... in the atmosphere threaten the public health and welfare of current and future generations" -- as well as its vehicle emissions standards, both of which had also been challenged by industry groups petitioning the court.

Although the court could rule against the EPA's ability to regulate stationary sources of greenhouse gases, which most scientists agree contribute to climate change, some larger environmental groups hailed this limited review as a partial victory. The Sierra Club, Natural Resources Defense Council, and Environmental Defense Fund all released statements applauding the court's decision to narrow its review.

Brian Potts, a lawyer specializing in environmental regulation at Foley & Lardner, told the Washington Post's "Wonk Blog" that the court could in theory "gut EPA's ability to regulate stationary sources like power plants," but he thinks the EPA is on fairly solid legal footing with its program to require power plants and other carbon-emitting facilities to obtain permits to emit greenhouse gases and adopt pollution-reduction technologies, the regulatory assertion that the court will review.

The American Legislative Exchange Council (ALEC) has adopted a host of "model" resolutions in opposition to EPA regulation, particularly its regulation of greenhouse gases (such as its "Resolution in Opposition to EPA's Plan to Regulate Greenhouse Gases under the Clean Air Act") and has released several publications criticizing what it calls the EPA's "regulatory train wreck," specifically its regulation of greenhouse gases under the Clean Air Act. ALEC's "Energy, Environment, and Agriculture Task Force," the source of the resolutions and publications, is populated with energy corporations that have a vested interest in reducing or eliminating regulation of greenhouse gases -- including American Electric Power, Duke Energy, Energy Future Holdings, Koch Industries, Peabody Coal, BP, Chevron, ExxonMobil, and Shell Oil.

The Obama administration and environmental advocates had urged the Supreme Court to reject the case entirely. The court will hear arguments in early 2014 and rule by July, according to Bloomberg.