This brings the tally to at least 44 corporations that have cut ties to ALEC in the past year.

A BMS spokesperson told Tim Brennan, Treasurer and CFO of the Unitarian Universalist Association, which had been in dialogue with the company over expanding its lobbying disclosure, that the pharmaceutical giant did not renew its membership in ALEC at the end of 2012. BMS spokesperson Fred Egenolf confirmed the company's decision to leave ALEC with the Center for Media and Democracy (CMD).

WellPoint quietly announced on March 1 that it had not attended an ALEC meeting nor supported ALEC financially since the summer of 2011 and that it has "no current plans to support ALEC or attend any of their meetings."

The exit of these companies brings the total to 44 major American and multinational for-profit corporations that have departed ALEC in recent months. Blue Cross Blue Shield was the first health insurance company to cut ties with ALEC, in February 2012; and BMS' departure from ALEC was preceded by those of pharmaceutical companies Procter & Gamble, Johnson & Johnson, Amgen, Merck, and Sanofi in 2012. ALEC's new spokesman recently asserted to a blogger that some of the corporations that left ALEC last year have returned, but he refused to provide any names or evidence to back up his claims, and the organization has a documented history of counter-factual assertions. 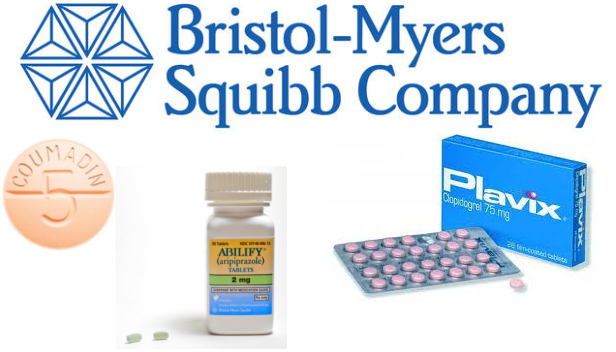 BMS has been a member of ALEC's Health and Human Services (HHS) Task Force. The HHS task force has adopted bills opposing health care reforms and supporting the privatization of Medicare and Medicaid. ALEC has also pushed bills that make it harder for families of Americans killed or injured by pharmaceuticals to hold pharmaceutical companies fully accountable for harm. One ALEC bill even bars suit for death or injury from any FDA approved drugs unless the persons injured or their families can prove the company committed fraud, even though the FDA regularly recalls dangerous drugs that managed to get through the flawed, largely industry-captured FDA approval process.

In 2006, BMS and Sanofi-Aventis faced personal injury lawsuits alleging that the companies misled the public about the drug blood-thinning Plavix (made by both companies) and hid its risks, including much higher risks of heart attack, stroke, internal bleeding and death than previously reported. This followed a class action lawsuit with similar allegations. The personal injury suit was filed on behalf of Dorothy Hall, who "was prescribed and used Plavix from December 20, 2002 to Oct[ober] 4, 2005 for the purpose of preventing a heart attack or stroke" and "thereafter suffered two separate strokes, each requiring medical attention. Had Dorothy been properly warned of the risks of using Plavix, she never would have used it," according to a press release.

If adopted by states and passed into law, ALEC "model" bills would make cases against drug companies more difficult to bring, prove, and win, and would limit the power of juries to fully compensate victims and punish corporations that acted egregiously. 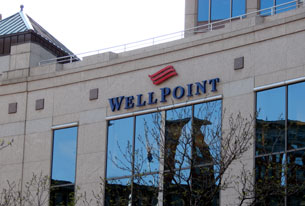 WellPoint has also been a member of ALEC's Health and Human Services (HHS) Task Force, which has also adopted bills to oppose health insurance reforms in addition to other measures.

WellPoint has been the subject of citizen protest in 2009 as one of the insurance industry giants that, according to activists, led "the charge against President Barack Obama's plan to create a 'public option' -- essentially an expansion of Medicare for working families -- to create more competition and give consumers more choices." Allowing one or two companies like WellPoint to dominate an insurance market lets firms "drive up premiums, restrict coverage, and take advantage of consumers," according to the Campaign for America's Future.

Six non-profits -- Lumina Foundation for Education, the National Association of Charter School Authorizers, the National Board for Professional Teaching Standards, the Gates Foundation, Solar Energy Industries Association, and the American Wind Energy Association -- and at least 71 state legislators have also cut ties with ALEC. In addition, as CMD has reported, 117 ALEC members were voted out of office or left state legislatures in 2011 and 2012.

CMD and public interest groups including ColorOfChange.org (which has led a corporate outreach effort), Progress Now affiliates, Common Cause, People for the American Way, Greenpeace, and numerous other groups, such as labor unions and the Unitarian Universalists, have urged corporations to stop funding ALEC's extreme agenda, which has included bills to make it easier to get away with shooting someone, harder for Americans to vote, and more difficult for workers to organize and negotiate with powerful corporations or the government.

ALEC, as with the Heritage Foundation, came about during the Reagan era. He personally welcomed them ... and new we are suffering their consequences. Both of these institutions, and others, have become all-consuming beasts ... just like the political party that spawned them. My take is that it's a shame to see people hiding behind the once honorable political party name - Republican - when they are in fact the real RINOs'.