Wenonah Hauter, Executive Director of the national advocacy organization Food and Water Watch, will be in Madison, March 18, to read from her acclaimed new book "Foodopoly: The Battle Over the Future of Food and Farming in America." Publishers Weekly calls it a "tour de force." 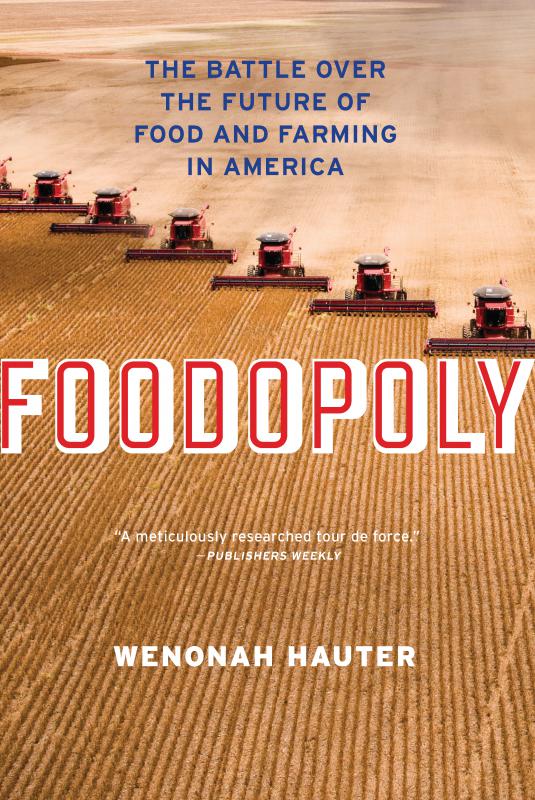 Since 2005, Food and Water Watch has lead the fight against corporate control of the U.S. food system, against the privatization of the U.S. water supply and against water contamination by hydraulic fracturing or fracking.

In her new book "Foodopoly," Hauter examines farming at the turn of the 20th century until today, and details the consolidation of the food chain from crop seeds to retail stores to argue that the people who grow our food, and consumers, have been cheated and manipulated by agribusiness and the leading food companies. She explores how the evisceration of anti-trust laws has dramatically increased consolidation among food and agricultural firms, which, along with the growth of big box stores and the marketing of junk food, has perverted how food is sold and marketed and what people eat.

Hauter also calls attention to the inherent cruelty to animals in confined animal feeding operations and the pollution of the environment that is part and parcel of the factory farming of cattle, hogs and chickens. She challenges the biotechnology advances that have led to the genetic modification of food crops and exposes large-company practices that are changing the organic food industry.

The Center for Media and Democracy's Food Rights Network will host a book reading and signing with Hauter at 7pm on Monday, March 18th, at the Goodman Center, 149 Waubesa Street, in Madison, Wisconsin. We hope you can join us for this rare evening with one of America's most ardent activists!

"[A] meticulously researched tour de force...deserves a place on the shelf beside the burgeoning journalistic explorations of the dangers of the current system." — Publishers Weekly 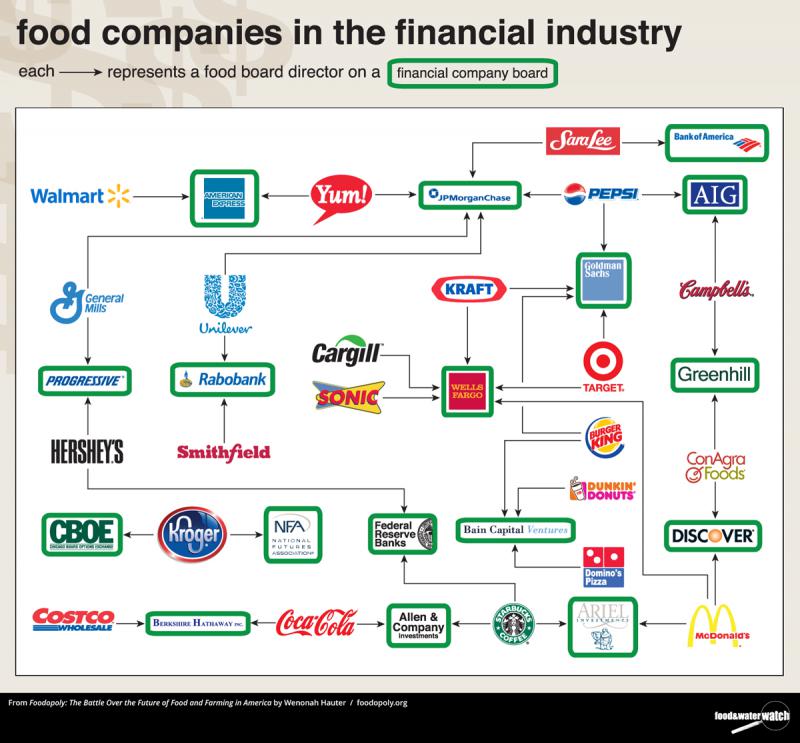 Two small ways we can fight this monopolization of food is to shop at our local co-op and to join a credit union.
Bill, that's true, but Hauter makes the point that this problem is not one we can shop our way out of. She urges good old fashioned political activism, talking to legislators, etc. I hope lots of folks come out tonight to meet her and learn more about the solutions to the corporate control of the food system! 7pm at Madison's Goodman Center: https://www.facebook.com/events/159535424201768/ Hope to see you there!