New details are emerging about how a multi-millionaire used shell corporations to funnel money to the Super PAC associated with embattled Tea Party group FreedomWorks for America -- and how those laundered contributions may have violated federal law.

FreedomWorks, which until recently was led by former House majority leader Dick Armey and GOP activist Matt Kibbe, has been in the midst of turmoil, with Armey abruptly resigning weeks after the November 2012 elections. Soon after his resignation became public, it was revealed that a majority of funding for the FreedomWorks Super PAC came from from Specialty Investments Group Inc. and Kingston Pike Development Corp., two corporations incorporated on September 26 and 27, respectively, and which gave over $12 million to FreedomWorks in the six weeks between their incorporation and election day.

Knoxville, Tenn.-based attorney William S. Rose incorporated both groups and is listed as Specialty Investments Group's CEO (and put his $634,000 home as its principal address). Both corporations have done little else besides give money to FreedomWorks, but Rose has denied that the entities are shell corporations, calling the business of the new companies a "family secret."

Two election watchdog groups are not buying Rose's claims. The Campaign Legal Center and Democracy 21 filed complaints with the Federal Election Commission before Christmas alleging the donations from these companies to the Super PAC violate federal law prohibiting political contributions from being made in the name of another person.

The contributions "raise serious questions about whether this was an illegal scheme to launder money into the 2012 elections and hide from the public the true identity of the sources of the money," said Fred Wertheimer, president of Democracy 21.

When asked about the laundered contributions in early December, Armey pleaded ignorance. "I know nothing about this," he told Mother Jones. "This kind of secrecy is why I left." Kibbe also said he knew nothing about the donations.

But in late December, after the complaints were filed, the Washington Post revealed that Illinois millionaire Richard J. Stephenson reportedly provided the $12 million that was laundered through Rose's companies, along with a request that at least some of the money support far-right Tea Party Congressman Joe Walsh in Illinois (who lost). 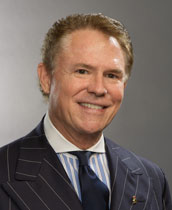 Stephenson, a former investment banker and founder of the for-profit Cancer Treatment Centers of America, has a seat on the FreedomWorks board. He was an early supporter of David Koch's Citizens for a Sound Economy, the right-wing advocacy group founded by David Koch that in 2004 split into FreedomWorks and Americans for Prosperity.

But Stephenson's involvement did not end there.

The Post described how Armey had staged a short-lived coup in the final weeks of the election, entering the FreedomWorks offices with an armed aide and firing five top employees. Stephenson intervened, offering Armey an $8 million payout in exchange for resigning from his post and remaining silent until after the election about his concerns regarding Kibbe's ethics. FreedomWorks was actively involved in the 2012 elections, both through its Super PAC and other aspects of its operations.

Armey told ABC News that Stephenson stepped in because he "was concerned I was going to resign [from FreedomWorks] and sue them before the [presidential] election. He didn't want an uproar. We all understood if I take any action that made it at all public it would be a press nightmare and we didn't want that before the election..."

"So [Stephenson] was saying, 'You know, Armey, my family and I have heard your story, about how you can't afford to retire and we want to help with your retirement,'" Armey said.

Armey will receive $400,000 a year for the next twenty years, ostensibly to serve as a "consultant" for Stephenson.

Super PACs -- made possible by the U.S. Supreme Court decision in Citizens United v. FEC and the related DC Circuit decision Speechnow v. FEC -- can accept unlimited, multi-million dollar contributions and spend unlimited amounts on ads run independently of candidates, but must report the names of their donors and the amount of their contributions. Despite wide public opposition to the Supreme Court striking down Congress' power to regulate election-related spending, the majority of justices in Citizens United placed great weight on the notion that the identity of donors should not be kept secret. "Transparency enables the electorate to make informed decisions and give proper weight to different speakers and messages," Justice Anthony Kennedy wrote for the majority in Citizens United.

Dark money nonprofits that do not disclose their donors played an unprecedented role in the 2012 elections but were not the only secret money game in town. Millions of dollars were also laundered to Super PACs through fake shell corporations apparently set up for no reason other than to allow wealthy donors (perhaps even foreign donors) to influence elections from the shadows. (CMD opposes such secrecy for such election spending, as it outlined in its testimony to Congress).

The individuals behind the shell corporations that donated to FreedomWorks may also have violated other federal election laws by failing to organize and register each corporation as a political committee and file financial statements, the Democracy 21/Campaign Legal Center complaints allege.

The groups also filed a complaint with the Department of Justice repeating the allegations. Although the FEC enforces campaign finance laws, the Justice Department can conduct criminal investigations of "knowing and willful" violations under the 1971 Federal Election Campaign Act.

The FreedomWorks Super PAC was not the only one to receive contributions from shell corporations. Restore Our Future, the Super PAC associated with Mitt Romney's unsuccessful presidential campaign, received $1 million each from F8 LLC and Eli Publishing, two corporations that appear to do little else besides provide donors a way to anonymously funnel money to political organizations. Former Bain Capital executive Edward Conard tried using the same scheme in 2011, hiding his $1 million contribution by forming a sham corporation called W. Spann LLC, but revealed his identity after critics filed a complaint with the FEC.

Neither the FEC nor the IRS, however, regularly review whether a corporation or corporate donor is a "shell." It is only because of intrepid investigators and journalists that corporations like Specialty Investments Group Inc. and W. Spann LLC have been uncovered as a sham, and the true source of their funds exposed.

Update Jan 3: Democracy 21 and Campaign Legal Center have supplemented their complaint with the newly-uncovered information about Richard Stephenson serving as the source of the donation.

At least they lost the presidential election. There has to eventually be some accountability regarding these super pacs. Elections can't be bought. That has to be the message.
This time.
This time.
Dick Armey in accepting $8 million to resign from the organisation he was going to leave because he was concerned about its direction reminded me of one of the funniest lines from British comedy. In a skit Peter Cooke acting as a billionaire had hired Dudley Moore as a piano teacher in the hope of learning to play Beethoven's Fifth symphony by the following week so that he and his orchestra could play it at his wife's birthday party. Moore complained that he had too much integrity to attempt such a task. Cooke answered by saying "I admire integrity and I am prepared to pay for it" Well done Dick $8 million buys quite a lot of integrity.
I always though the spelling was Dick Army. Well, at least it's hard to get the DICK part wrong.