Wisconsin's effort to open the state to predatory lenders using American Legislative Exchange Council (ALEC) legislation has paid dividends for the ALEC legislators behind it.

In May of 2011, Rep. Robin Vos, the ALEC State Chair in Wisconsin and head of the powerful Joint Finance Committee, rolled a provision into the 2011-2012 budget bill resembling ALEC model legislation and that legalized auto title loans. Democrats voted against the provision, but it ultimately passed the Republican-led Finance Committee and state legislature.

LoanMax is a member of the ALEC Commerce, Insurance, and Economic Development Task Force and is a pioneer in the car title loan business.

Predatory Lending Practices "Trap Borrowers in a Cycle of Debt"

Auto title loans are a form of high-interest, short-term lending that many states have recognized as unfair and predatory to low-income consumers. Research from the Consumer Federation of America and the Center for Responsible Lending indicates that "the typical car title loan has a triple-digit annual interest rate, requires repayment within one month, and is made for much less than the value of the car," with many borrowers eventually paying fees well in excess of the amount originally borrowed.

Consumer groups have opposed this type of lending not only because the high interest rates and short-term repayment period can trap consumers in a cycle of debt, but also because they risk losing their cars, which they often need to get to work. 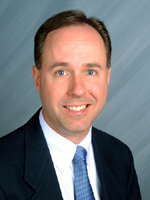 The ALEC "Title Pledge Act" has the same impact as Rep. Vos' budget amendment. It advances the interest of lending companies by giving short-term, 30-day renewable loans with very high interest rates and backed by a borrower's car title. The spiraling interest payments are very difficult for people in tough financial circumstances to keep up with, but the bill provides few consumer protections, for example failing to include a private right of action with strong remedies, and requiring that all claims be brought within one year. This provides little deterrence for predatory lenders, and because the budgets of regulatory agencies are limited, the state cannot adequately protect against abuses.

"It's fair to say that if Democrats had been in control, might they have done things that hurt their (title loan) business? Probably," Vos told the Journal Sentinel. As for the title loan industry's generous campaign contributions to Republicans, Vos said, "It makes sense to buy -- you know -- to have insurance."

The Consumer Federation of America, U.S. PIRG, and the Center for Responsible Lending sent a letter to ALEC in November 2005 warning that title pledge loans "trap borrowers in a cycle of debt" and noting that the ALEC model bill failed to include adequate consumer protections.

The letter also pointed out the distorting influence of "generous campaign contributions" from the title pledge industry.

"These people have the conscience of a pit viper," state Senator Bob Jauch told the Milwaukee Journal Sentinel.

Jauch, a Democrat who voted against the title pledge proposal, said there's no doubt LoanMax officials are giving to Republicans as a reward for last year's legislative action -- or, as Rep. Vos put it, as "insurance" to protect their industry. "There is no moral basis for these contributions," Jauch said.

Ask Vos if he's EVER offered health insurance to his popcorn employees (other than Marj or Tom Vos, his parents who are "on the payroll" for tax dodging purposes). Also, ask Vos why he gets a special TIF deal through his Dad on the Burlington Town Council. And, finally, you might want to ask Vos how Bill McReynolds "helps" his popcorn business? Because Vos is helping put Bill in touch with Wisconsin county leaders to replace full time family sustaining wages/benefits with part-time workers -- through McReynold's Premier Solutions Group.
If you want to limit special interest money in our campaigns, then trust people to make their own choices. It's better to have people rely on their own personal judgement, than to preempt it with government regulations that prompt special interests to get involved.
It's not regulation which allows special interest to get involved fool, it is de-regulation.
Predatory