Club for Growth Flexing Muscle in Races Across the Country, with Help from Big Donors | PR Watch

Club for Growth Flexing Muscle in Races Across the Country, with Help from Big Donors

Jeff Flake's August 28 victory in Arizona's GOP U.S. Senate primary made him the third upstart candidate to win an election this year with significant backing from the Club. The Club for Growth Action Super PAC spent nearly $600,000 and its nonprofit an extra $400,000 on ads supporting Flake, who has represented Arizona in the House since 2001, and who prevailed over his self-funded opponent Wil Cardon.

The group counted its first victory earlier this year after it spent $1.5 million on Indiana Senate candidate Richard Mourdock's upset over six-term incumbent Dick Lugar, followed by another upset in Texas, where Tea Party favorite Ted Cruz beat out Lt. Governor David Dewhurst with $5.6 million boost in ads from the Club.

But these big victories require big spending, and that requires big donors.

Though "dark money" nonprofit groups that do not disclose their funders have played a growing role in election spending this year, Club for Growth directs most of its election activities through its Super PAC, which can raise and spend unlimited sums but must disclose its donors. That transparency reveals that the Club's funders are some of the biggest in right-wing politics, and many have ties to the Koch network of right-wing organizations and institutions. 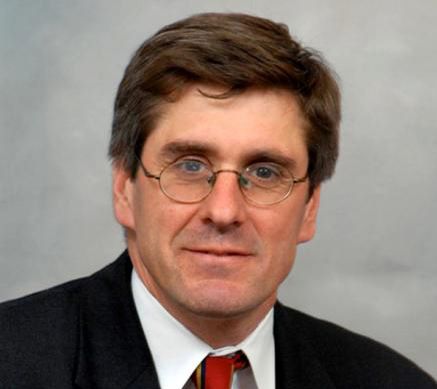 CFG was founded in 1999 by Stephen Moore, who served as its president until 2005 when he left to join the Wall Street Journal editorial board. As the Center for Media and Democracy has documented, Moore is a "scholar" at the Koch-funded American Legislative Exchange Council (ALEC) and one of the organization's most visible advocates. He is also the co-author of ALEC's annual "Rich States, Poor States" publication and has been a featured speaker at multiple ALEC meetings and events.

The Club's current leadership and big donors also have Koch ties. Several top donors are members of the Koch "million dollar club," meaning they have given more than $1 million to organizations or causes supported by the billionaire industrialist brothers and, according to a leaked audio recording, were thanked personally by Charles Koch at an exclusive donors meeting last year. This includes leveraged buyout specialist John W. Childs of JW Childs and Associates, who has given Club for Growth $1.1 million, New Jersey-based investor Virginia James, who has given the Club $1 million, and Marilyn Hayden, who has contributed $400,000 so far.

In addition to being major contributors, Childs and James sit on the Club's Board or Leadership Council, as does Marilyn Hayden's husband John. Also on the Club's Board is another member of the Kochs' "million dollar club," Frayda Levy -- who also is on the Board of Directors of the David Koch-founded Americans for Prosperity. Another Board member, retired oil tycoon John Bryan, is a major advocate of school privatization and was a featured speaker on charter schools at the Kochs' 2011 donor seminar in Palm Springs.

The Koch ties don't end there. The Chair of the Koch-founded-and-funded Cato Institute, Robert Levy, has given $100,000 to the Club (although Levy has clashed with the Kochs in the past), and another Cato board member, Howie Rich, also sits on the Club's board.

The Club does not report any direct donations from the Koch brothers.

Other Funders Are Top Donors this Year 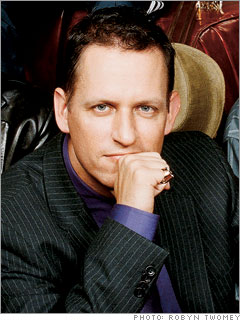 The Club's top donor in the 2012 cycle is hedge fund manager and Paypal co-founder Peter Thiel, who bankrolled the Ron Paul Super PAC Endorse Liberty to the tune of $3.9 million and reportedly funded activist filmmaker James O'Keefe's heavily-edited hit job on ACORN. (Thiel admits funding O'Keefe around the time of the ACORN videos but says his money was for a different project.) He has given Club for Growth $2 million thus far which, when combined with his contributions to Endorse Liberty, makes him the fourth-highest individual donor this election cycle behind mega-donors Sheldon Adelson, Harold Simmons, and Bob Perry.

The Club also received $1.1 million from top GOP donor and hedge fund manager Paul Singer. Singer is also a gay rights supporter who has given $1 million to start the American Unity PAC to encourage Republican candidates to support same-sex marriage. Singer's donations have not resulted in the Club backing gay-tolerant Republican candidates, though. The Club's biggest investment so far has been in Ted Cruz, who attacked one of his primary opponents for marching in a gay pride parade, boasts on his website about nullifying the divorce of two gay men who had gotten married in Vermont, previously fought to defend the Boy Scouts' ban on gay scout leaders, and warns that American politics has been hijacked by the "gay rights agenda."

The group has also received half-a-million from hedge fund manager Robert Mercer (including $250,000 in July alone), who earned $125 million last year. Mercer, the co-CEO of hedge fund firm Renaissance Technology, is one of the top 10 donors this election cycle, and has also given $1 million to the Super PAC supporting Mitt Romney, Restore Our Future, and $1 million to Karl Rove's American Crossroads.

Not every race the Club has targeted this year has been a win. It was the biggest outside spender in Wisconsin's Senate primary, but its preferred candidate Mark Neumann lost to former Wisconsin Governor Tommy Thompson (although the Club's spending helped push the terms of the primary to the right). It also lost in Nebraska, where state senator Deb Fischer emerged victorious over the Club-backed Don Stenberg.

Still, the Club has proven itself to be a formidable player in the 2012 primaries and will continue flexing its muscle in the general election. And with "independent" outside groups playing perhaps an even more important role in elections than party or candidate committees, big donors will likely continue providing the funds for the Club to extend its winning record.