Americans for Prosperity (AFP) has spent as much as 10 million dollars in Wisconsin in recent months influencing the potential recall of Governor Scott Walker, whose administration has been backed by AFP. Walker's election in 2010 was funded in part by AFP's chairman, David Koch, for example through the Koch Industries PAC and a one million dollar donation to the Republican Governors Association (RGA). AFP has claimed its multi-bus, multi-city tour across the state the week before election day and millions in ads and other expenditures have nothing to do with the election.

One of the many questions being raised about AFP is what, if anything, its massive investment in retaining the status quo is buying.

The Washington, DC-based special interest group -- co-founded and -funded by Mr. Koch, a New York City-based oil billionaire -- has gone all-out in the final week of the recall, spending on ads, rallies, buses, canvassers, and phone banks. The group, a non-profit, keeps repeating its claims to the press that it is simply informing Wisconsin residents about economic issues, not engaging in election activities reserved for politicians, parties, and PACs -- all of which report both their donors/donation amounts and all their campaign expenses to the public for accountability, unlike AFP.

Despite million-dollar ad buys out of Walker's own $30 million campaign war chest -- buttressed by millions more in ads bought and paid for by outside groups, such as RGA, the National Rifle Association, Wisconsin Manufacturers and Commerce, Americans for Prosperity and another non-profit, the MacIver Institute -- Walker is not crushing his opponent, Mayor Tom Barrett, according to recent polls. One poll puts the race at a dead heat, 48.7 to 48.6, and another has Walker up by the poll's margin of error (3%), which means Walker has actually lost ground since January as the state's television stations have become awash in millions in political ad revenue.

Tour Features Mobile Phones -- and Mobile Callers from Out of State 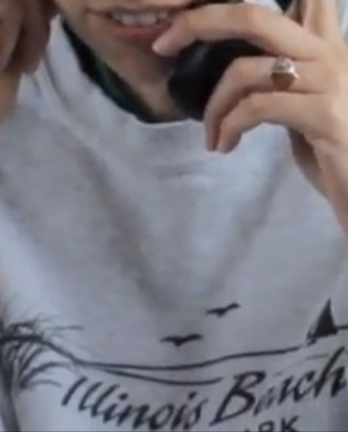 AFP's advertising does not appear to have bought Walker domination in the polls, but in an election this close its help may provide Walker with a significant boost in other ways. Its "Better Wisconsin" bus tour has moved in canvassers from other states and is also managing a mobile phone bank (with cell phones dubbed "Freedom Phones") to make calls on behalf of the AFP, touting Walker's accomplishments, in the view of AFP. It has advertised its expensive bus tour as a "grassroots" effort, featuring young-looking activists.

AFP's staffers and canvassers wear prominent green shirts at AFP rallies in Wisconsin, which also say "November is coming," which promotes a website urging people to oppose President Obama's "policies" in November, which again supposedly has nothing to do with the election referenced on the site. Because AFP gives green t-shirts to its crew, only a few were photographed wearing their own tops -- which referenced their roots in North Carolina, Illinois or elsewhere -- on the AFP buses.

In its bus tour, AFP has been joined by the Tea Party Express, which also just happened to time its "Reclaiming America" bus tour to coincide with the recall. Like AFP, the Tea Party Express is providing mobile phone banks, which it boasted "pushed the campaign envelope even further."

AFP Wants to "Touch Every Household in Wisconsin [by] Tuesday" 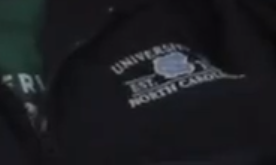 AFP President Tim Phillips also appeared on Fox News to explain his aggressive campaign strategy: "Our focus is making sure that we touch every household between now and Tuesday that we believe needs to hear the message of Governor Walker." Despite such statements and the millions spent so far, AFP continues to claim it is not intervening in the Wisconsin election in violation of federal tax laws that govern tax-exempt non-profit organizations.

David Koch's pet project has received extensive coverage from Fox News and CNN, despite the small crowds it has drawn from people in Wisconsin. The joint AFP/Tea Party Express rally in Madison drew only a few hundred people and was several times smaller than the rally held at the labor temple nearby on the same night. Embedded CNN reporter Chris Welch described attendance at the AFP rallies last week by saying "They really haven't had the biggest crowds I've ever seen some of them have even had as few as 25 people ... others have seen maybe 100, maybe 150 people."

AFP did gather more participants for its Saturday meeting in Racine, although its claim that 4,000 people attended appears inconsistent with images reflecting the number of people and cars at the event. The rally was composed of local Tea Party members and backers of Scott Walker, as well as folks were brought to the rally by bus, including at least 100 residents of Illinois.

Kleefisch repeated much of her campaign stump speech and Walker's own ads, saying, "We have a choice between forward and backward." Wanggaard echoed Walker's campaign slogan that he was "moving Wisconsin forward" and the Tea Party slogan that people are "Taxed Enough Already."

But controversial U.S. Congressman Paul Ryan (R-Janesville) received perhaps the most applause. In his remarks, he attacked the constitutional rights of Wisconsin residents, whose right to demand that politicians be recalled has been part of the power of state citizens for over 75 years. He claimed that if the recall succeeds Tuesday, "They'll just keep doing it," adding "they" are "trying to destroy Governor Scott Walker and Van Wanggaard." Ryan also continued to raise the boogeyman of European socialism, a frequent right-wing "dog whistle" that echoes Koch's prior claims: Ryan asserted that on Tuesday, "We have a choice of two futures in front of us ... Will we rekindle that American Idea and reclaim it, or will we go the way of big government ... of Europe...." The reference to Europe provoked a round of booing by the crowd.

AFP Threatens It Will Be "Better Funded" in the Future but by Whom?

AFP appears committed to spending millions on such campaign-style events while continuing to claim its efforts are not about candidates or elections. At the Madison Rally, AFP's staff leader, Phillips, said, "We're gonna continue talking about the good things the governor and this state legislature have done" and regardless of who wins, AFP will be back "bigger" and "better funded." What that means in concrete terms is uncertain, because AFP does not file state or federal election campaign disclosure forms that reveal its major funders or its spending on campaigns like the one it has conducted in Wisconsin these past several months. Indeed, AFP fought efforts to secure such disclosures in Wisconsin that had been proposed to address fallout from the U.S. Supreme Court's extreme decision in the Citizens United case in 2010.