Michelle Malkin Complains About the "Lynch Mobs" Going After ALEC 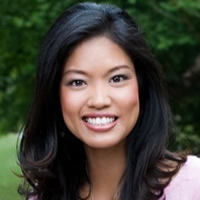 "And it's going to get worse," Malkin continued. "The fact that we have so many of these little lynch mobs that are going after Republican donors, Republican legislative associations like ALEC, and are trying to use as many ad hominem attacks as possible."

Apparently, Malkin thinks that customers asking companies they frequent to distance themselves from ALEC's extreme agenda, such as the Stand Your Ground/Shoot First laws linked to the Trayvon Martin killing, is comparable to horrific lynchings from the shameful Jim Crow era of U.S. history. Previously, Malkin's website, Twitchy.com, posted a picture of a boy in his boxers holding up two middle fingers for the camera, falsely claiming that it was Trayvon Martin. The site later acknowledged its mistake. However, the site continues to allow blatantly racist comments from readers to be posted.

Organizations like CMD, ColorOfChange, Common Cause, People for the American Way, and more have urged consumers to call and email corporations, asking them to end their affiliation with ALEC. To date, 14 corporations have decided to dump ALEC as a result of this consumer pressure. The groups are now focusing their efforts on State Farm, Johnson & Johnson, Amazon, and AT&T.

Malkin is basically engaging in terrorism against progressives. She already has had her lynch mob go after a DC progressive and they sent her death threats - which is why she went to court this morning and changed her handle. Malkin also seems to forget that progressives do a LOT MORE shopping than conservatives. That is a reason why we are paying attention to who is funding against the progress of this nation. We are taking names and we will be telling the companies to either drop ALEC or we will drop you. Sales of companies that sponsor Rush Limbaugh and ALEC have already suffered because people are not buying their products.
"progressives do a LOT MORE shopping than conservatives"...because they are spending conservative tax money.
Tax money they owe the American public.
Ho-hum. What did you *EXPECT* Michelle Malkin to do? There's no news here.
From my own "retarded" viewpoint to MM: I think it's better to be a slow-learner than to be a non-learner. It is even better to be a slow-learner than to be one of those non-learners who are so defensive about their ignorance and disability that they become either class disrupters or class clowns. In either case they are disrupters and, to the detriment of education, gang up with other disrupters. It can be quite incomprehensible to teachers and students who have to suffer such misbehavior, how often these disrupters seem to lack a conscience. One has to wonder about the unfortunate hollowness of their upbringing.
She's complaining already? We're just getting started. She'll really have something to complain about.
WAAAHH!!