MONTPELIER, Vermont — You can't see them. They're hidden from view and probably always will be. But the health insurance industry's big guns are in place and pointed directly at the citizens of Vermont.

Health insurers were not able to stop the state's drive last year toward a single-payer health care system, which insurers have spent millions to scare Americans into believing would be the worst thing ever. Despite the ceaseless spin, Vermont lawmakers last May demonstrated they could not be bought nor intimidated when they became the first in the nation to pass a bill that will probably establish a single-payer beachhead in the U.S.

When he signed Act 48 into law on May 27, surrounded by dozens of state residents who worked for many years to achieve universal coverage, Governor Peter Shumlin expressed great pride in what had been accomplished.

"We gather here today to launch the first single payer system in America, to do in Vermont what has taken too long—to have a health care (system) that is the best in the world, that treats health care as a right and not a privilege, where health care follows the individual, not the employer," Shumlin said. 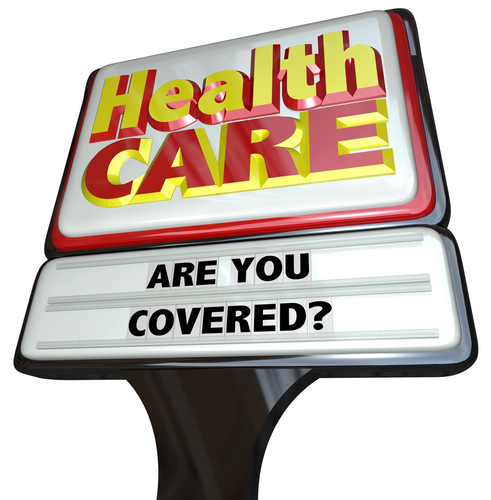 The problem for Shumlin and his allies is this: it will take five years before Vermont can fully implement its new system, partly because the federal health care reform law prohibits states from undertaking more far reaching reforms until 2017 unless granted waivers from the feds to do so. And though Vermont's Congressional delegation is on board to pursue a waiver that would let the state set up a single payer system two years from now, the insurance industry's friends in Washington are not keen to let that happen. That's because they want to use those five years to persuade Vermonters that they really don't want to go the single payer route after all.

During my 20 years as a health insurance PR executive, I was involved in numerous efforts to make the very term "single payer" toxic to most Americans. We even spent hundreds of thousands of premium dollars in 2007 to help finance the operation of a front group, called Health Care America, for the sole purpose of trashing a movie -- Michael Moore's "Sicko" -- that put single payer systems abroad in a favorable light. You can rest assured that the industry will spend much, much more to make sure that Vermont does not succeed.

I have observed in Vermont over the past several days just how the invisible hand of the insurance industry is working. Insurers know their efforts will be more effective if they can get others -- third party advocates, they call them -- to carry out them out. I recognized the campaign because the tactics are the same as those used in previous attempts to kill reforms insurers don't like.

Part of the strategy is to get key groups of individuals to begin raising doubts, to get Vermonters to second-guess themselves. Among the first groups the insurers have targeted are those most easily spooked -- certain business owners and physicians, especially specialists who thrive in the current system.

Last Wednesday, legislators got a sampling of what they're in for. At a hearing on creation of the state's health care exchange, or marketplace -- mandated by the federal reform law -- employers worried about losing the ability to choose from numerous competing insurers. And they worried too about not being able to shift their employees into benefit plans with high deductibles. Insurers and employers have been collaborating for the past several years in a mutually beneficial effort to shift more of us into high-deductible policies. The higher the deductible, the less insurers and employers have to pay for our care. This collaboration has been so successful that increasing numbers of American families filing for bankruptcy are, at least theoretically, insured.

At a hearing a few days earlier in Rutland, this one for health care providers, several physicians were, wittingly or not, using some of the same industry talking points I used to write for insurers' allies.

Dermatologist Dan McCauliffe was one of several doctors there who suggested that patients needed to pay more -- not less -- out of their own pocket for care. Ironically, this skin doctor joined other physician specialists in arguing that health care costs would never stabilize until patients had "more skin in the game," a term my former colleagues used frequently as we tried to spin the "advantages" of high-deductible plans. According to statistics from the American Medical Association, dermatologists are among the highest paid specialists, making on average more than $230,000.

So why do insurers care so much about Vermont? Even though Vermont is a small state where most for profit insurers have little business, the insurers don't want a single state to go single payer. Just last week, single payer advocates in California fell just a few votes short of getting a bill to the floor of the Senate for a vote. If Vermont succeeds, California lawmakers might actually get the votes they need.

Health insurers make enormous amounts of money off of us, something they cannot do so effectively in other countries, especially Canada. The four largest insurers, United, WellPoint, Aetna and CIGNA, reported earning a combined $11 billion on nearly $220 billion in revenues last year. For years insurers have been successful in persuading Americans to believe something that is at best debatable -- that they play a useful role in the U.S. health care system. They are nervous that if Vermont proves to the rest of the country that health insurers are about as useful as teats on a boar, they might have to figure out another way to make a few billion bucks.

*The health care image above comes from Shutterstock images.

I wonder about the numbers quoted $11 billion profit on $220 Billion in revenue. it seems small only five percent profit margin and less than $1000 a year per person in the US ( I think the population Is roughly 350 million). Am I reading this wrong?
Apparently $1,000 is a negligible sum to you; God bless your good fortune. :-) As for that $11 billion, just think of what it could buy in terms of improved health and quality of life for all Americans...oh, I forgot, that's <i>socialism.</i> Bite my tongue.