Park City Tragedy Underscores Tragedy of the U.S. Health Care System -- for Both Canadians and Americans 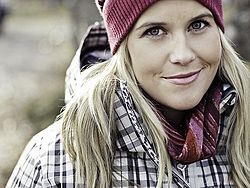 PARK CITY, Utah -- The journey I embarked on when I made the decision to leave a successful career in the health insurance business was a spiritual one. I can trace the decision to a true epiphany, to the very moment I saw hundreds of people standing, soaking wet, in long, slow-moving lines, waiting to get medical care that was being provided in animal stalls at a fairground in Wise County, Virginia.

It hit me immediately that had my circumstances been a little different when I was growing up near there, I could have been one of those people. It also hit me that the work I was doing as a spokesman for the insurance industry was making it necessary, at least in part, for those people to resort to such humiliation to get basic medical care. One of my responsibilities was to persuade Americans of the lie that most of the uninsured are that way by choice, that they have shirked their responsibility to themselves and their families.

Nothing could have been further from the truth. Our so-called health care "system" had simply left them behind.

I cannot tell you why I felt compelled to drive from my parents home in Kingsport, Tennessee to Wise County -- a distance of about 50 miles -- on that late July day in 2007. What I can tell you is that stretch of U.S. Highway 23 turned out to be my Road to Damascus. For the past few years, I have been dedicated to spreading the truth about how health insurance companies really operate in this country.

Last year my new career attracted the notice of Matthew Heineman, a documentary filmmaker in New York. He and his team interviewed me for a movie, Escape Fire: The Fight to Rescue American Health Care, that premiered Friday at the 2012 Sundance Film Festival here in Park City. I have not seen anything that better captures just how dysfunctional our system really is and how urgent it is for us to transform it.

I was invited to the premier and to be part of a town hall-type discussion with others who were interviewed for the film, including famed cardiologist Dr. Dean Ornish and Dr. Don Berwick, who until recently served as head of the U.S. Center for Medicare and Medicaid Services.

As fate would have it, I am staying in a hotel with a magnificent view of one of Park City's most famous ski slopes. Had I been here just a few days earlier, I very possibly might have witnessed a tragedy that sent shock waves through the sports world.

While training on that halfpipe slope, Canadian freestyle skier Sarah Burke suffered a torn vertebral artery in her neck that caused bleeding in her brain, an injury that she died from last Thursday, the day my family and I checked into the hotel. At just 29 years old, Burke was considered a top-flight "acrobat-on-skis," and a medal contender at the 2014 Winter Olympics in Russia.

Instead, her family will be laying her to rest in her native Canada -- and pleading for money to help cover the estimated $550,000 they owe for the medical care she received at University of Utah Hospital over nine days.

The irony is that had the accident occurred in Canada, her family would not be facing having to come up with more than half a million dollars to pay for her care. Her care would have been covered because, unlike the U.S., Canada has a system of universal coverage.

An estimated 700,000 American families file for bankruptcy every year because of medical debt. No one in Canada finds themselves in that predicament, nor do they face losing their homes as many Americans do when they become critically ill or suffer an injury.

One of the things my colleagues in the insurance industry tried to get Americans to believe was that Canadians flock to the U.S. to get medical care they cannot get in their own country. That is a myth. Yes, some Canadians come to the U.S. for treatment, but not in large numbers. In fact, polls in Canada consistently show high levels of satisfaction among citizens with their country's single-payer system.

I probably would not have known about a fundraising effort that has been started by Burke's friends had my wife not come across a tweet about it Friday morning. I haven't been able to find anything about it so far in any media here in Utah. There was a report about her accident on the morning news, but no mention of the fundraiser.

I did find information about it in the Toronto Star, which quoted family members as saying they were "moved by the sincere and heartfelt sympathy" expressed by supporters worldwide. It is clear the family needs help. Not only are they grieving, they are facing financial ruin, simply because Sarah Burke's accident was in the United States of America.

I'm certain I would not have known anything about this had I not been interviewed for Escape Fire last year, or invited to come to Park City and stay at a hotel with a window overlooking the last slope Sarah Burke would ever ski.

It's a national crisis. And there's a push for the internet to be a basic human right! What about good health. Shouldn't that be a basic human right? After all, without good health there won't be humans around to use the internet. Providing people with good health diminishes human suffering and gives so many people a better outlook on life. Do you think someone who is in constant pain really cares about voting or who we elect to office? They don't and we shouldn't expect them to. Welfare and Medicaid are a joke. And I blame us, all of us, as a whole. If we had been doing a better job of caring for each other we wouldn't need the 'system' of entitlement healthcare that we have. Nature evolves, pushing us from behind, and we resist. The more we resist the harder life pushes. When we wise up and learn to quit fighting the evolution of the world the less we will get hurt in the process. We are standing at the edge of a new 'system'. Nature will be in charge, just like it always has been. We of the animate level of development must decide now if we want to advance to the human level or remain a beast.
As President, I will institute national health care with reciprocity with any nation willing to do so with reasonable limits on "it had to happen here for us to pay for it and vice-versa." Heck, many other countries already offer us free health care as that's how they do it there. Some countries don't even have a way to bill you easily. Imagine that from our hospitals. Visit www.ZombieDisposal.ORG and I'll make it happen.
The real question to be answered is why didn't Ms. Burke, knowing that she would be engaging in a very risky activity in the States, purchase insurance to cover her expenses should she be injured? Does she belong to an association which carries insurance for the members? You are wrong about the number of Canadians coming to the US for health care. When I was at the UNIV. of Michigan, about a third of the patients in their very large medical facility were Canadian. Cities like Buffalo and Rochester would be ghost towns if not for the Canadians filling the hospital beds in those cities.