If you wonder why the health insurance industry has to set up front groups and secretly funnel cash to industry-funded coalitions to influence public policy, take a look at the most recent results of the Kaiser Family Foundation's (KFF) monthly Health Tracking Poll. 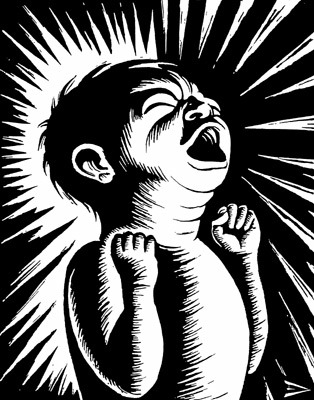 In its November poll, KFF added a few new survey questions to find out exactly which parts of the Affordable Care Act/Obamacare are the most popular and which are the least popular. Insurers were no doubt annoyed to see that the provision of the law they want most -- the requirement that all of us will have to buy coverage from them if we're not eligible for a public program like Medicare -- continues to be the single most hated part of the law. More than 60 percent of Americans have an unfavorable opinion of that mandate.

To Health Insurers, Information Clarity is Bad for Business

When it comes to what Americans like most about the law, the runaway winner is one of the provisions insurers most despise -- the one that requires them to provide us with easy-to-understand benefit summaries. That element of the reform law was viewed favorably by a whopping 84 percent of the public.

Until now, insurers have been able to get away with providing skimpy and often incomprehensible information about their benefit plans, including what is covered and what is not, and how much policyholders will have to pay out of their own pockets if they get sick or injured. The insurance firms have shown no willingness to communicate with their customers in a more forthright way, which is why an act of Congress was necessary to get them to do just that.

As I wrote a few weeks ago, the industry and its allies are lobbying the Obama administration to ignore that part of the law, arguing that to comply will cost millions of dollars that insurers would have to pass on to consumers. The companies insist that providing understandable information that allows us to compare plans serves no purpose that would justify the additional cost.

The reality is this: the estimated cost of compliance is just a tiny fraction of what insurance firms charge for their policies these days. No, the real reason for the industry's pushback is that insurers profit from our ignorance. They're concerned that if we can get information we've been denied all these years, we just might force them to provide better value for what we soon will be forced to buy.

Insurers are only the latest industry to protest requirements that they be more transparent and forthcoming with customers. In fact, what is playing out now in Washington is a replay of a similar protest by the food and beverage industries two decades ago. 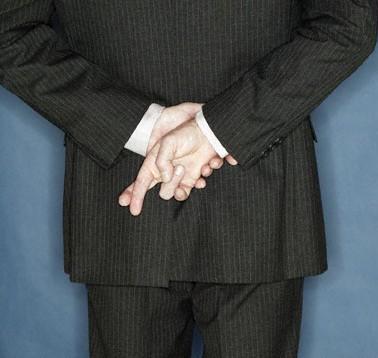 You would have thought that the idea of forcing them to provide us with ingredients and nutritional information in a standard format was entirely unnecessary and would -- you guessed it -- cost consumers millions of dollars.

The Grocery Manufacturers of America, which refers to itself as "the voice of more than 300 leading food, beverage and consumer product companies," was especially vocal in its opposition to a plan enacted by Congress in 1990 to bring uniformity and clarity to food labeling.

"You're talking about relabeling every packaged product subject to FDA regulation," a spokesman for the Grocery Manufacturers of America was quoted as saying at the time. "It will be a nightmare."

The food and beverage industries found a reliable ally in an organization called the American Council on Science and Health, which, not surprisingly, received financial support from food and beverage makers. ACSH's president, Elisabeth Whelan, railed against the food labeling requirement in a December 9, 1992, Wall Street Journal op-ed piece.

According to Ms. Whelan, "The (government's) labeling scheme is 'lite' on science, 'reduced' in common sense and 'high in fat' of the type that will inflate consumer costs."

Despite those protests, the government moved forward with its 'labeling scheme,' and required food and beverage makers to comply with it by May 9, 1994. There is little evidence that the industries' dire predictions came true, but there is ample evidence that millions of consumers have become much savvier grocery shoppers as a result of the labels.

I suspect that if KFF were to do a poll on whether Americans would like to go back to the old days when we didn't have any trustworthy information about what was in our food and drinks, there would be little support for it.

I also suspect that in a few years, Americans will find it hard to believe that we allowed insurers to keep us in the dark for so long. Let's hope the Obama administration will stand with consumers on this.

I think it'd make a great name for a health plan, even better than Humana!