One of the reasons why Congress has been largely unable to make the American health care system more efficient and equitable is because of the stranglehold lobbyists for special interests have on the institution. 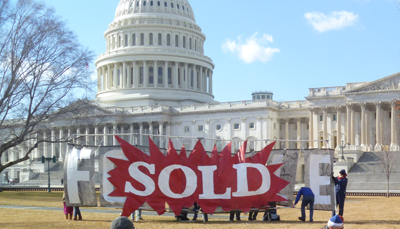 Whenever lawmakers consider any kind of meaningful reform, the proposed remedies inevitably create winners and losers. Physicians' incomes most likely will be affected in some way, as will the profits of all the other major players: the hospitals, the drug companies, the medical device manufacturers, and the insurers, just to name a few. The list is long, and the platoons of highly paid and well-connected lobbyists who represent their interests comprise a large private army that conquered Capitol Hill years ago.

One has to wonder, then, how in the world Congress was able to include a provision in last year's health care reform law to establish an independent board that would strip Congress of some of the authority it currently has -- but rarely is able to exercise -- over the Medicare program.

Everyone knows that without reform, Medicare is not sustainable. As the population ages and medical inflation continues, the amount of money the program will eventually have to pay out to cover beneficiaries' health care needs will exceed revenues.

But because of the power and influence of the lobbyists and the organizations they represent, Congress has not been able to do much more than tinker around the edges. Recognizing that reality, a few lawmakers who were not so beholden to the special interests were able to insert language in the reform law to create a panel of 15 health care experts, to be appointed by the President, called the Independent Payment Advisory Board, or IPAB.

The law says that if Medicare spending grows faster than gross domestic product plus one percent, IPAB must submit one or more cost-reduction proposals to Congress. If Congress decides not to approve them, but fails to make equivalent cuts of its own, the Department of Health and Human Services would have to enforce the IPAB recommendations.

Well, to hear the lobbyists for the special interests tell it now, nothing could possibly be worse for Medicare beneficiaries. If you think for a minute that they really are more concerned about the health care needs of Medicare beneficiaries than their own incomes, you have fallen victim to their spin.

In their zeal to target the IPAB, the medical and insurance establishment's lobbyists targeted the so-called supercommittee, which was charged with reducing the federal deficit. The chances of this bipartisan group of lawmakers actually fulfilling their responsibility was essentially nonexistent from the day it was formed, but that didn't stop the lobbyists from flooding committee members with appeals to get rid of IPAB. Now that the supercommittee has acknowledged it cannot fulfill its responsibilities, the lobbyists undoubtedly will now hound the rest of Congress to get what they want.

The PR operations of the special interests are also equipping their friends in politics and the media with talking points designed to make the American public afraid of the very idea that some entity other than Congress might make important decisions affecting Medicare. While polls show that the public is increasingly frustrated with the dysfunction that defines Capitol Hill, the special interests thrive on it. Anything other than the status quo is perceived as bad for business and bank accounts.

One of the things they want us to believe is that IPAB will, for all practical purposes, be a rationing board, that it will set up and operate the "death panels" Sarah Palin and others falsely claimed that Obamacare would create. They have charged, for example, that the IPAB's recommendations could result in cancer patients being denied access to necessary medications and treatments.

The truth is that the reform law specifically prohibits IPAB from altering benefits or engaging in anything that could be considered rationing, but the truth is frequently an inconvenience to lobbyists and spinmeisters.

Among the lobbying and PR groups that sent letters to the supercommittee urging it kill IPAB is the American Hospital Association, even though it was able to get hospitals exempted from IPAB's recommendations until 2020. The American Medical Association has also weighed in. Physicians, to the AMA's dismay, got no such exemption.

The special interests also want us to fear having an "unelected" panel of "bureaucrats" making decisions that members of Congress -- supposedly accountable to voters -- should continue to make. The problem with that, of course, is that Congress as an institution is not accountable so much to voters as it is to K Street, where many of the lobbying firms have their offices.

Another problem they conveniently avoid mentioning is that the Congressional Budget Office has said that doing away with IPAB would increase Medicare spending by $2.4 billion between 2018 and 2021. Even if the six Republican and six Democrats who comprise the supercommittee could agree on anything, they would be hard pressed to come up with a believable rationale for getting rid of something that would actually help them achieve their goal -- reducing the deficit.