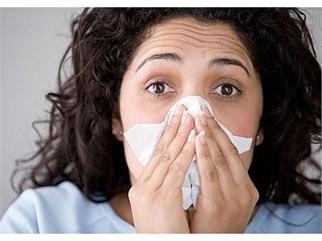 Last week, the city of Philadelphia mandated paid sick days for "workers whose employers have contracts with the city or apply for city subsidies." Last month, Seattle also passed a paid sick leave ordinance. Connecticut passed a bill in June that will make it the first state in the nation to mandate paid sick leave for service workers. Food service workers are a special concern of such laws.

Workers in these locations will no longer have to come to work with the flu or other infectious illness, endangering the health of their coworkers and customers and exacerbating their own health.

All of these are similar in intent to the ordinance passed by referendum with over 70 percent of the popular vote in Milwaukee in 2008. In May, however, Wisconsin Governor Scott Walker overrode the local ordinance, preempting it by changing state law. 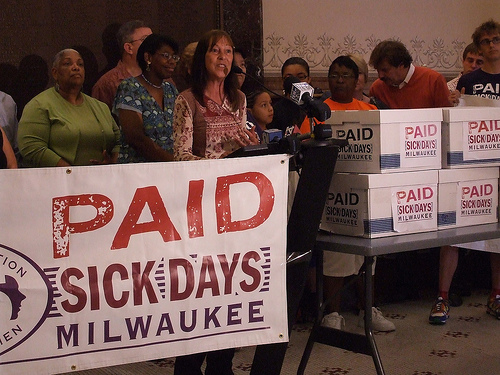 Milwaukee's law specified that paid sick leave could be used if a worker is ill, needs to care for a sick child, or obtain counseling if raped or battered, for example. The law also barred companies from penalizing workers for exercising their rights and from erecting unreasonable barriers to impede the fair use of sick leave.

When Governor Walker and state legislators overrode this ordinance, they not only steamrolled local democratic will (overriding a law that passed by an overwhelming vote), but they also repealed the rights of working people to get medical treatment they need, lead healthier lives, and help safeguard the health of their families, coworkers and customers.

Dana Schultz, lead organizer of 9to5 Wisconsin, a working women's association that led the coalition that fought successfully for paid sick leave in Milwaukee, said, "We are in a jobs crisis, and now is the worst time to lose a job because your kid gets sick or you get the flu. We see this [paid sick leave] as a job preservation strategy. It's common sense, it's good for workers, it's good for business, and it's good for public health."

Will Philadelphia's and Seattle's new ordinances be overridden by their states? Or will the states back them up, as Connecticut has? If the American Legislative Exchange Council (ALEC) has any say in the matter, Pennsylvania and Washington State should override the city ordinances as Wisconsin has done.

ALEC is the corporate-funded bill mill where right-wing legislators and corporate members craft, then vote to approve, "model legislation" that mostly benefits the corporate bottom line. ALEC's 2011 Annual Meeting was held in New Orleans in August.

According to materials obtained by the Center for Media and Democracy, paid sick leave was a hot topic on this year's agenda of corporations and their allied politicians. "Paid family medical leave" was the only topic of discussion by the Labor and Business Regulation Subcommittee of the Commerce, Insurance and Economic Development Task Force, according to the meeting minutes.

Meeting attendees were given complete copies of Wisconsin's 2011 Senate Bill 23 (now Wisconsin Act 16), as a model for state override. They were also handed a target list and map of state and local paid sick leave policies prepared by ALEC member, the National Restaurant Association. In Wisconsin, the Wisconsin Restaurant Association lobbied for SB 23 to repeal the sick leave ordinance, as did the the Metropolitan Milwaukee Association of Commerce (MMAC), the local branch of the the U.S. Chamber of Commerce, an ALEC member. The effect of the repeal will be more sick workers at work, making others ill, in order to save or increase profits by corporations.

A September 2011 study by the Institute for Women's Policy Research (IWPR) shows that paid sick leave in San Francisco has strengthened its job market relative to surrounding counties in California in the four years since its enactment.

The Denver-based Bell Policy Center released a study this month finding that, according to Bell president Wade Buchanan, "the experience in cities that already have paid-sick-leave laws shows the costs to businesses are modest and manageable - and largely offset by improved productivity and reduced turnover." Denver's paid sick leave ordinance goes to the polls on November 1st.

Each municipality and state that passes a paid sick leave bill adds momentum to the national push to pass the federal Healthy Families Act. The federal bill would address the gaps in coverage and other deficiencies found by the Center for Economic Policy Research (CEPR), whose 2009 report (pdf) found that, out of "22 countries ranked highly in terms of economic and human development ... the United States is the only country that does not guarantee that workers receive paid sick days or paid sick leave." 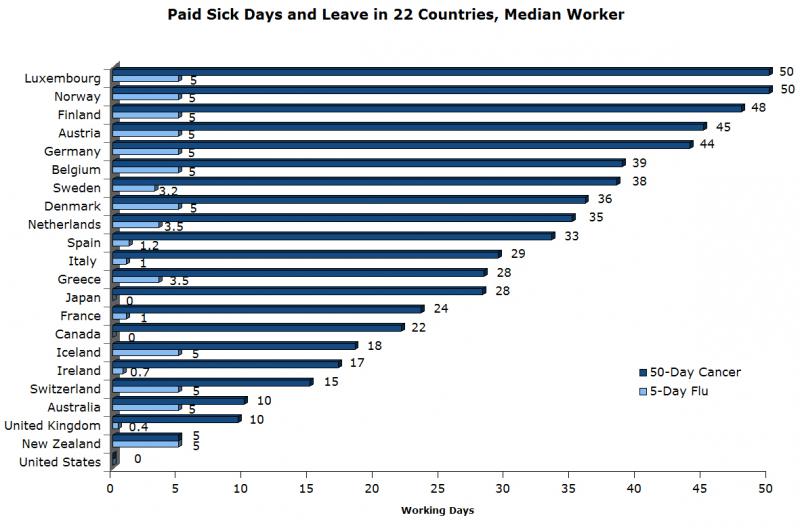 Gee, what a shock. The anti-progress GOP once again has America at the bottom of the list. Just remember folks, THESE are the patriots!
So what is wanted is paid sick leave. It's not about being fired for missed work? I missed days at Pizza Hut due to being sick and they never fired me. We were both realistic. Good help can be difficult to find. So if you are good help, they will keep you.
I cannot believe your country only passed this a few years ago, and not even imposed this in the entire country. What kind of slave drivers are the US Government anyway? Gosh, bailing out corporations, forcing people to pay thousands for education, privatised healthcare and NO PAID SICK LEAVE. Gee, Cuba doesn't sound so bad after all. You have no funds and your unemployment level is at 9%, yet you are able to build a marine base in Australia...for what reason exactly??? I feel sorry for all of the US Citizens, you are trapped. May god help you.