Do We Really Need Insurers in Primary Care? | PR Watch

Do We Really Need Insurers in Primary Care? 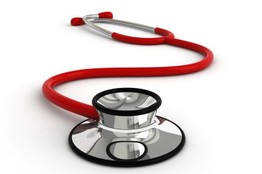 For health insurance executives, there is no scarier word than disintermediation. It's a fancy word that means eliminating the middleman, and those executives know that to many folks, they are the middlemen who all too often stand between patients and their doctors.

Now a small but growing number of doctors are figuring out that they and their patients can do quite well without the middleman. If this nascent trend catches on, insurance executives might soon discover that they have been disintermediated, at least as far as the delivery of primary care is concerned.

No other country in the developed world allows insurance companies to control its health care system like the U.S. does, and the fact that we do is one big reason why America spends so much more on health care than anyone else on the planet.

In a 2007 McKinsey & Company report titled "Accounting for the Cost of Health Care in the United States," the authors, who had studied numerous health care systems abroad, noted that 30 percent of U.S. health care costs are spent on administrative functions unknown in other countries.

Not only do U.S. insurance companies themselves devote up to a fifth or more of the premiums they collect from us on overhead, they also make it necessary for providers and employers to maintain large staffs doing nothing more than dealing with insurance companies all day.

Citing a 1999 study, McKinsey said the U.S. could spend $209 billion less every year by eliminating administrative expenses that add little if anything to quality of care. And that was in 1999 dollars. The savings would be much greater today.

Among the Americans most fed up with insurance industry bureaucracies are an endangered species of medical professionals: primary care physicians. Believing that there is no real reason why health insurers should be involved in their work at all, several have started a movement to liberate themselves.

One of the leaders of the movement is Garrison Bliss, a Seattle doctor who is one of the founders of an alliance of docs called the Direct Primary Care Coalition.

Better Care at a Lower Cost, and Easier on Doctors 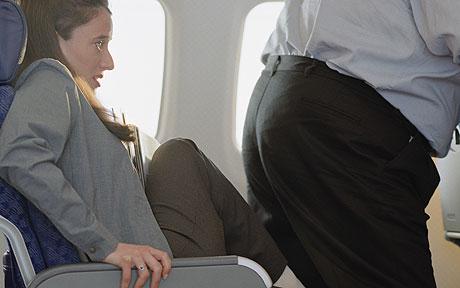 Bliss's practice, Qliance, charges patients between $49 and $89 per month based on age, regardless of health status. Qliance is able to offer those rates -- even though it schedules appointments seven days a week -- primarily because it has eliminated the costs and time associated with insurance billing. Qliance patients can also be in contact with Bliss and his colleagues by phone or email, which reduces the need for many office visits. There is no restriction on utilization of services.

Bliss told me he started Qliance because, "I had a fear that primary care itself was not going to make it.

"There were a lot of economic issues and practical issues and reimbursement issues that had crept into primary care," he said. "Reimbursements (from insurers) were going down and costs were going up. As a result, primary care practices had gotten into the habit of seeing more and more patients, doing more and more lab work and x-rays and procedures, anything that would get reimbursed in our system."

Primary care doctors, he said, found themselves on an exasperating professional treadmill. Many doctors began retiring early and fewer medical students were even considering primary care as an option.

Bliss noted that about half of every graduating class of medical students once went into primary care. Now, he says, it's about 10 percent, and even less at some schools. "When primary care is weaker all kinds of disasters happen," Bliss said. "There are more visits to the ER, people delay getting the care they need, many others end up seeing specialists and being admitted to the hospital unnecessarily."

Bliss says that about 90 percent of health care services provided today are referred to as primary care or preventive care. And he contends that those services can be delivered more cost effectively if insurers are removed from the equation.

Bliss does not advocate the abolition of insurance companies or suggest that people who are currently insured give up their coverage. He does, however, think insurance coverage is more suitable to protecting people from catastrophic illness.

"Insurance as a business model is extremely efficient at taking care of a limited number of very serious health-related problems" he said. "Insurance companies know how to spread the risk for such care." It was when they got into providing coverage for primary care that the situation -- and the costs -- got out of control.

Bliss says patient satisfaction has gone up and utilization of many medical services has gone down since he switched to the direct primary care model. Compared to more traditional practices in the Seattle area, he said, Qliance patients made 65 percent fewer visits to the ER, were hospitalized 43 percent fewer days and had 66 percent fewer appointments with specialists last year.

Lawmakers are beginning to take notice of the emergence of direct primary care practices and are passing laws at both the state and federal level to encourage their growth. In fact, a provision of the federal health care reform law should give such practices a big boost in 2014. When the state health care exchanges are up and running that year, direct primary care practices can be listed as a qualified option and can be eligible for federal subsidies for their patients so long as they have a "wrap-around" relationship with an insurer to provide coverage for catastrophic care.

Bliss is confident that by getting insurers out of the primary care business, health care costs will start to come down and patient satisfaction and outcomes will go up.

This seems like a good idea but if you get sick and have to go to a hospital or you need surgery then your not covered by them so you would need hospital insurance through someone else and does anyone offer just hospital insurance? Could this approach be extended to provide full coverage? Of course, this is getting back to what Hillary Clinton's committee proposed long ago which was based upon the idea of achievable benefits. Physicians fill out a form which indicates what they accomplished for the patient (one page) and you throw the rest of insurance out the window. That's essentially the system in England or it was last I checked.