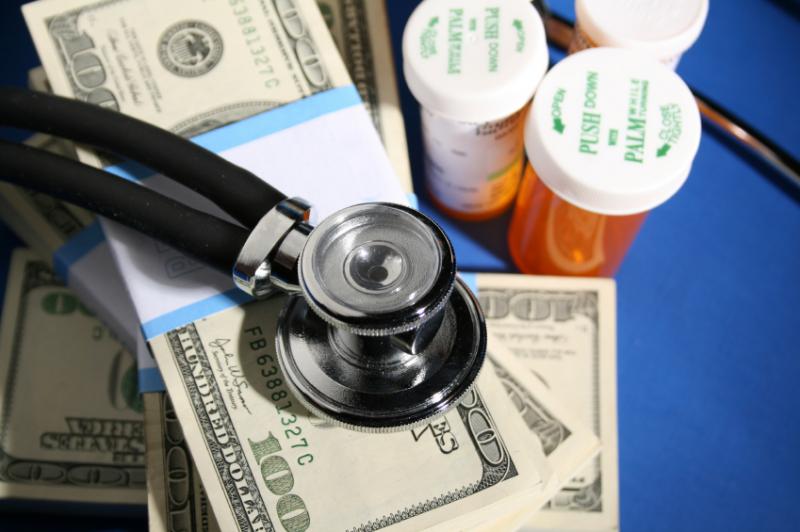 Want to be an entrepreneur but also be certain you'll have health insurance?

Good luck with that. You might seriously consider moving to Denmark or Canada. Those countries have not only achieved universal health care coverage for their citizens -- coverage that's not tied to employment -- but they have also moved ahead of the U.S. in the Small Business Administration's ranking of entrepreneurial performance worldwide.

Contrast that with our situation stateside. Many of America's best and brightest are locked in soul-killing corporate jobs because of this country's employer-based health care system. A lot of them undoubtedly would love to make a break from their corporate jails and start their own businesses. But they won't -- especially if there's a family to support -- because they fear losing health care benefits and not being able to find decent coverage on their own.

When it comes to recruiting the best talent, big corporations have a hefty advantage over small business owners in this country. With hundreds and often thousands of employees, large firms can spread the risk of insuring their workers and offer coverage with richer benefits and lower premiums than small businesses. And most big employers are able to pay a larger portion of their workers' premiums than small employers. Big companies that offer health care benefits also have historically enjoyed tax advantages that have not been available to small firms.

This is one of the reasons the U.S. Chamber of Commerce, which represents the interests of big business in Washington, was so adamantly opposed to the Affordable Care Act, which will begin to at least level the playing field for small firms.

The insurance industry has been right there with the Chamber in opposing important parts of the reform law. Last year alone it funneled more than $85 million of policyholders' premiums to the Chamber to help finance its ongoing campaign against provisions of the law they don't like -- especially the ones that make some of their standard operating business practices illegal.

One of the industry's common practices is "purging," and it helps explain why fewer and fewer small businesses are able to offer coverage to their employees. Insurers routinely purge small business customers when a worker or dependent gets sick or injured and requires expensive care. The insurer jacks the rates up so high at renewal time that the small business owner often has no choice but to drop coverage for everyone.

For other small firms, just the routine increases in premiums and deductibles become too much to bear.

That happened to Luke Peterschmidt, an entrepreneur and video game designer in Lebanon, Pennsylvania. He reached the point that he simply could not continue paying what his insurer was demanding. He likely would have folded his business, Geek Dynasty, and looked for a corporate gig had his wife not landed a job that offered benefits.

Peterschmidt said he bought insurance for his family on his own before his wife got her job. When they found themselves paying about $15,000 a year before their insurance would kick in, they knew one or both of them would have to find a job with a bigger company. Health care costs were taking more of a bite out of the family budget than they could afford.

"Almost like clockwork, it seemed, one of us in the family would need a barrage of tests to check for some serious condition," Peterschmidt said, "only to find out that we were fine each time. The doctors were just being thorough, and nothing seemed excessive, but it was pretty astounding how for four years or so we managed to always have at least one thing happen."

"The killer for us, though, was when the 'annual' deductible plan only ran for nine months," Peterschmidt said. "I signed [up for] a plan in January that had an annual deductible, but because the plan only lasted nine months and I started to approach the deductible, when October came around, they raised my deductible without ever telling me. This led to a situation where I should have been getting reimbursed for expenses, but they now fell under a much higher deductible."

"It turned into a classic 'little guy versus insurance company' fight. They finally admitted that they never told me about the policy change, but they only reprocessed about 20 percent of the bills they should have paid me back for. At some point, I had to give up chasing them as it was cutting into the time that I needed to give to my paying clients."

Everything changed for the better -- at least from an insurance point of view -- when his wife got a job with benefits.

"My wife's plan is excellent," Peterschmidt said. "We have some copays, and certain things, like dental and vision, aren't covered at a high level, but now that I've experienced life with personal insurance, I really appreciate having it through an employer."

The drawback for the Peterschmidts -- and it's a big one -- is that Luke and his family can't relocate as they had once planned to do.

"We live in Pennsylvania, but my clients are in LA and NYC," Peterschmidt said. "This is undoubtedly slowing the growth of my business. In addition, because I know how much insurance costs, I can't imagine ever providing it for my employees. This greatly reduces the pool of available talent. Who would leave a job with health care for one without? Health care really messes with the ability of potential employees to take risks and work for small risky companies. So now, my only potential hires are young people -- who thankfully (because of the Affordable Care Act) will be able to get coverage from their parents, people with spouses who provide health care, and very rich people who can take the job out of love or a higher sense of risk tolerance."

"It's a mess," he said. "Taking away workplace mobility is a huge hindrance on a small company."

The whole country is in an economic mess, and our expensive and inequitable health care system is at least partly to blame. Last week the Department of Labor delivered dismal news about job growth in the U.S. Far fewer jobs were created in June than expected, and the unemployment rate crept up to 9.2 percent.

According to the SBA, small firms employ more than half of all private sector workers in the U.S., and they've generated 64 percent of net new jobs over the past 15 years. Small businesses, not big corporations, are now this country's economic job-creating engine.

The Affordable Care Act contains a number of provisions that should make it easier and more financially feasible for small businesses to offer coverage to their employees. Among other things, small businesses are now eligible for tax breaks if they offer coverage and subsidize premiums. The exchanges the states must establish under the new law are also designed to help small businesses compete for talent with the big firms.

But if the corporate-financed U.S. Chamber of Commerce is successful in blocking the implementation of Affordable Care Act's provisions that make it easier for small firms to attract talent, the U.S. undoubtedly will continue to fall behind other countries that have more equitable and less expensive health care systems. And job growth will continue at a crawl.