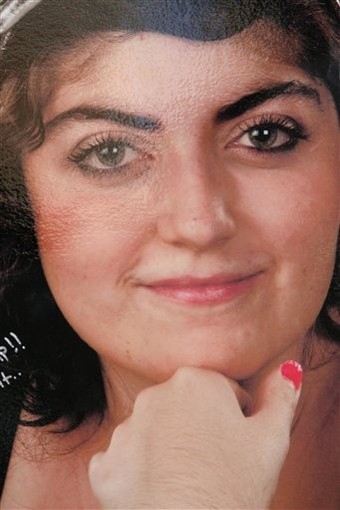 Taking a page from Palin's playbook, Gingrey is now alleging, also falsely, that excising that provision didn't do the trick, that the bill signed by President Obama still creates death panels somewhere inside the federal government. He says a new board created by Congress to look for ways to reduce Medicare spending would have to operate those panels.

"Under this IPAB (Independent Payment Advisory Board)… that the Democrats put in Obamacare, where a bunch of bureaucrats decide whether you get care, such as continuing on dialysis or cancer chemotherapy, I guarantee you when you withdraw that the patient is going to die," Gingrey said recently. "It's rationing."

No, Congressman, that's not true. And I suspect you're well aware that the charter creating the board forbids it to ration care.

But, Congressman, death panels do exist in the United States, and Grigor and Hilda Sarkisyan, sadly, are in a position to explain to you exactly how they work and where you should be looking for them. You see, the real death panels that operate in this country are not run by a bunch of government bureaucrats but by a bunch of corporate bureaucrats who work deep inside U.S. insurance companies.

When Nataline was 14, she was diagnosed with leukemia. Initial treatments were successful and the cancer went into remission. It came back two years later, however, and this time the same treatments were not working. She underwent a bone marrow transplant, but it weakened her liver to the point that her doctors at UCLA Medical Center said she would need a liver transplant.

Her doctors were optimistic the transplant would save her life. In mid-December 2007, they told the family that Nataline would likely have a 65 percent chance of living at least five years if she had the transplant. Believing there would be no problem getting the family's insurer, CIGNA, to cover the cost of the surgery and after-care, the doctors scheduled the transplant as soon as a match became available.

But when Nataline's parents arrived at the hospital on the morning the transplant was to have been performed, one of the doctors took them aside to tell them that there was a problem. "CIGNA has not given us clearance," he said.

"What are you talking about?" Mrs. Sarkisyan said she asked the doctor, not understanding why CIGNA would have a say in the matter. "We have insurance, and I know it covers transplants, so what kind of clearance do you need?"

Nataline was covered under a policy that her father had obtained through his employer, Mercedes-Benz. As part of its contract with Mercedes, CIGNA assumed the responsibility of handling medical claims and making decisions as to whether or not to pay for expensive procedures like transplants.

The decision not to cover Nataline's transplant was made by a CIGNA medical director 2,500 hundred miles away in Pittsburgh. Although they are doctors, medical directors are corporate employees just as I was when I worked in the insurance industry. One of the responsibilities of these employees is to do their part to assure that their companies' are constantly meeting Wall Street's earnings expectations.

After receiving the initial denial from CIGNA, Nataline's doctors quickly faxed additional information to bolster their case, but the medical director continued to refuse to authorize payment for the transplant. UCLA told the Sarkisyans that if they could make a $70,000 down payment right away, the transplant team could proceed with the surgery. But the family didn't have that kind of cash. So they decided to try to shame CIGNA into paying for the transplant. They enlisted the support of the California Nurses Association and friends in the Los Angeles-area Armenian community to help them stage a protest in front of CIGNA's regional headquarters in Glendale. They also reached out to the media about Nataline's plight.

As head of corporate communications at CIGNA, I was on the hot seat trying to explain the company's point of view. I told reporters that transplant experts whose opinion the company had sought as external reviewers backed the medical director's decision not to pay for the transplant. They agreed with him that, despite what Nataline's doctors said, the transplant would be "experimental."

That didn't quell the media storm. Seeking to end the bad publicity as soon as possible, CIGNA agreed to pay for the transplant on December 20, 2007.

Unfortunately, the decision came too late. So much time had passed since the original request for coverage had been made that Nataline's other organs had begun to shut down. She died just hours later.

I had helped handle a lot of what we called "horror stories" during my 20 years in the industry. When Nataline died, I didn't have it in me to handle any more of them. I left my job a few months later.

In 2008, to keep her memory alive, Nataline's family and friends began hosting a "Fashion Legacy" on what would have been Nataline's 18th birthday, July 10. Nataline wanted to be a fashion designer. Had she lived, she might have graduated this spring from the Fashion Institute of Design and Marketing in Los Angeles. Nataline was looking forward to enrolling there after high school.

After Nataline's death, her mother found several design sketches Nataline had drawn but never shown anyone. The highlight of every Fashion Legacy is when the last model walks down the makeshift runway set up inside the Calabasas Mercedes Benz dealership where Mr. Sarkisyan works -- wearing one of Nataline's designs. Beverly Hills designer Pol Atteu brings one of Nataline's designs to life every year.

The Fashion Legacy is a fundraiser for three scholarships in Nataline's name -- in medicine, fashion design and the culinary arts.

I know from having attended last year's Fashion Legacy that Hilda and Grigor Sarkisyan and Nataline's brother, Peter, are always busy with last minute details before every show, but I also know they would gladly take time to talk with Rep. Gingrey about real and imagined death panels. They know all too well about the real death panels inside insurance companies, where life and death decisions are made every day by corporate "bureaucrats," people who will never face real patients and their families.

For more information about Nataline's Fashion Legacy or to contribute to the scholarship fund, go to www.natalinesarkisyan.com.

And this is what follows when all the hot air and bull republicans put out is faced with the facts or the ability to get the facts out. SILENCE! At least until they have time to gather together and manufacture some more spin. What do you call some one who believes their own lies?
This article is so true. Palin, the most ignorant person to ever run for office said Obama's affordable Healthcare act was a death panel in the making. The fact is insurance companies are absolutely the death panel. They rule on who lives and who dies. Let me add to this the Pharma industry.
I hate to be a downer but I can kind of see where the company is coming from. Organs are a scarce resource and transplants are expensive with all the immunosuppressants. Putting all those resources into a patient who was probably going to die anyway is a waste of a perfectly good liver.