The Food Rights Network asked people to join in calling on the Environmental Media Association (EMA) to stop greenwashing sewage sludge, and Joan Dye Gussow, best-selling author of This Organic Life: Confessions of a Suburban Homesteader, signed her name. But it doesn't take one of the nation's most famous organic gardening experts to know that using toxic sewage sludge to grow food is a bad idea: 12,000 people signed in agreement!

Last week, we hand-delivered the petition to EMA at their office in Los Angeles. We hope that this is the push they need to drop their relationship with Kellogg Garden Products, a company that gave yards and yards of sewage sludge products to L.A. school kids' gardens and sells its sewage sludge products in garden stores as "quality organics." We also asked EMA to clean up the school gardens that were contaminated with Kellogg's sludge.

This spring, we alerted EMA that Kellogg uses sewage sludge in several of their products -- none of which warn gardeners that they are made from sewage sludge on their labels-- and asking them to clean up their act. While several of EMA's celebrity board members have shared our concerns about sewage sludge, EMA's President Debbie Levin responded to us with a stubborn commitment to continue promoting her donor, Kellogg.

Since then, Kellogg's Chief Sustainability Officer, Kathy Kellogg Johnson, has doubled down, using her relationship with EMA to gain a speaking opportunity at a sustainable food conference and lying about her company's products. To set the record straight, here are a few of the stories she's been telling: 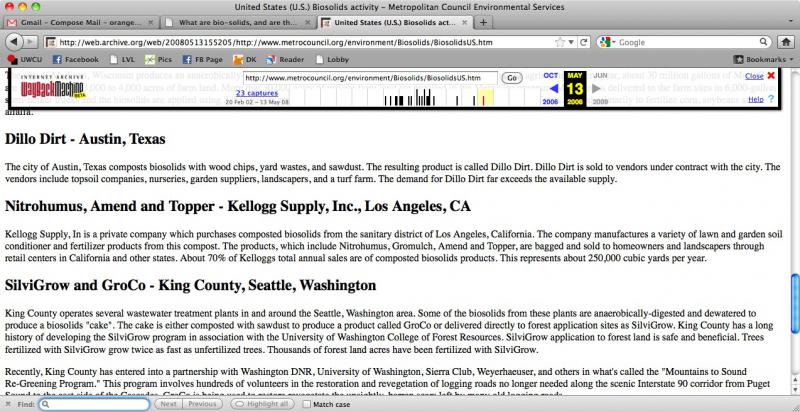 It's easy to understand why Kathy Kellogg Johnson is eager to insist that sewage sludge is safe, as her family has profited from that tall tale since using the stuff on orange grove soil decades ago. But why is EMA so eager to help them out, while putting innocent school children at risk at the same time? And why would green celebs let themselves be used by a corporation that hides the truth about the sewage sludge in products it is hawking to consumers?

We hope that the thousands who have joined together in calling for EMA to end its relationship with Kellogg will convince Hollywood to do the right thing. Helping children grow organic fruits and vegetables in their schoolyards is a beautiful thing to do, so long as you are not exposing them to dioxins and other toxins at the same time. We look forward to watching school gardens continue to grow and flourish -- but definitely without the human and industrial sewage sludge!

And wasn't it Kelloggs that was putting melamine into pet food? Disgusting ways in which the rich get richer on the backs of unsuspecting and trusting people. Maybe years ago Kelloggs was a company you could trust but now I doubt that the owners even know all of what they are involved in and if they do they certainly don't want to jeopardize their income.