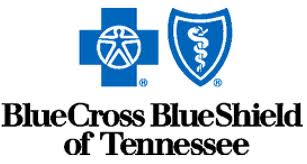 The reaction of health insurers to the Obama administration's requirement that they start justifying rate increases of 10 percent or more was quick and predictable: "Not fair!"

The PR and lobbying group America's Health Insurance Plans (AHIP) absolved the industry of any responsibility for constantly rising premiums and pointed the finger of blame at just about everyone else. The real culprits, AHIP president Karen Ignagni insisted, are greedy doctors and hospitals, state legislators who make insurers provide coverage for an overly broad range of illnesses, and, of course, irresponsible American citizens, especially healthy young people who decide not to buy insurance.

What triggered AHIP's protest was the announcement last Thursday by Health and Human Services Secretary Kathleen Sebelius that starting in September, as required under federal health care reform, regulators will start taking action to control "unreasonable" rate increases. That action will be limited -- Congress gave up on trying to give federal regulators the power to reject rate increases outright -- but at least it will bring some transparency to an industry that until now has flatly refused to tell us their justification for hiking premiums.

"Focusing on health insurance premiums while ignoring underlying medical cost drivers will not make health care coverage more affordable for families and employers," Ignagni said in a statement. "Premium review must adequately factor in all of the components that determine premium rates, including geographic variation, the cost of new benefit mandates, and the impact of younger and healthier people dropping coverage."

No Mention of How the Need for Profits Drives Premium Increases

Her point is valid. Insurance firms have to take many factors into consideration -- including the profits that shareholders expect, which Ignagni forgot to mention -- when deciding how much to increase premiums. So you would think that if they have nothing to hide, insurers would embrace this new requirement. Why don't they view this as an opportunity to make lemonade out of the lemons "Obamacare" has just handed them? If everybody else is to blame, providing regulators with the evidence to back up that claim should make their day, right? 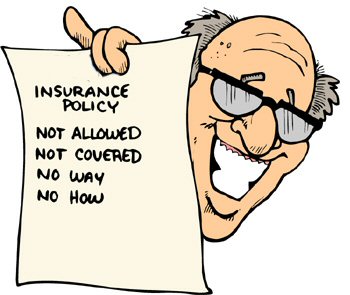 Well, actually no. Insurers talk a good game about transparency -- they say, rightfully, that doctors and hospitals should tell us how much they plan to charge us before they treat us -- but have always resisted efforts to require more forthrightness from them.

Until now, insurers have been able to get away with deciding largely on their own what information they will share with us. They get very prickly when asked to be more forthcoming, as I discovered last week after I requested some data from the supposedly nonprofit Blue Cross and Blue Shield of Tennessee.

Earlier this month in a story I wrote about how profitable the nonprofit Blues really are, I mentioned that Blue Cross Blue Shield of Tennessee raised premiums an average of 6.5 percent. That would not have been big enough to trigger a review had the new federal requirement been in effect last year, but it is enough to enable the company to boost its reserves to almost $1 billion, far more than required by the state. I also noted that the company's medical loss ratio (MLR) for individual policyholders was 76.7 percent. As a result of reform, it will have to get that up to 80 percent this year or send rebates to its customers.

The Tennessee Blues plan was annoyed that I had pointed all of this out. Someone at the company took me to task in a comment on my story.

"Potter conveniently elects to exclude our small and large group 2010 MLR figures -- both of which exceed requirements of the health care reform law. And although at 76.7 percent for individual policyholders, which represent about three percent of our members, we already have efforts underway to meet the requirement." The writer went on to say that "we actually pay claims." In fact, he said, " we paid 61.9 million claims in 2010 totaling $8.7 billion for our 3 million members, who would have paid much more without the discounts we negotiate."

I would have written the same thing if I had been a PR guy for the company. If you're being criticized, change the subject to talk about the good things you do.

The company's response, however, raised more questions than it answered, so I asked for a bit more information. I told them I was happy to hear that they had paid 61.9 million claims, but that I would like to know how many claims the company denied in 2010, and what the total dollar amount of those denied claims were.

I also asked how many prior-authorization requests for coverage the company approved, and how many it denied. And I asked them to tell me how many people who applied for coverage last year were turned down. According to the U.S. Census Bureau, almost a million Tennesseans -- nearly one of every six -- are uninsured. How many of those folks offered to pay for a Blue Cross policy but got a "thanks but no thanks" from the company?

A few days later I got this response from one of the company's PR people: "Mr. Potter, we appreciate your interest in our response to your opinion piece. You can find answers to the majority of your questions by looking at our public filings with the Tennessee Department of Commerce and Insurance, previously published articles in Tennessee news outlets and our company website. I hope you find this information helpful."

Actually, it wasn't very helpful. Not quite true, either.

I learned from the Tennessee Department of Commerce and Insurance that the information I requested is not included in the company's filings. I also could not find a single answer to my questions on the company's website or in a search of "previously published articles."

So much for transparency. Unless I can find a source within the company who would be willing to answer my questions anonymously, I'm apparently out of luck. We're all out of luck.

So what is the typical profit margin for an insurer Mr. Potter? What defines excessive reserves? Do you really think insurers should keep the bare minimum? What's appropriate not just the point that artificially inflates your argument. I like the way you always refer to the "Shareholder" obligations, but many americans are covered by non-invester owned health plans. Probably just easier to skip that detail to support your argument, right? Some other questions for you: Do insurers serve a role to negotiate down reimbursement rates (and thus keep costs down)? Are private insurance companies subsidizing doctors and hospitals for the low rates they receive on government health care (Medicare and Medicaid)? Wouldn't it be nice if everyone paid the low government rate? I'll answer that...no, because it would put hospitals and doctors out of business (it's already happening). Someday you should try actually articulating the positives as well versus the exaggerated claims you make.
Our small-business employer in Memphis recently informed us that our BCBS-T insurance premiums are going up a whopping 23% the first of the year. This is on top of a 10% increase the first of 2011. Unbelievable! We will not be able to afford insurance in the very near future.
It is so convenient to present distortions under the name of "Anonymous". You know it is a lie or distortion when they use this cover. Be proud of your information - present evidence - and take ownership.