An Illuminating Expedition to the World of the Uninsured | PR Watch

An Illuminating Expedition to the World of the Uninsured 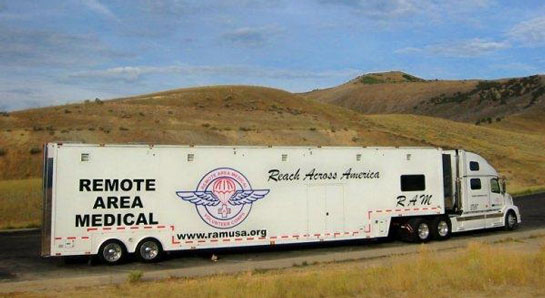 As Congressional Republicans seek ways to starve the new health care reform law of necessary funding -- and Democrats try to keep that from happening -- it's easy to lose sight of the reasons why reform was pursued in the first place.

For a reminder, lawmakers might want to spend a few hours in Nashville this weekend. I'm betting they would behave differently when they got back to Washington on Monday.

If they arrived in Nashville by Friday afternoon, those legislators would see an ever-growing line of cars and trucks outside a locked gate at McGavock High School. At midnight, the gate will be opened, enabling the occupants of those cars and trucks to camp out in the parking lot for hours, maybe even days. Many of these folks will have driven hundreds of miles to receive care from doctors and nurses and other caregivers volunteering their time to treat as many people as possible before they all pack up and go home Sunday evening.

Most of the people in those vehicles will get no sleep. They will immediately begin forming a long line in the cold Nashville night in hopes of getting into the high school when it opens at 6 a.m. on Saturday morning. At 3:30 a.m., volunteers from the Tennessee State Guard will help Stan Brock, a 75-year-old British native and former star of the 1960s TV show "Wild Kingdom", begin handing out numbers to those in line. Only those with a number can get in.

"I will start calling out the numbers, about 50 at a time," said Brock. "We will get 200 people in there (the school auditorium) pretty quickly, and they will get registered and directed to various stations, depending on their needs. It is hectic for the first two hours. After that, it settles down and runs on auto-pilot."

Brock should know. Although this will be the first Nashville "expedition," as he calls these events, he has been the driving force behind hundreds of similar get-togethers across the country and around the world.

A few years after "Wild Kingdom" went off the air, Brock founded Remote Area Medical to deliver basic health care to people living in some of the planet's most remote locales. A pilot, Brock himself began flying doctors and medical supplies to villages in South America, Africa and Asia.

It never occurred to Brock when he started RAM in 1985 that most of his expeditions would eventually take him to communities in the States. But it soon became apparent to him that millions of Americans don't have much better access to affordable care than residents of the third world. Today, more than 60 percent of RAM's expeditions are in the United States, and not just to rural areas. In fact, the biggest annual RAM expedition is now held in Los Angeles, where thousands of people line up for care that is provided free over the course of eight days.

I first heard of RAM when I read in July 2007 about an expedition being held a few miles from where I grew up in the Southern Appalachians. At the time, I was still head of corporate communications at CIGNA, one of the country's largest health insurers. I'd been working on a "white paper" designed to persuade the public and lawmakers that many of the 51 million Americans without health insurance are uninsured by choice. My premise: most of them were simply shirking their responsibility by not enrolling in a health care plan and paying monthly premiums.

Out of curiosity, I decided to go to RAM's expedition that July, which was being held over three days at the Wise County, Va. fairgrounds. It changed my life.

Nothing could have prepared me for what I saw when I walked through the fairgrounds gate. I felt as if I had stepped into a movie set or a war zone. Hundreds of people, many of them soaking wet from a morning rain, were waiting in lines that stretched beyond view. As I strolled the fairgrounds, I noticed that some of those lines led to barns and cinder block buildings with row after row of animal stalls, where doctors and nurses were treating patients. And unlike health fairs I had seen in shopping centers and malls, this was a real clinic. Dentists were pulling teeth and filling cavities, optometrists were examining eyes for glaucoma and cataracts, doctors and nurses were doing Pap smears and mammograms, surgeons were cutting out skin cancers, and gastroenterologists were conducting sigmoidoscopies.

Health Insurance: Unavailable, or Too Costly and Inadequate

I later learned that most of the people being treated had jobs, but their employers did not offer coverage. Many of them had pre-existing conditions and had been told by insurance firms they were not eligible for coverage. They couldn't buy health insurance at any price. Many others had insurance but were enrolled in plans with such limited benefits or high deductibles that they had to forego care. Even though these people paid premiums, they simply did not have enough money to pay for care they needed before they had met their deductibles. Many Americans are now in plans that have $30,000 annual deductibles.

As I took in the scene that day, I realized that what I was doing for a living was at least partly responsible for making these people stand in long lines to get care that was being provided in horse stalls. I decided that day that I would soon leave my job. A few months later, I did.

Over the past 25 years, RAM volunteers have treated more than 300,000 patients through more than 600 expeditions, most of them in the United States of America, the country we've been led to believe has the best health care system in the world.

This weekend's expedition in Nashville will be the latest in a series of such events that will continue indefinitely -- even if the new health care reform law isn't de-funded or declared unconstitutional.

That's because the law doesn't go far enough for Brock to finally retire and maybe even move back to the United Kingdom -- a nation where he could be covered under the National Health Service and not have to worry about standing in line to get care in a barn. Brock is an optimist, but he hasn't started packing his bags.

He and I have become friends since my departure from CIGNA. In an email I received from him just before Thanksgiving 2010, he wrote about an expedition that had just ended in DeKalb County, Tennessee.

"It was a small event by RAM standards," he wrote. "Just 700 or so patients in a day and a half. But it is heartbreaking to see these folks, brought in on makeshift wheel chairs in some cases, all of them desperate, and all of them grateful for the smattering of care that we are able to deliver and willing to wait for many hours on a cold wet night to get it."

He added that he hoped my book, Deadly Spin, which details my epiphany in Wise County, "will touch hearts in those places of power and influence so that real change will soon be forthcoming -- and so that RAM can concentrate our efforts in the likes of Haiti where we go again in three weeks time."

I share the same hope. If members of Congress would spend time in Nashville this weekend, hearts and minds in places of power and influence would indeed be touched. And real change might soon begin to occur.

News analyst Wendell Potter, a former insurance company executive, is the author of Deadly Spin: An Insurance Company Insider Speaks Out on How Corporate PR is Killing Health Care and Deceiving Americans.

We must do something about the hundreds of thousands of people who can't afford healthcare. I think more people should know what lengths families are taking to ensure their children are protected and healthy. So sad. Thanks for the great post!