"Big Shopping Malls" and "No Humanitarian Crisis in Gaza" 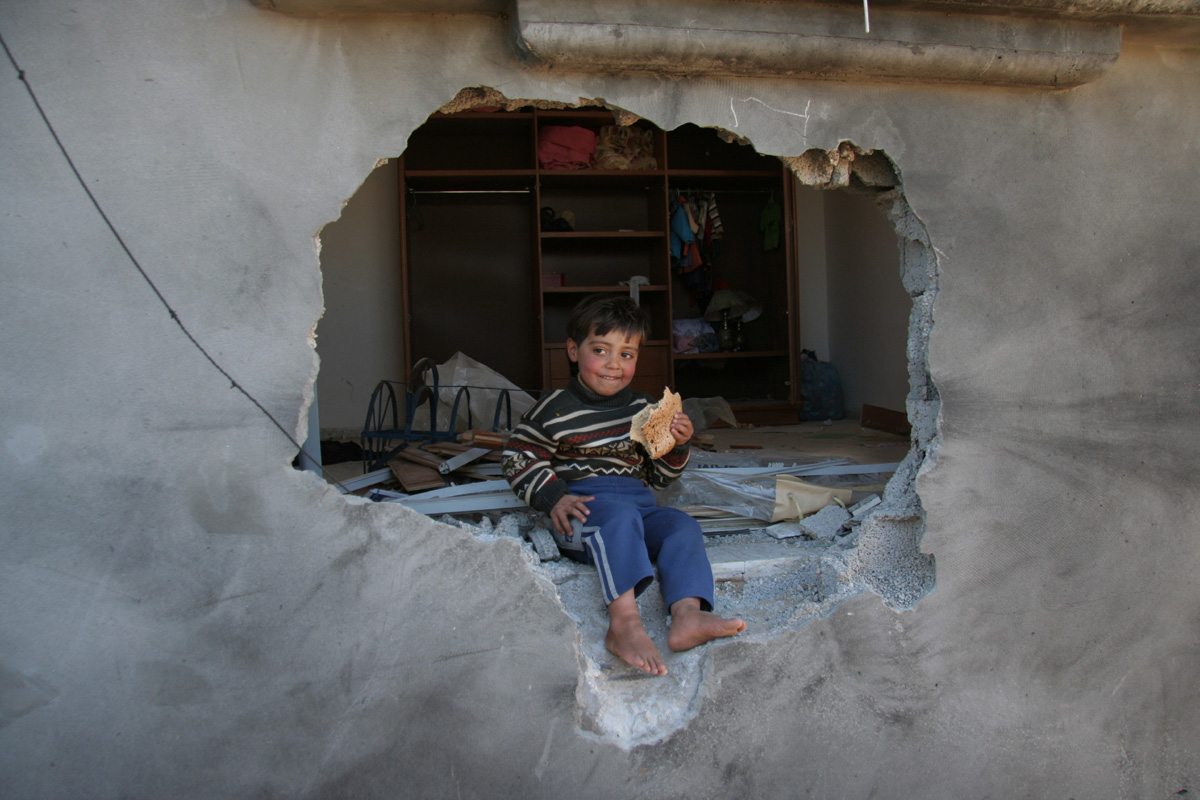 The sentiments, though, fly in the face of the reality that is the daily peril taking place in the Gaza Strip. Indeed, they are but a pipe dream.

The Reality on the Ground in Gaza

Hasbara works well, yet despite the strength of its employment in Israel and here in the United States by the pro-Israel lobby, the tragic reality on the ground in Gaza is becoming more and more apparent, especially in the aftermath of the tragic Flotilla raid. Flotilla participants have given daylight to the issue that has reverberated throughout the world, even penetrating its way through the U.S. media, which is notorious for its awful coverage of the conflict.

A ThinkProgress blog post titled "Israeli Officials and American Conservatives Claim 'There Is No Humanitarian Crisis In Gaza,'" posted on June 1, 2010, debunks these myths, stating, "A United Nations fact-finding mission described the Israeli blockade [of Gaza], which Israel claims is aimed at Hamas, as "collective punishment." A U.N. official said last week that the formal economy in Gaza has "collapsed," and 60 percent of households there were short on food. The Guardian notes that, according to UN statistics, "around 70% of Gazans live on less than $1 a day, 75% rely on food aid and 60% have no daily access to water." The Post concludes, "A U.N. spokesperson last year called Gaza "a prison", [citing the fact that] 80% of Gaza's population are refugees and non-refugees who rely on the UN aid [and what] is happening in Gaza now surpasses the capacities of any humanitarian organization."

Surprise, surprise, Gaza is not Westchester County, New York. It is far from it, yet, that won't stop the spin doctors from trying to portray it as such.

On May 18, Ma'an News Agency, a major source of independent news from the West Bank, Gaza, East Jerusalem and Israel, reported that, the first ever Olympic-sized pool had been built in Gaza. The first one ever. To be certain, this is a big deal for the people of Gaza, and at the very least, a source of refuge from the daily misery that is life in the world's largest open-air prison, at least for the precious few of the 1.5 million residents of the Strip lucky enough to have the opportunity to utilize the pool.

Rather than be happy that a tiny bit of normalcy had seeped into the Strip, the spin doctors went to work, transforming an accomplishment into a liability to be held against Gazans. Hasbara agent Tom Gross started the attack on his website, "Tom Gross Mideast Media Analysis." Upon a quick glance of the website, it's easy to understand Gross' ideology. Palestinians: all terrorists; Israelis: all beleaguered angels that can do no wrong.

On May 25, he released a "dispatch" titled, "Fancy restaurants and Olympic-size swim pools: what the media won't report about Gaza." Yet, the media did cover it, which is how Gross found out about it in the first place. In fact, a Palestinian news source reported the news of the pool, just as news sources that Gross says are "biased against Israel" reported on other small signs of normalcy in the Strip.

It is completely unsurprising then, that Israel's Government Press Office picked up on the "story" and pitched it to its far right-wing Likud and neo-conservative agenda serving client The Jerusalem Post, which then ran a story that was widely read by people throughout Israel and the United States.

Within the snap of a finger, the fact that a single pool and a couple fancy restaurants were built in the otherwise pit of Hell that is the Gaza Strip transformed Gaza into a Utopian safe-haven in the eyes of Gross and the Jerusalem Post, and with rapidity, reality was turned completely on its head.

It only gets worse from there.

On July 20, Ynet produced a story about the construction of the first ever shopping mall in the Strip. The story's opening lines say it all: "While Hamas continues to demand a full lifting of the blockade, the Gaza market seems to be doing alright. Gaza Mall, the first ever shopping center in the Strip was opened last Saturday with masses storming the new attraction. The two-floor compound, each stretching over roughly 9,700 sq. ft, offers international brands as well as much-needed air conditioning."

At first glance, it sounds pretty nice. Yet, something is a bit off-kilter about it.

He continues, quoting an eyewitness who had visited the mall recently. The eyewitness stated, "The goods in there are very expensive and it's not a real mall, barely bigger than a little supermarket. It has 4 sections, one sells vegetables grown in Gaza, the second section sells clothes and shoes, a third section is like a huge supermarket with things brought to Gaza through the tunnels, and the last sells electric materials, TVs, stereos ... The owners are very rich people in the Gaza Strip. Most of the stuff being sold are either made in Gaza, or brought via tunnels. And there are no thousands visitors, when I went there, I saw about 15-20 people only."

The Real Humanitarian Crisis in Gaza

Don't let the hasbara fool you. While a fortunate few might enjoy a bit of luxury in the Gaza Strip, the masses suffer through a crisis of epic proportions. Those in power will continue to shape the narrative for their own benefit, yet ultimately, as is is already occurring, the truth will be too dire to ignore.

Until that day comes, though, the people of Gaza continue to suffer and the quagmire will live on in infamy.

Go to Darfur, if you find a big fancy mall please give me a call. They actually need help over there.
I totaly agree with you, buta lot of people do not know these facts we have to tell the people around us of these facts too let them know the truth about Gaza. “around 70% of Gazans live on less than $1 a day, 75% rely on food aid and 60% have no daily access to water.” it is a catastrophe!! May God help them
This posting argues that there is a 'humanitarian crisis' in Gaza. It cites in support the UN Human Rights Commission. The UN Human Rights Commission is a 100% politicized group. Canada quit because of the lack of reality in its agenda and dubious fact-finding. During the recent Israel/Gaza war Hamas reported that 10,000 farms in Gaza were 'damaged' causing mass-starvation. 10,000 farms in the most crowded place on earth? Impossible. The Israelis have a 100% right under international law and common sense to want to inspect all imports into Gaza for weapons and things that can be used for weapons because Hamas is, every day, sending missiles into Israel. The Israelis find tunnels from Gaza into Israel almost every day (some 100 yeards and more underground). Arabs travel from Gaza to Israel every day for medical treatment - and some of these special visas are used by suicide bombers to get close enough to kill an Israeli. Blaming everything on israeli propaganda is not a fact-based argument. No one is denied medical aid, food or a roof in Gaza today. There is no evidence of rampant disease or malnutrition. None. The 'crisis' is a complete fabrication - just like Mohammed al-dura, Jenin, and a 1,000 other lies and propaganda from Hamas and the PA.
It doesn't help that the U.S. considers Hamas a terrorist organization rather than one formed to resist Israel's occupation of Gaza and its regular violence against its citizens. Because of this, even members of Congress don't visit Gaza to see the truth for themselves when they visit the Middle East. They return still talking about the "rockets raining down" on "poor little Israel" and Gaza's holding of ONE Israeli soldier, but most of them don't seem to know that Israel holds between seven and ten thousand Gazans of all ages and both sexes, most of whom have been jailed without trial and without hope of release.
The post you wrote could have held true and vindictive in all the light of the current circumstances, but it's not. The very fact that the Gaza Peninsula is being blocked off by the Israelis is a major downfall of your post's theme. However, I do agree that these people are better off with malls and shopping centers than others in Africa or South-East Asia. But the fact remains that they are still impoverished and need help. would appreciate your feedback on this.