This Is Going to Hurt: What Your Doctor Doesn't Say Can Cost You | PR Watch

This Is Going to Hurt: What Your Doctor Doesn't Say Can Cost You

But there is another, little-noticed factor could also be sucking untold health care dollars out of our pockets, and it's one we seem loathe to address: the part that doctors themselves have in quietly pushing up the costs of our medical care. This is an area that is begging for closer scrutiny, and in which patients need more help. 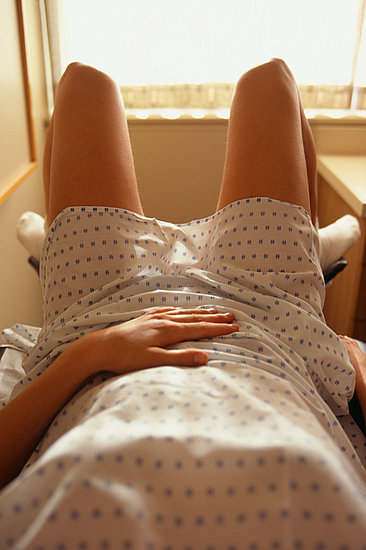 My interest in this topic was piqued recently by a personal experience that brought home the problem of runaway medical costs in a rather shocking way.

In August my doctor sent me a letter telling me it was time to come in for a physical exam. My last physical was years ago, so it seemed like a reasonable request. I made an appointment and went in for a check up.

Throughout the exam, the doctor peppered me with the usual questions: how have you been feeling? How have you been sleeping? Have you had any problems with this-or-that? As she wrapped up the exam, she asked if there was anything else I wanted to talk about. After thinking for a second, I mentioned a lump I'd been feeling in my throat with the onset of fall allergies. She took a quick look in my throat, dismissed the problem, said nothing could be done and concluded the exam.

A week and a half later, I got the doctor's bill. It listed a charge of $180 for the physical, but it also had another charge I didn't recognize: "EP Visit Low Additional -- $100." Puzzled, and pinching pennies due to my economic situation, I called the doctor's office to ask what the extra $100 charge was for. Her assistant told me it was for that moment in the exam when the doctor asked, "Is there was anything else you want to talk about?" and I had brought up the lump in my throat. The extra minute the doctor took to dismiss the problem resulted in an extra $100 charge, the same amount she charges for a completely separate, one-issue visit.

I was floored. "One-hundred dollars? For that?" I said. "I thought that question was part of the physical exam! It took the doctor less than 60 seconds to tell me she couldn't see anything and couldn't do anything about it," I said. The assistant told me the $100 charge wasn't just to look in my throat -- that it paid for the cost of the doctor's attending medical school, which enabled her to look in my throat and tell me she didn't see anything. I told her that the way this charge was leveled felt like a trick, since the question -- "Is there was anything else you want to talk about?" -- was asked as though it was a regular part of the physical exam. No one warned me that if I answered this question with anything other than a "No," it would lead to such a hefty extra charge. How was I to differentiate this question from all the others the doctor asked during the exam?

The assistant declined to offer any further explanation. She didn't propose discussing it with the doctor, asking the doctor for an adjustment, or any other potentially mitigating measures. The call ended in a stalemate.

Two days later I received a certified letter from my doctor, dumping me as her patient.

What's a Patient to Do?

Well, okay, I guess I made it pretty clear -- after essentially accusing my doctor of tricking me -- that I no longer trusted her. And it was probably a reasonable assessment on her part that she could no longer treat someone who had lost trust in her. She might have made some effort to win back my trust, but apparently she concluded it wasn't worth it. 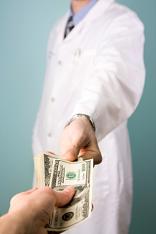 On an emotional level, I felt exploited. My doctor, whom I had long trusted, had just treated me like an ATM. That hurt more than any shot, but it also got me thinking about the larger meaning this incident may have in the spiraling cost of health care.

The more I looked into this event, the more it looks like the perfect way that doctors can, and apparently do, pad their outpatient medical bills without repercussions.

The "Golden Question": Business as Usual or Medical Billing Fraud?

Dropping this "golden question" on an unsuspecting patient near the end of a routine physical exam, and taking advantage of even the most minimal response to add a whopping extra charge to the bill, appears to be a near-perfect way doctors can safely increase their billings. Consider this: there are only two people in the room when it happens, making it a he-said, she-said situation that renders any accusations hard to prove. What's more, insurance companies have to take a doctor's word for what happens in an examining room; if a doctor charges a fee for doing something in there, insurance companies cannot question it. They have to pay. Insurance companies depend on policyholders to contest any inappropriate extra charges, but how many patients have the chutzpah to risk offending their doctors by questioning a charge? And if a patient does summon the courage to dispute a charge, it's the doctor's opinion against the patient's about what level of value was delivered at that moment in the exam. Whose opinion would hold more weight in that dispute? The unknowing patient, or an all-knowing doctor? And after reading about how my doctor dumped me like a hot potato after challenging a suspicious charge, who in their right mind would do it?

A patient in this situation is both vulnerable to extra charges and at an extreme disadvantage to challenge them, with notoriously little recourse. This makes the "golden question" billing strategy close to a perfect way for doctors to bilk patients and insurance companies out of millions.

We have no way to know how pervasive this practice might be, or what it could be costing.

Is there a plausible solution to this situation? Should doctors be required to post a listing of their fees for all services in full view of patients? Warn patients before they ask questions that might result in extra charges? Should the savvy patient, sitting half naked in a hospital gown, stop the doctor after each question and ask how it should be answered to determine whether an extra charge will be incurred?

These ideas are clearly ludicrous, but it is also ludicrous that patients be put in such a one-down position. My doctor responded to my challenge of a questionable charge by demonstrating to me -- rather heavy-handedly -- that she was in control, not me, and that I would be punished for questioning her.

Buyer Beware. Yes, Even With Doctors

I like doctors. I really do, and I really want to trust them. After all, I grew up watching shows like Marcus Welby, M.D. and Medical Center, and even my own mother is a doctor, and so is my brother. That my long-time physician -- whom I wanted to believe had my best interests at heart -- would rip me off by padding my bill is onerous, and disappointing in the extreme. The speed with which she dumped me after I questioned the charge did everything to raise my suspicion about the situation.

This is but one more on-the-ground experience that points out the wrongness of delivering health care as for-profit business model. The current, for-profit system fosters adversity between patients and doctors. It discourages patients from disclosing conditions that might be costly to address, and that could become even more costly later, and, frankly, it is a system that makes engaging in fraud more attractive to doctors.

As long as our current health care system operates by selling services to consumers the same way as an auto repair garage, a plumber or a building contractor, consumers have every right to question charges on their bill without being intimidated or subjected to punishment.

To truly function in the best interests of doctors and patients alike, the American health care system needs to be reshaped to put doctors' focus on health, not money.

We have a "golden" opportunity to change it now. Let's hope it happens.