Statement of Josh Wolf, Journalist, on his Freedom from Jail | PR Watch

Statement of Josh Wolf, Journalist, on his Freedom from Jail 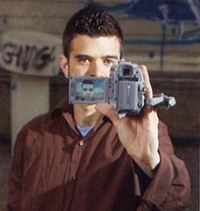 "It took 226 days, but it was worth every second to get what I wanted from day one, which is that I will not have to testify before the grand jury about the events at the protest or the identities of participants. The demand for my testimony before the grand jury was the true assault on my code of ethics and, as I have stated previously, there will be, and has been no compromise to this resolute principle.

"Today, I posted the video footage to my web site www.joshwolf.net/ so that the public will have the opportunity to see that there is nothing of value in this unpublished footage. As there is no sensitive material on the tape, there was no reason to remain in prison, given the fact that I got what I wanted from day one -- the right to protect journalists from having to testify before a grand jury.

"Until now, I had no assurances that publishing the video would lead to my release and furthermore had every indication that it would have the opposite result and indicate to the judge that the so-called coercive effect was working. That has changed.

"I do feel that my unpublished materials should be protected by a Federal Shield and moving forward, that is where I will focus my efforts. Journalist should have the right to be protected from testifying before a grand jury and I will not stop fighting until there is a law that protects us."

Today, Josh got what he wanted from day one -- he will not have to testify before the grand jury about the events at the protest or the identities of participants.

Nice as it is to have Josh out, Big Brother still gets to see his footage and perhaps store facial recognition data of protesters in a federal database. We need a federal shield law with real teeth, and it shouldn't only cover "journalists" with MSM credentials.