Today, Wisconsin Governor Scott Walker, believing he was talking to prominent financial backer David Koch, told a Buffalo, New York blogger that he was getting ready to issue pink slips to state workers in a strategy to force Democratic state senators back to work. In the short interview posted on YouTube and discussed at length by the Milwaukee Journal Sentinel today, there is a wealth of news. Click here to listen in and tell us what you think. The embarrassing revelations prompted Walker to cancel a 2:30 p.m. press conference today.

Wisconsin's South Central Federation of Labor is getting ready to call a general strike if the state's legislature passes Governor Scott Walker's bill to curtail collective bargaining rights. The Federation, which represents 97 unions and more than 45,000 workers in six counties, on Monday voted to endorse work shut-downs by both union and non-union workers around the country if the bill passes and the governor signs it. Federation delegates say they will strike even if unions elsewhere around the state or the country don't. The potential strike would affect government administrative offices, construction sites, schools and private businesses, but critical life-and-death services would be spared. University of Chicago law professor Richard A. Epstein, who has written extensively on labor and government issues, says there is a strong possibility of a major strike, since national leaders know that if they lose the battle over bargaining rights in Wisconsin, the same rights will fall in other states as well. Paul Secunda, a Marquette University professor who studies labor law, agreed that a general strike may be inevitable. "The ultimate power that employees have at the end of the day is to withhold their labor. This would be the ultimate trump card that unions could pull out, and it will be extremely powerful," Secunda said.

Both Grijalva and Ellison rallied with the Wisconsin state Senators, with Ellison calling Walker's unwillingness to compromise and his proposed budget repair bill "extreme, radical and reckless—and he's going to fail!" 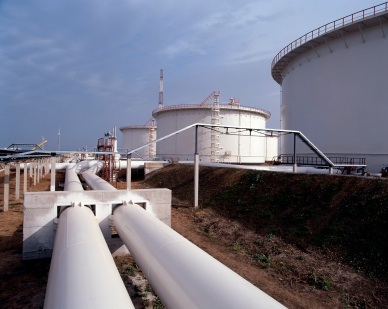 Madison, Wisconsin -- The Capital Times reported on Tuesday that Koch Industries had quietly opened a lobby shop in Madison. This news comes amid concerns about the influence of the company and the billionaire brothers who lead it, and the bankrolling of multi-million dollar ad campaigns like the one that helped sweep controversial governor Scott Walker into office.

Wisconsin Governor Scott Walker did not campaign for office calling for the destruction of public unions, but a closer look at his past actions shows that he acted rashly toward union workers before, with disastrous and costly results.

In early 2010, when Walker was Milwaukee County Executive, he fired 26 union security guards who worked at the Milwaukee County Courthouse. They were public employees and were represented by a union, but he fired them anyway, in favor of hiring private security guards. The county board opposed Walker's security-outsourcing move, but he pressed ahead with it anyway, claiming the action was needed due to a budget crisis, to help ameliorate a potential 2010 year-end deficit of around $7 million. After firing the guards, Walker hired private security contractor Wackenhut G4S to provide security services at the Courthouse, as well as two other venues in the county, under a $1.1 million contract.

Madison, Wisconsin -- It's midnight Monday. A quiet snow is falling outside the Wisconsin State Capitol, and clean-cut fire fighters are rolling out their sleeping bags and getting ready to sleep on hard marble floors with students who looked a bit shaggy after five nights of the same. Since Tuesday, February 15, tens of thousands of Wisconsin residents have been flooding the State Capitol in Madison in protest of Wisconsin Governor Scott Walker's proposed budget "repair" bill that would savage Wisconsin's 50-year history of collective bargaining for state, county and municipal workers. Tuesday, February 22 will be a critical day in the fight. The Wisconsin Assembly will take up the bill, introducing over 100 amendments, starting at 11:00 a.m. and the Republicans in the Senate will attempt to lure their Democratic colleagues back into the state from their undisclosed location by scheduling votes on the bill the Democrats deplore. (Watch floor action on the www.wisconsineye.org Wisconsin Eye website).

In an email sent this week, the "Tea Party Nation" urged members to impersonate SEIU organizers at upcoming labor rallies in an attempt to embarrass and discredit the union and the protestors. Former Tea Party leader Mark Williams urged the plan, according to Think Progress.

The plan includes signing up with the Service Employees International Union, wearing SEIU T-shirts, and then approaching television crews and camera operators with signs that say things like "You OWE me" and "Screw the taxpayer." It also urged tea partiers, in disguise, to make outrageous comments to reporters to make the gathering look "greedy," and undermine the protestor's credibility with the press.

The plan even suggested that it would not matter if Tea Party Nation's planting of operatives became public because "the quotes and pictures will linger as de facto truth."

11:00 p.m. - RUSTBELT REBELLION! LEGISLATORS DESCEND ON THE LAND OF LINCOLN

News reports indicate that legislators in Indiana have crossed state lines to protest votes on legislation that would savage the right of working people to collectively bargain. McClatchy Newspapers summarizes the rustbelt rebellion: "In Wisconsin, where the state Senate has been paralyzed because Democrats fled to block Gov. Scott Walker's attempt to strip collective bargaining rights from government workers, the governor warned he would send 1,500 layoff notices unless his proposal passes. In Indiana, Democrats in the state Assembly vanished, depriving that body of the quorum needed to pass a right-to-work law and limit government unions' powers. And in Ohio, an estimated 5,500 protesters stood elbow to elbow in and outside the Capitol chanting "Kill the bill!" as a legislative committee took up a proposal that would similarly neuter government unions." 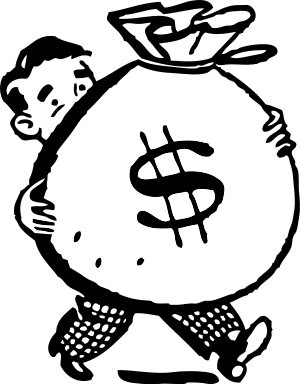 Even though the fight in Wisconsin is not really about the budget -- a crisis manufactured by Governor Walker's tax cuts and funny numbers -- and not about government employees refusing to make sacrifices (for weeks they have said they will agree to concessions), the scapegoating of public servants as the 21st century's welfare queens is particularly unfair given that they are compensated less than public sector employees.