The stripping of all power of the local government in Benton Harbor, Michigan has brought the national spotlight to the tiny town on the shores of Lake Michigan. The first city to be declared in a "financial emergency" by Michigan Governor Rick Snyder, CMD reported that Emergency Financial Manager (EFM) Joseph Harris was assigned to the city back in 2010 by then-Governor Jennifer Granholm. But it wasn't until March of this year that Harris essentially disbanded the local government and boards.

The Rev. Jesse Jackson, Sr. responded to this takeover while on a tour of the state, calling for a rainbow coalition to organize against the EFM bill and others that Snyder and the Republican-led Senate has passed. At a protest in Benton Harbor, Jackson said that he, along with Michigan Congressman John Conyers, Lansing Mayor Virg Bernero and Benton Harbor Mayor Wilce Cook will file a lawsuit to challenge the law's constitutionality. 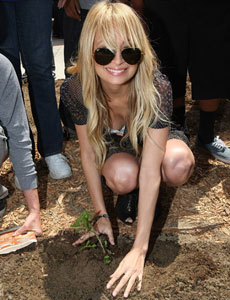 A story has been developing over the past month involving lies, toxic sludge, Hollywood celebrities, and poor, inner city school children. It centers around the Environmental Media Association (EMA), a group of environmentally-conscious Hollywood celebs, and the "organic" school gardens they've been volunteering at for the past past couple years.

Stars like Rosario Dawson, Amy Smart, Emmanuelle Chriqui, and Nicole Ritchie have generously adopted Los Angeles schools, visiting the schools and helping the children garden. What the celebs didn't know is that their organization's corporate donor -- Kellogg Garden Products -- sells both organic compost and soil amendments, and ones made from sewage sludge. Seventy percent of Kellogg's business is products made from sewage sludge. Sewage sludge is not allowed on organic farms and gardens.

I've written frequently in recent weeks about the eye-popping profits the big, publicly-traded health companies have been reporting. Last year -- as the number of Americans without health insurance grew to nearly 51 million -- the five largest for-profit insurers (Aetna, CIGNA, Humana, UnitedHealth and WellPoint) had combined profits of $11.7 billion. 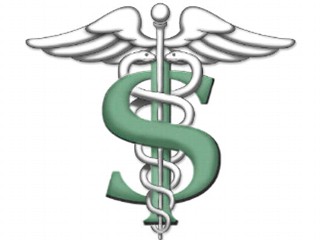 If the profits those companies made during the first three months of this year are an indication of things to come, 2011 will more than likely be the most profitable year ever for these new darlings of Wall Street.

But lest you think only those big New York Stock Exchange-listed corporations have figured out how to make money hand over fist while their base of policyholders is shrinking, take a look at the so-called nonprofit Blue Cross and Blue Shield plans.

May Day, or May 1st, became International Workers' Day in 1886, when it was the beginning of a multi-day general strike in Chicago in which workers demanded an eight-hour work day.

Hundreds of Wisconsinites lined Madison's Capitol Square Saturday to welcome bikers from all over the Midwest and to protest Governor Scott Walker's attack on Wisconsin unions. Just when Walker thought he had memorized all the chants and signs, Wisconsinites revved it up a notch.

Every kind of bike, from Harley-Davidsons to Huffys, descended onto the Square from Martin Luther King, Jr. Blvd and South Hamilton Street. Eric Hartz, the organizer of the event, complemented the thunderous entrance with songs from the Raging Grannies, a social justice organization made up of older women. Other speakers included Sen. John Erpenbach, Sen. Mark Miller, Rep. Cory Mason, Rep. Peter Barca, Milwaukee Public School Teachers and the City of Middleton Fire Fighters.

Back in February, CMD wrote that a little-known Utah group was behind many of the recall campaigns in Wisconsin targeting Democrats. The story about the American Recall Coalition left many Democrats and Republicans in Wisconsin scratching their heads. Now more is being discovered about this mysterious group and its leader Dan Baltes.

The Salt Lake City Deseret News has done an in-depth profile of Baltes. For starters, Dan Baltes isn't his real name. His real name is Daniel Arthur Elliott. The Deseret News says, "He took his third wife's last name after they married about 3 ½ years ago. He said he wanted to distance himself from an ex-girlfriend and an ex-wife."

Wisconsin Governor Scott Walker's op-ed in the New York Times last week advocated for a Medicaid that promotes innovative, self-managed and flexible care that would allow individuals to stay in their own homes. 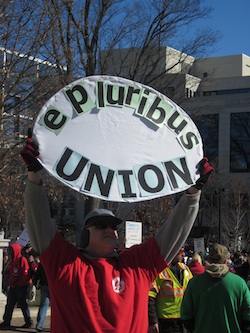 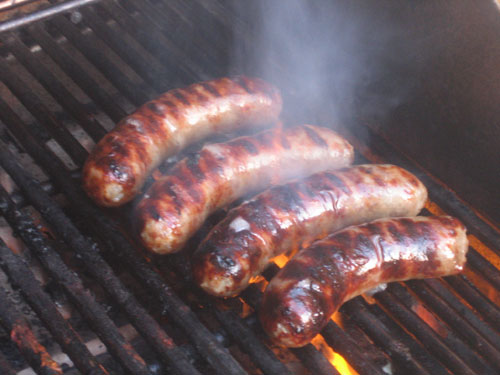