The first hero we feature is John Kinsman, a dairy farmer from Lime Ridge, Wisconsin. He is a pioneer of rotational grazing, a strong proponent of small, diversified agricultural operations, and an activist since the 1970s. 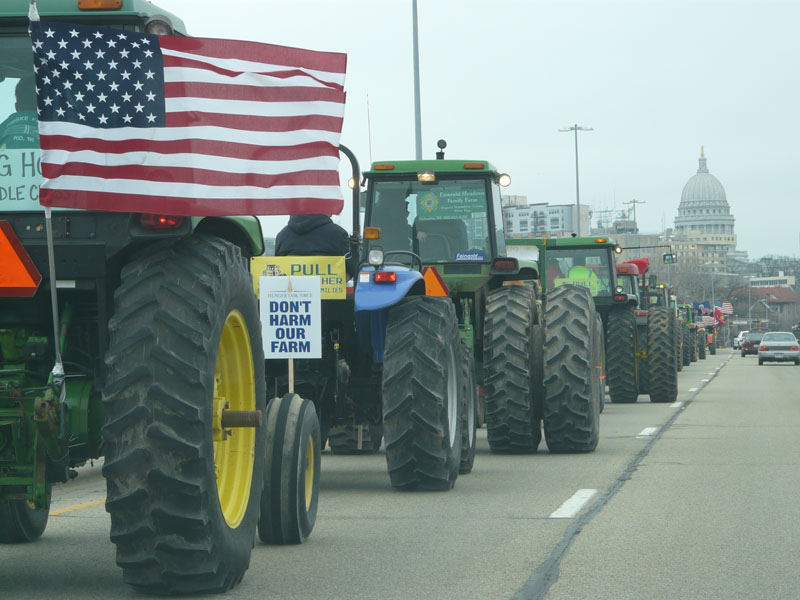 The milk from the farm is sold to Cedar Grove Cheese, a cheesemaker 20 miles from the farm, in Plain, Wisconsin. Cedar Grove's owner, Bob Wills, buys milk from over 30 Wisconsin farmers, all of whom -- organic or not -- have pledged not to treat their cows with synthetic growth hormones. Kinsman says they all also pasture their cows. In exchange, Wills "tries to pay top prices" and has "helped us develop a fair trade cheese project starting thirteen years ago" wherein "any of the cheese that we sell through the Family Farm Defenders gets a fair trade price. . . and all the farmers in his plant get a share of that."

Or you can listen to the interview, in two segments. In Part 1, Kinsman talks about his farm:

You are missing some Flash content that should appear here! Perhaps your browser cannot display it, or maybe it did not initialize correctly.

And in Part 2, Kinsman talks about his years of activism:

You are missing some Flash content that should appear here! Perhaps your browser cannot display it, or maybe it did not initialize correctly.

This month, the Center for Media and Democracy's new Food Rights Network launches a series of interviews with "food and farm heroes." It's easy for an organization dedicated to exposing corporate spin to focus on negative corporate propaganda with its ubiquity, but we would be remiss not to highlight courageous people who fight corporate agendas and spin in other ways, large and small. Some devote their lives to it.