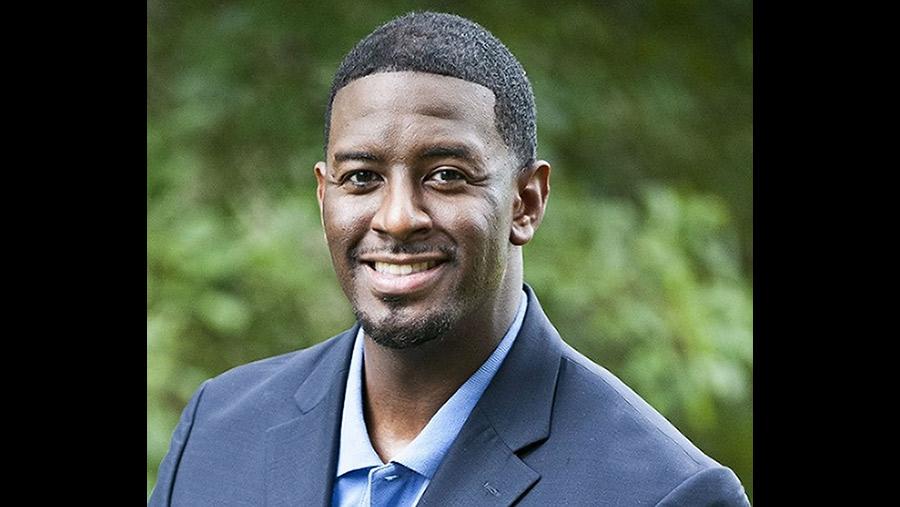 Local democracy is going on trial in Florida Tuesday. That's when opening arguments in the lawsuit being brought by the gun lobby against Tallahassee Mayor Andrew Gillum will be heard by Florida's First District Court of Appeals.

The trial is also a test of the state's super-preemption law – laws created to intimidate local, and often more progressive, lawmakers from passing and enforcing ordinances that reflect the values and needs of their communities.

Mayor Gillum explained what's at stake on a post on Medium:

I'm being personally sued by the gun lobby. In 2014, as a Tallahassee City Commissioner, my colleagues and I refused to repeal ordinances that prevent shooting guns in a public park. Because of our actions that day, and our commitment to the safety of our citizens, my fellow locally elected officials and I are facing fines of $5,000 per vote, damages up to $100,000, and the potential to be removed from our elected jobs by the Governor of Florida. We have also been forced to find our own lawyers to defend us in Court."

Gillum explained the suit isn't about guns, but about "huge special interests, in this case the National Rifle Association (NRA), spending big money to take away local voices and local control, using tactics called preemption and super-preemption. It's also about how these special interests and corporations, after getting their way with state government, are trying to intimidate and bully local communities by filing damaging lawsuits against officials like me. Like your local commissioners. Like your local councilmembers. Like your Mayor. And like you. It's wrong, it's cowardly, and unfortunately, it seems to be getting worse; especially in places with far-right conservative state governments."

No other state preemption law in the country goes as far as Florida's, according to a recent article in City Lab. Arizona's S.B. 1487 targets local governments by withholding matching funds from those that pass ordinances or regulations that contradict state law. But, according to Ben Beach, legal director for the Partnership for Working Families, the Florida firearms statute alone holds individual lawmakers personally responsible for their votes on local regulations.

Mayor Gillum is using the occasion of the court hearing to launch the Campaign to Defend Local Solutions, a nonpartisan coalition of mayors, commissioners, and council members working to protect local government interests against state legislature interference.

There is a right to keep and bear arms and this should not be regulated at the local level creating much confusion among law-abiding.
Good for the mayor. Guns have NO place in a public park. NONE. Some of you here NEED to get that. If the citizens DON'T want them in their park, it is their RIGHT to do so. The nra does not like it, all the more reason to do so. They NEED to suck it up, buttercup & get OVER it.