Rumors of the Walker Probe's Death Have Been Greatly Exaggerated 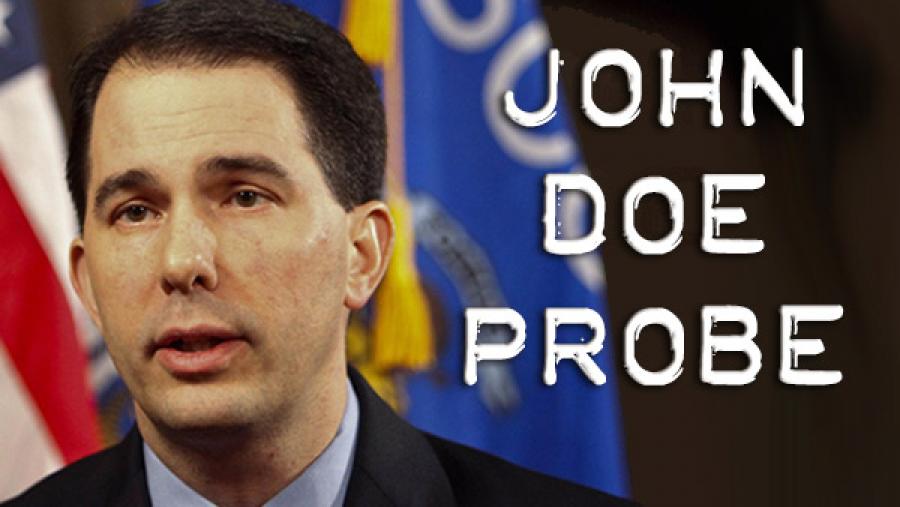 After a January 30, 2015 ruling from Milwaukee-based federal Judge Charles Clevert, some declared that the "John Doe" probe into alleged campaign finance violations by Governor Scott Walker's campaign was dead.

To adapt the Mark Twain quote, rumors of the John Doe's death have been greatly exaggerated.

For over two years, Republican and Democratic prosecutors in Wisconsin have been part of a criminal investigation into whether Governor Walker’s campaign coordinated with “independent” electoral groups, particularly Wisconsin Club for Growth, which spent $9.1 million on the recall elections and funneled millions more to other groups. The nonpartisan Government Accountability Board also supported the investigation, with Board Chair Gerald Nichol--a former Republican elected official--recently noting the Board was presented with "credible, hard evidence" the law had been violated. The probe is conducted under Wisconsin's "John Doe" procedures, which is like a grand jury but conducted in front of a judge.

Judge Clevert's decision blocking the enforcement of some Wisconsin limits on independent political spending was not related to the Walker investigation, but instead came in the context of a separate challenge to Wisconsin campaign finance laws. Critics of the Walker probe claimed that Clevert's ruling had the effect of upending the John Doe prosecutors' legal theory, thereby prohibiting the investigation from continuing even if the Wisconsin Supreme Court gives it the greenlight.

But these claims are erroneous. Wisconsin law is in the same state that it has been since May of 2014, when a decision from the 7th Circuit Court of Appeals struck down those same Wisconsin limits on independent political spending. That decision, referred to as Barland II and authored by Judge Diane Sykes, left intact the rules that apply to candidates and campaign contributions--including the coordinated expenditures at issue in the John Doe investigation, which are not "independent" and instead considered in-kind campaign contributions.

Judge Clevert's January 30, 2015 order was essentially a formality, codifying at the district court level what had already been decided by the 7th Circuit appellate court in Barland II.

This is important because Barland II had been decided several months before a different 7th Circuit panel, in a decision authored by Judge Frank Easterbrook, rejected claims from Wisconsin Club for Growth that the investigation relied on an unconstitutional interpretation of campaign finance law. That ruling reversed an earlier decision from district court Judge Rudolph Randa halting the probe.

Even after Barland II, Judge Easterbrook wrote that, until Judge Randa's decision, "neither a state nor a federal court had held that Wisconsin’s (or any other state’s) regulation of coordinated fundraising and issue advocacy violates the First Amendment."

Confusion Over Relationship Between District and Appellate Courts

The media's confusion about Judge Clevert's ruling seems to arise from a misunderstanding of the relationship between district courts and appellate courts.

In Barland II, the 7th Circuit vacated Judge Clevert's decision and declared that some Wisconsin campaign finance laws relating to independent expenditures were unconstitutional. (Many of those laws had not been enforced for years yet remained on the books, after having already been rendered unenforceable by Citizens United.)

After issuing its decision, the 7th Circuit then remanded the case back to Judge Clevert, with instructions that "the district court shall issue a permanent injunction consistent with this opinion."

Judge Clevert's January 30, 2015 ruling did just that, and nothing more. The state of Wisconsin campaign finance law is in the same position that it has been since May of 2014--four months before Judge Easterbrook's decision in September of last year.

The other apparent source of confusion is over the longstanding legal distinction between "independent expenditures" (which, as the name implies, are expenditures made independently of candidates and not coordinated with their campaign) and "contributions" to candidates.

The U.S. Supreme Court has long taken a two-tiered approach to expenditures and contributions, holding that limits on direct contributions to candidates are subject to less scrutiny than regulation of independent expenditures that benefit a candidate.

The Barland II decision (and Judge Clevert's ruling that followed) dealt exclusively with regulation of independent expenditures, narrowing the law to only regulate ads run independently of campaigns that expressly tell viewers to "vote for" or "vote against" a candidate.

The decision didn't address the laws governing campaign contributions, which are the laws prosecutors allege were violated by Walker's campaign and groups like Wisconsin Club for Growth. Coordinated expenditures are not "independent," and are instead considered in-kind campaign contributions, regardless of whether the coordinated ads include express advocacy. Prosecutors have primarily uncovered evidence of the Walker campaign allegedly coordinating over so-called "issue ads" that stop short of express advocacy.

Part of the theory behind the two-tiered assessment is that truly independent expenditures pose less risk of corruption than direct contributions. In Citizens United, for example, the Court struck down corporate independent spending limits under the theory that ‘[t]he absence of prearrangement and coordination of an expenditure with the candidate or his agent . . . undermines the value of the expenditure to the candidate.’” With coordination the expenditure becomes more "valuable" to the candidate, increasing the risk of corruption and legally becoming the in-kind equivalent of a campaign contribution.

As Judge Easterbrook emphasized in his decision--which, again, came four months after Barland II--coordination rules are a constitutional means of preventing circumvention of the contribution limits and disclosure requirements that courts have repeatedly upheld as constitutional.

The Walker probe is not dead. The future of the investigation--and with it, Wisconsin campaign finance law--now rests with the Wisconsin Supreme Court. Although the state's highest Court has its own conflicts of interest in the case, raising questions about whether the Court's Republican majority can be impartial, the Walker investigation is far from resolved.