Why Is the Wall Street Journal Livid that Scott Walker Wants a John Doe Settlement? 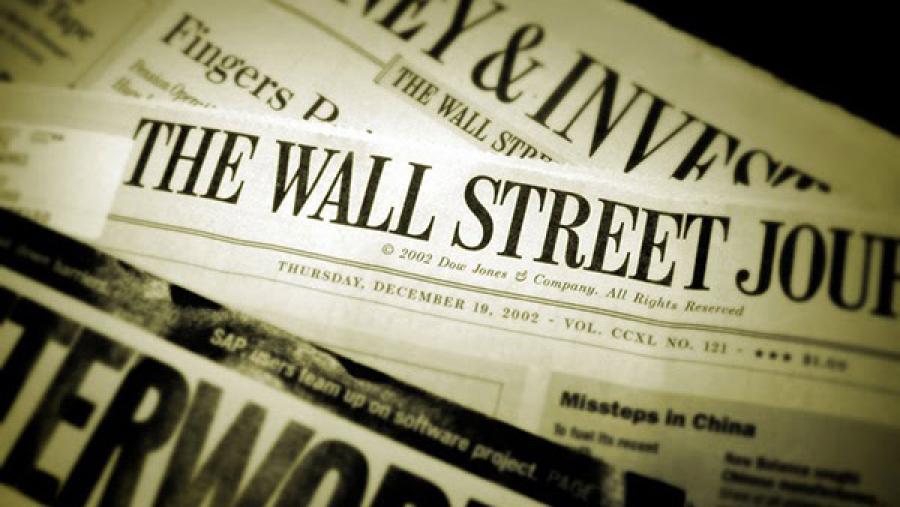 Wisconsin Governor Scott Walker's campaign is reportedly negotiating a settlement with prosecutors in the long-running "John Doe" criminal campaign finance probe -- and the Wall Street Journal editorial board, which for months has attacked prosecutors and portrayed the investigation as baseless, is livid.

Despite repeated efforts by the Wall Street Journal editorial board and other right-wing outlets to recast the probe as a legally-baseless effort to "criminalize political speech in Wisconsin," the reported settlement negotiations appear to provide further evidence that the John Doe investigation is on solid legal ground.

The unsigned, anonymously-sourced Journal editorial broke the news of the settlement talks on the evening of May 27, writing that:

"Steven Biskupic, who represents Friends of Scott Walker, has been negotiating with Wisconsin special prosecutor Francis Schmitz to settle the state's investigation. The understandable concern among the direct targets of the John Doe is that Mr. Biskupic will cut a deal that would exonerate Mr. Walker while wresting concessions from some of Mr. Walker's allies."

The editorial strikes an aggressive tone, warning that "Mr. Walker has to decide whose side he's on—his own, or the larger principles he claims to represent."

Walker and his attorneys declined comment when the Milwaukee Journal Sentinel asked about the allegations.

Since 2012, a bipartisan group of Wisconsin prosecutors have been looking into alleged coordination between political campaigns, including Walker's 2012 recall campaign, and non-profit groups like Wisconsin Club for Growth (WCFG) that cumulatively spent millions on "issue ads" supporting candidates during the state's recall elections.

Wisconsin's John Doe criminal probe operates like a grand jury, under strict secrecy orders, yet targets of the investigation -- in particular, Wisconsin Club for Growth director Eric O'Keefe -- have made a series of strategic leaks to the Wall Street Journal's editorial board since November, putting Wisconsinites in the odd position of reading breaking news about their state on the opinion pages of the national right-wing outlet.

The Journal editorial page has used the platform afforded by its exclusive sources to write six pieces aggressively campaigning against the John Doe investigation, recasting the enforcement of the state's campaign finance laws as a "political speech raid." O'Keefe was portrayed as an innocent victim of overzealous Democrat prosecutors bent on "trying to silence conservatives" (ignoring the fact that the team of prosecutors is fully bipartisan).

Within Wisconsin, the Franklin Center for Government and Public Integrity's Wisconsin Reporter also relied on exclusive, usually unnamed sources to push similar messaging in the 68-part-and-counting series it calls "Wisconsin's Secret War." (As CMD uncovered, Franklin Center / Wisconsin Reporter has a stake in the outcome of the John Doe -- the organization was launched by O'Keefe, and its Director of Special Projects, John Connors, is also President of Citizens for a Strong America, one of the groups under investigation in the probe).

For months, both outlets have insisted the investigation is unfounded and that Wisconsin statutes do not bar coordination between political campaigns and nonprofit groups that run sham "issue ads."

Yet these portrayals have ignored or dismissed all evidence that contradicts their "partisan witch hunt" allegations, such as the Republican credentials of some of the prosecutors leading the investigation and the long-standing state precedent treating coordinated issue ads as a candidate contribution.

The news of settlement talks further undermines their description of the probe as a baseless investigation. It seems hard to believe that Walker would be negotiating settlement if his high-priced lawyers thought this investigation was going nowhere.

Randa to Be Reversed?

On May 6, federal judge Rudolph Randa halted the probe in a lawsuit filed by Wisconsin Club for Growth. The sharply worded decision from Judge Randa -- a member of the Milwaukee Federalist Society's Board of Advisors and a regular attendee of Koch-funded judicial junkets -- was celebrated by the Wall Street Journal editorial board and Franklin Center/Wisconsin Reporter, and at first glance seemed to vindicate their claims that the John Doe was a "partisan witch hunt."

But as CMD reported, Judge Randa's decision deployed a very strained and results-oriented reading of the law and facts of the case. It ignored the role of Republican prosecutors in leading the investigation, and the years of Wisconsin precedent and practice barring issue ad coordination. It amounted to a federal court creating its own interpretation of state law to halt an ongoing state investigation, violating judicial principles of comity and federalism.

The Seventh Circuit quickly reversed Randa's unprecedented and widely-condemned dictate that all evidence in the criminal investigation be destroyed, and many observers suspected that the rest of the decision would also be reversed.

The fact that Walker's campaign is negotiating settlement, despite the investigation being temporarily stayed, could be a further indication that Randa's reasoning is so severely flawed that the Seventh Circuit is gearing up to smack Randa down, again.

If O'Keefe or others were charged with illegal coordination, the Wall Street Journal editorial board, Franklin Center/Wisconsin Reporter and their allies had successfully laid the groundwork to spin the charges as a partisan injustice, and to intimidate prosecutors into thinking twice before launching another campaign finance enforcement action.

If O'Keefe succeeded in his challenge to the probe -- either in front of the sympathetic Judge Randa or the conservative-controlled Wisconsin Supreme Court -- they could claim victory, and continue using the probe as an example of how campaign finance limits are tools of oppression.

But it seems that Walker acknowledging that the probe is justified and the prospect of him settling the case -- as he gears up for his 2014 gubernatorial reelection and a 2016 presidential run -- threw a wrench into these plans.

"Mr. Walker has to decide whose side he's on—his own, or the larger principles he claims to represent." So the WSJ now recognizes that these are two different things - indeed, not only different, but opposed! I'm looking forward to the article where they lay out exactly how and why it is that these causes are so divergent.
I am not surprised at all about the reported negotiations. I still wonder EXACTLY where the roughly 650,000 dollars went from the first probe. Legal fees for having to do almost nothing? Not a chance, not even for the highly regarded high-priced law firm from Chicago that Walker used. Every time I see one of those bumper stickers that say "Proud of my Eagle Scout" I want to cry or vomit or both. Maybe a long time ago Walker was honorable enough to become a worthy Eagle Scout..........but these days...............sigh.