Kentucky, Oregon and Arkansas had their congressional primaries on Tuesday and, as usual, Congresspedia's Wiki the Vote project is on the case with which candidates made the cut for the November ballot.

Well, Arkansas sort of had congressional primaries - as best we can tell, every member of its incumbent congressional delegation faced no challenge from within their own party or from the other major party, so each will face only Green and Libertarian challengers in the fall. Oregon and Kentucky, which both have a Republican senator up for reelection and at least one House member retiring, had vigorous primaries.

Each candidate and incumbent has a profile within Congresspedia's Wiki the Vote project, which you can find at the Oregon, Arkansas and Kentucky portals, or through the full listing of the primary victors below. We need your help to find out more about these candidates, so if you know something about them please add it to their profile. (You can always contact one of the staff editors for help.)

Charlie Black, the chief campaign adviser for Republican Party Presidential aspirant John McCain, has dismissed calls that he should resign due to his many years of lobbying work for BKSH & Associates, calling the calls "complete inside-the-beltway nonsense." MoveOn 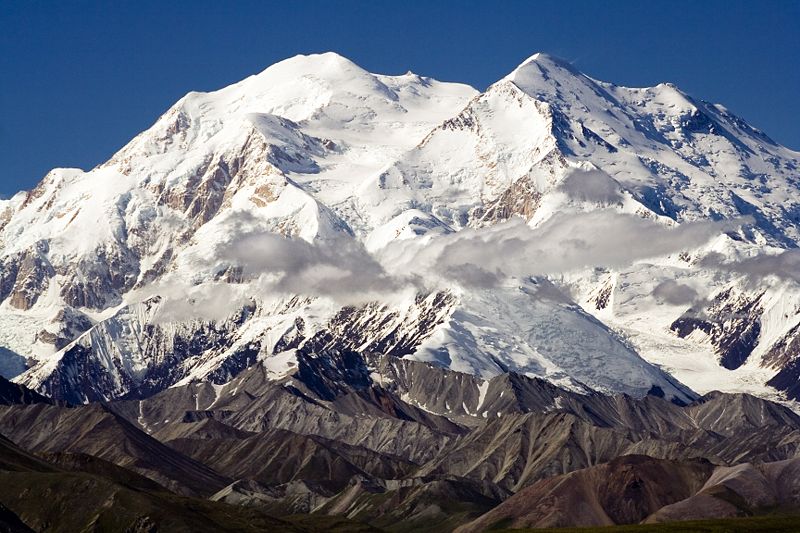 Colorado Republican candidate for U.S. Senate Bob Schaffer proclaims his devotion to the state in his latest television ad, saying "Colorado is my life ...

Several big votes are expected this week, as the farm bill finally leaves conference negotiations and hits the floors of the House and Senate for possibly final votes, amendments to the latest Iraq War funding bill wind through the House, and congressional elections are held in Mississippi, West Virginia and Nebraska.

Farm bill
The Farm bill is finally hitting the floor in the Senate and House this week. President George W. Bush has threatened to veto the bill, and White House actually posted a list of its objections on its Web site this afternoon. They include:

Iraq War funding
In addition to action on the Farm bill, expect votes on three separate amendments related to the Iraq supplemental. House Democrats have decided to push the amendments to give different factions within their caucus an opportunity to vote on the war and on troop withdrawal, all while forcing a slate of domestic funding options into a must-pass defense bill.

It was a busy last week in Congress, as major deals were reached on the Farm Bill and Congress' response to the mortgage crisis. The stalled nominations process for the Federal Elections Commission received a new twist with big ramifications for the 2008 presidential election, the Senate Ethics Committee cleared Sen. David Vitter (R-La.), Rep. Vito Fossella (R-N.Y.) got into trouble with the law, Barack Obama picked up 24 superdelegates, Hillary Clinton picked up 7, and North Carolina and Indiana had their congressional primaries.

On Thursday the House passed a new, catch-all housing bill that combines several bills already passed by the House and Senate by a 265-153 vote. The House bill's most remarkable feature is a program championed by Rep. Barney Frank (D-Mass.), the powerful head of the House Financial Services Committee. Under the program, the government would offer banks a deal: taxpayer-backed insurance on the mortgages of homeowners likely to default in exchange for making the terms significantly easier for the homeowners to make. While this would cost banks substantial amounts of money versus what they would receive if the mortgages were all paid off, it would also reduce the number of homeowners who default on their mortgages, keeping them in their homes and theoretically saving the banks money in the long run.

Homeowners who are behind in their payments and whose home values have fallen below the amount of their mortgage (thus creating an incentive for them to walk away from the loan) would be eligible for the program. The FHA would offer to insure their mortgages if the bank lowered the amount of the loan to no more than 90 percent of the current market value of the home (thus giving the homeowner positive equity in the home) and reducing the monthly payments. If the value of the insured homes rise and the homeowners sell or refinance at a profit, a portion of that profit goes back to the FHA. The Congressional Budget Office estimated that up to 500,000 homeowners would qualify for the program.

For more on the week's legislation and other developments, click through.

Doug Goodyear, the CEO of the Washington D.C. PR and lobbyshop, DCI Group, was selected to manage the forthcoming Republican National Convention (RNC), in St.

While the presidential race is getting all the attention, voters in Indiana and North Carolina also selected their parties' nominees for their 22 House of Representatives seats and one Senate slot on Tuesday. Each seat's incumbent is running for reelection, but this is a turbulent election year, and the three high-school teachers, three attorneys, several small business owners and elected officials, and one TV weatherman challenging them could give them a run for their money. The Democrats are defending twelve House seats to the Republicans ten, plus Elizabeth Dole's seat in the Senate.

Each candidate and incumbent has a profile within Congresspedia's Wiki the Vote project, which you can find at the Indiana and North Carolina portals, or through the full listing of the primary victors below. We need your help to find out more about these candidates, so remember that these profiles are editable by anyone and jump right in. You can always contact one of the staff editors for help.

AdAge reports that Fenton Communications and its client MoveOn.org have announced a politically liberal advertising consortium using corporate advertising executives and firms to "help change the playing field this year. ... At the moment it will go after presumptive Republican nominee Senator John McCain. ...

In addition to the presidential primaries taking place today, there are also a number of congressional contests occurring in Indiana and North Carolina. The highest-profile primary race may be in Indiana’s 7th district, where recently-elected Rep. Andre Carson will battle for a slot on the November general election ballot.