The Center for Media and Democracy is hosting a "Coffee with the Troops" at Yearly Kos this Sunday in Chicago, August 5, 9:30 a.m. at the Hyatt Regency McCormick Place. This is one of four Yearly Kos events with CMD staff. It features national leaders of Iraq Veterans Against the War and examines where online activists now stand on Iraq as the war drags on and campaigning for 2008 intensifies. Will the Netroots follow the lead of Democratic Party officials, candidates and strategists? Or, will online activists and bloggers help unite and mobilize a stronger, independent movement against the war? 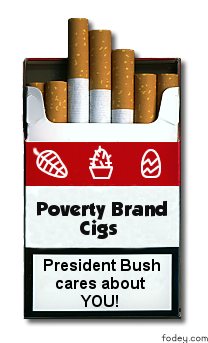 The Senate Committee on Finance by a vote of 17-4 last Friday approved a hike in the federal cigarette tax to expand health insurance coverage for children from low-income families, but President Bush has vowed to veto the measure. 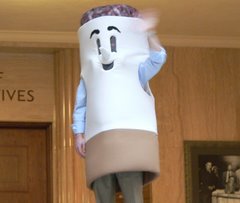 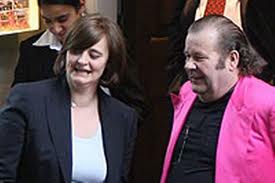 As Australian-born media magnate Rupert Murdoch gets ever closer to adding the coveted Wall Street Journal to his media empire, it is instructive to examine how Murdoch's ownership and corporate relationships have affected media coverage in the past. Information on this can be found in tobacco industry documents.

Penn was recently in the news when several union officials expressed concern that Democratic Presidential aspirant Hillary Clinton had hired him as a "key strategic adviser," even though B-M has a specialist unit that advises clients on defeating union campaigns. Not surprisingly, Clinton's campaign shrugged off the criticism, insisting that he is a "vital member of our team." In an email to Atlantic Online, Penn wrote that that he had "never personally done such [anti-labor] work" and insisted that he has "strong personal sympathies with the labor movement." (Why someone who proclaims their pro-labor sympathies would even head up a PR firm that runs an anti-labor unit went unexplained.) Even if one accepts Penn's explanation at face value, it left me wondering who he had worked for.

Gloria Tucker's mother and grandmother both smoked cigarettes. Both died from smoking-related health problems. An African American woman, Tucker believes that her loved ones' deaths were due to "racial profiling" by big tobacco companies. And she's got the documents to prove it.

On June 7, Miami attorney J.B. Harris filed a lawsuit on Tucker's behalf. The suit seeks $1 billion in punitive damages collectively from Philip Morris USA, Lorillard Tobacco, R.J. Reynolds, and Liggett Group. It accuses the companies of using predatory marketing techniques to target African Americans. Central to the case are hundreds of tobacco industry documents that detail how companies designed cigarettes especially for African Americans; tailored marketing campaigns to lower-income, less-educated African Americans; and continued to do so long after the U.S. Surgeon General's 1964 declaration that cigarettes are hazardous to health.

If you think the U.S. tobacco industry is bad, you'll find the behavior of many of the same companies overseas to be truly shocking.

Happily, the industry is beginning to be held accountable for its operations in the Global South. Nigeria's two largest states are following the lead of U.S. states, in suing British American Tobacco (BAT) of Nigeria, its U.K. parent company and Philip Morris International for the health care costs of treating sick smokers, The Times of London reported this week.

The new lawsuits demonstrate the importance of the online public databases of previously secret tobacco industry documents. The 1998 U.S. Master Settlement Agreement required major tobacco companies to reveal millions of pages documenting unethical -- and even illegal -- marketing, public relations and lobbying campaigns. A lesser-known treasure trove is the British American Tobacco Documents Archive, which has made some seven million pages of BAT documents freely available. These documents are of particular importance to countries like Nigeria.