R.J. Reynolds (RJR) may be funding a South Carolina anti-tax group to oppose a cigarette tax for health care. The Cover Carolina Collaborative, a group of health care organizations, is proposing that the state's tax be raised to $1.00 a pack, to help cover uninsured employees. South Carolina currently has the lowest cigarette tax in the nation, at seven cents a pack.

Philip Morris has quietly disbanded its controversial External Research Program (PMERP), through which it funded academic and scientific research at major universities. The funds doled out by the program were substantial: in the 2006-07 fiscal year, the University of California system alone received around $16 million through PMERP. 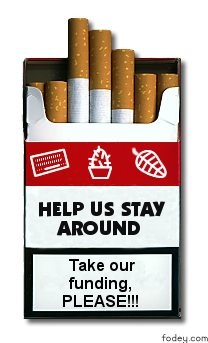 "Here's a recipe for academic controversy," observes Richard C. Paddock: "First, find dozens of hard-core teenage smokers as young as 14 and study their brains with high-tech scans. Second, feed vervet monkeys liquid nicotine and then kill at least six of them to examine their brains. Third, accept $6 million from tobacco giant Philip Morris to pay for it all. 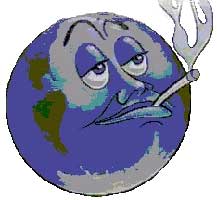 With marketing constraints increasing and cigarette usage declining in the developed world, Philip Morris (PM) is increasingly targeting smokers in other countries. PM now makes sweet-smelling cigarettes with cloves and other flavors that have twice the tar and nicotine as conventional products, created to appeal to smokers in developing countries.

We need help tidying up Tobaccowiki's expansive database of people involved with the tobacco industry. Many of the descriptions in the database are currently in fragmented sentences. For example, the description of Betsy Agle says "(EPA Indoor Air Branch employee)." We would rather it say "Betsy Agle was a U.S.