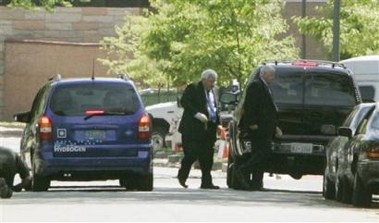 The Raw Story reports that Speaker of the House Dennis Hastert just couldn't wait to get back into his SUV after a photo op and short ride in a hydrogen car.

Welcome to the debut of Congresspedia, the "citizen's encyclopedia on Congress." Congresspedia is a bold new experiment by the Center for Media and Democracy and the Sunlight Foundation in distributed citizen journalism. It is based on the wiki model (think Wikipedia) and is a subset of the Center's SourceWatch wiki.

Political campaigns in the United States are using the internet as never before, reports Adam Nagourney.

Republican congressman Randy "Duke" Cunningham recently resigned after pleading guilty to graft and tearfully admitting that he took $2.4 million in bribes from defense contractors, prompting an interesting question from Joshua Micah Marshall: "How did Duke Cunningham manage to get so far entangled in an ethics mess that he had to plead guilty to federal charges of accepting bribes without anyone re

"Myself and others felt violated by the first bill," said Doug Simon, the founder, president and CEO of D S Simon Productions, a major producer of the faux television news reports known as video news releases (VNRs). 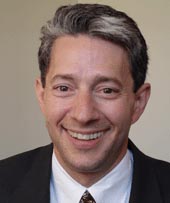 Simon was referring to the Truth in Broadcasting Act (S 967). In its original incarnation, this bill would have required a "conspicuous" disclosure to accompany any government-produced or -funded prepackaged VNR or the radio equivalent, an audio news release (ANR).

"It is no longer possible to ignore the strangeness of our public discourse," former U.S. Vice President Al Gore told the We Media Conference in New York.

For the first time in his presidency, George W. Bush has an approval rating below 40 percent, according to a new CBS News opinion poll. Also, "Sixty-nine percent of Americans say things in the United States are pretty seriously off on the wrong track—the highest number since CBS News started asking the question in 1983. ... And for the first time in this poll, fewer than half the public approves of the way he is handling the campaign against terrorism."

Graham and Wallace were discussing the "torrent of federal spending" on relief and reconstruction projects in the Gulf coast states devastated by Hurricane Katrina that is "just exploding the deficit" (both Wallace's phrases). The Senator was advocating for budget cuts to balance the disaster spending, which is expected to total as much as $200 billion.