After much anticipation, Senate Republicans blocked debate early Monday evening on a bill opposing President Bush’s plan to escalate U.S. troop levels in Iraq. Sixty votes were required to bring it to the floor, and ultimately the motion to invoke cloture fell eleven short, 49-47. 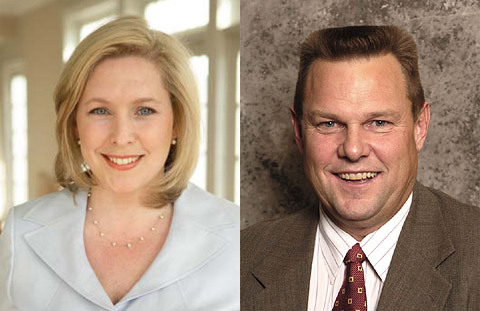 While there are no House seats up for election until next year, two Democratic reps. from Pennsylvania, Robert Brady and Chaka Fattah, have opted to face voters much sooner. Both are running for the open Philadelphia mayor's seat, a position currently held by the term-limited John Street.

The Daily Kos has a diary discussing the Sarah Olson case, with lots of good debate in the comments section (including a couple of comments by me).

Democracy Now! has an interview with journalist Sarah Olson, following the announcement that the U.S. military has dropped its effort to subpoena her testimony in the court-martial of war resister Lt. Ehren Watada.

Last Wednesday, the House approved a rule change granting the four House delegates and the resident commissioner of Puerto Rico partial voting rights on the House floor. A similar rule was implemented in 1993 by a Democratic majority, but repealed in 1995 after Republicans took control of Congress. The resolution passed largely along party lines, 226-191.