The last day was a long one in the House-Senate conference committee on financial reform. The conferees had been at it since 9:00 a.m. and were rumpled and weary. Big bank lobbyists packed the conference room and trailed out into the hallways. As the clocked ticked into the wee hours, the chances for meaningful financial reform dimmed. At issue was the strong and controversial crack-down on derivatives trading authored by Senate Agriculture Committee Chair Blanche Lincoln (D-Arkansas).

Today, U.S. Senator Blanche Lincoln (D-Arkansas) was dragged into a meeting with Senate Majority Leader Harry Reid (D-Nevada), Senate Banking Chairman Chris Dodd (D-Conn.), Speaker Nancy Pelosi (D-Calif.) and House Financial Services Chairman Barney Frank (D-Massachusetts). It was a pile-on to ask her to agree to weaken her strong derivatives reforms to accommodate Wall Street. Lincoln made it clear she was not pleased with the pressure. "There are some that are not as interested in being as aggressive in making sure that the possibilities of this financial crisis don’t happen again,” the Arkansas Democrat told Roll Call after the meeting. The issue of derivatives will be taken up tomorrow in the House-Senate Conference Committee which is pounding out the difference between the two bills. Will they adopt the Senate version (which covers 90% of derivatives, with a narrow exemption for legitimate end-users like municipal gas companies) or the House version (which is riddled with loopholes and covers only 60% of derivatives trading)?

As the fight on Capitol Hill for financial reform enters its final stages, it is worth asking what will be done to protect states and localities from the Wall Street con. On Thursday, the House-Senate conference committee on financial reform will take up the controversial section of the bill dealing with derivatives reform. Not a local issue right? Wrong. Service Employees International Union's (SEIU) Big Banks campaign has uncovered about 71 states and localities which have bought into dangerous derivatives and swaps deals to finance local priorities.

This information was not easy to uncover, and the total number of munis holding these little ticking time bombs is not known. For the big banks, these deals are off book and off record, and politicians of course don't like to brag about getting swindled. It is only when these deal explode and there is a huge shortfall that the public begins to be aware. Sometimes even that is not enough, and some districts are in denial about the problems posed by their investment portfolio.

The U.S. Chamber of Commerce has launched what it is calling a virtual march on Washington to oppose financial reforms being considered by Congress this week. With relatively few actual Americans willing to take their summer vacation in D.C. to march in favor of the Big Banks whose gambling broke the economy and whose practices have pillaged the financial security of working people, the Chamber has resorted to urging "avatars," or computer representations of people, to march on the virtual capital of the U.S. This so-called march seems a fitting symbol of the emptiness of the whole gambit by the Chamber. With Wall Street lobbyists swarming the capitol and Wall Street spending millions of dollars to thwart the reforms most needed and wanted by actual American people, the Chamber has had to manufacture a people's protest against the reforms, but sans real people. Apparently, they could not even enlist their buddies orchestrating the Tea Party, like former Congressman Dick Armey, or their cashroots allies in astroturf over at the Orwellian-named FreedomWorks, to cajole or even hire stand-in protesters to come to the National Mall to take up pitchforks against financial reforms. But lest all this computer gamesmanship be in vain, the Chamber is taking steps to ensure that Members of Congress know how many of the avatars are their purported constituents -- residents who love the Big Banks enough to send the very best: their idealized computer images.

The long awaited House-Senate Financial Reform Conference Committee got underway this week. Thanks to the efforts of Public Citizen, Campaign for America's Future, CMD and others, these committee meetings will be live on C-Span 3, and all amendments will be made available in advance. At BanksterUSA we are working hard to make sure that the strong derivatives language currently in the Senate version of the bill is not weakened (Sec. 716 authored by Senator Blanche Lincoln, D-Arkansas). We are keeping a whip count on the conferees and we could use your help! A whip count helps us pool intelligence on what the members are saying to their constituents. If you make a call you can post a comment to our whip list letting us know what you heard. It is grassroots activism at its best.

To the surprise of many, Blanche Lincoln won her Arkansas Senate runoff. She did so as a modern-day William Jennings Bryan standing up for farmers and pushing a strong Wall Street reform proposal to help farmers and protect taxpayers. It is worth reviewing the promises made on the campaign trail and the lessons the race holds for candidates in 2010. In a conservative state, Lincoln ran hard on her record as Agriculture Committee chair, her critical health care vote and on her strong proposal to crack down on Wall Street derivatives trading. "I am Blanche Lincoln and I grew up in an Arkansas family where I was taught to solve problems ... that's why I cast the deciding vote to pass health care reform ... And it's why I am taking on Wall Street with the toughest reform bill of anyone in either party ... and it's going to pass," she reassures with a nod. This is a winning message in a tight race.

Reckless swaps and derivatives trading played a critical role in the financial crisis, inflating the domestic housing bubble and turning it into a global economic catastrophe. As the House and Senate conference committee begins final work on the financial services reform bill, it is critically important that we wall off the casino from the taxpayer guarantee. If big banks want to gamble they need to do so with their own money. Nobel prize-winning economist Joseph Stiglitz makes the case for strong provisions in the Senate derivatives chapter plainly: "If [Congress] fails to pass strict oversight of dangerous over-the-counter derivatives and swaps the U.S. economy will continue to be vulnerable to significant financial risk."

To urge the House and Senate conferees to take action visit BanksterUSA. 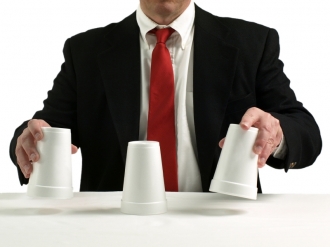 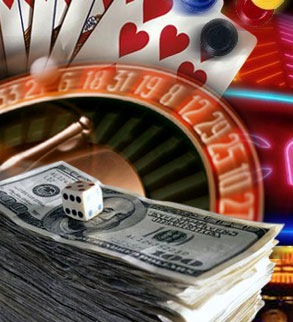 According to a story in the Washington Post by Mike Konczal, the Big Banks have just created an astroturf or cashroots group called the "Consumers Against Retail Discrimination Alliance" to fight a provision of the financial reform bill: This nominal "consumers" group is constituted of really, really big "consumers," according to Konczal, including "Visa, MasterCard, Bank of America, JP Morgan Chase, U.S. Bank, Citi" and almost every banking association that is part of the more accurately named "Electronic Payments Coalition." They have attempted to label this a corporate "civil rights" issue by talking about "discrimination" -- or "retail discrimination," that is.