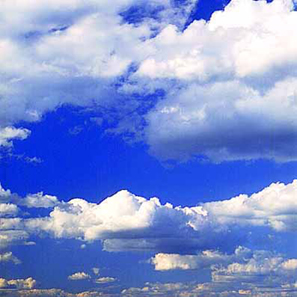 A small study by prominent climate change skeptic Roy Spencer is being dismissed by mainstream climate scientists as containing technical and theoretical faults that make it incorrect. The study, published in late July in the online, open-access journal Remote Sensing, examined the effects that cloud cover has on climate change, and concluded that clouds are more of a cause of global warming than an effect of it. Spencer is known for his views that climate change is not human-caused. His recent study concludes that the question of the role clouds play in global warming "remains an unsolved problem."

The study drew public attention after a writer who works for the Heartland Institute -- a libertarian think tank that questions the reality and import of climate change -- wrote in Forbes magazine that Spencer's study negates climate change "alarmists'" concerns about global warming. Mainstream climate scientists have said that Spencer used an incorrect model in the study, adjusted it to match his own observations, and that he advances arguments in the paper that are neither new nor correct.

If you would go to youtube and look up HAARP and select one or two of the listed topics on the HAARP, I believe that this is what is happening to our weather and what is the cause of some of the earthquakes.

Please add a link or citation for the climate scientists who have debunked Spencer's study.

Never mind. I found a source for the article since the Main Source listed above is not a working link.
A reprint of the AP story can be found at:
http://blog.al.com/wire/2011/07/skeptics_small_cloud_study_ren.html

Thank you for finding a cite to fix the broken link! I have added it to the story. Lisa