Heartland Takes their Skepticism North of the Border | PR Watch

Heartland Takes their Skepticism North of the Border 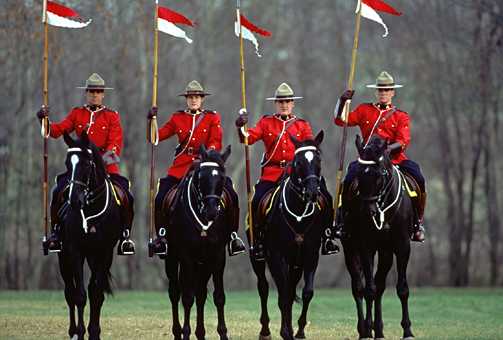 CMD reported previously on the Heartland Institute's climate change skepticism, and its efforts to cast doubt on the overwhelming evidence of global warming. The Chicago-based, ExxonMobil-funded think tank has taken its case north of the border, sending out "more than 11,000 brochures and DVDs to Canadian schools urging them to teach their students that scientists are exaggerating how human activity is the driving force behind global warming." While Heartland says that the outreach effort is an attempt to introduce "balance" into the discussion, the Sierra Club of Canada disagrees. Spokesperson Emilie Moorhouse said, "It's alarming that an American think tank is distributing misinformation on the most important issue of our time in Canadian schools, to actually create an illusion that there is a scientific debate." Ignoring the consensus reached by the Intergovernmental Panel on Climate Change that climate change is "unequivocal" and caused by human activities, "the brochure and DVD said that scientists were 'deeply divided' about 'the notion that climate change is mostly the result of human activities.'" Heartland also sent the information packets to 200 Canadian policymakers.

Recently 32000 degreed professionals of which over 9000 have PhDs or higher signed the Oregon Petition condemning the Kyoto Accord. IPCC has a membership of 2500. To make statements to the effect that the debate is over and the "consensus" cannot be questioned is as ridiculous as the Kyoto Accord itself. I have read the 4th. report and it is full of statements to the effect that there is a great deal more to be learned regarding this subject, so how can the debate be over. The following is just a small sample of the real truth.
Here are the real scientific facts about the effect of anthropogenic carbon on global temperatures.
Total carbon in the atmosphere at 384 ppm = 860 Billion tonnes ( Gigatonnes, GT)
Total anthropogenic emissions = 8 GT/year
Total amount of carbon recycled by plants and water =180 GT/year
Average life of a CO2 molecule in the atmosphere = 860/180 = 4.8 years
Total amount of anthropogenic carbon in the atmosphere = 4.8X8 = 38.4 GT
Atmospheric Carbon per ppm is 860/385 = 2.23 GT per ppm
Increase in Carbon due to all human emissions = 38.4/2.23 = 17.2 ppm
Effect on world temperatures if the 300 ppm were doubled = 1.2 deg C
Net effect on world temperatures by all human emissions to date
= (17.2X1.2)/300 = 0.069 deg C
The Kyoto Accord is a complete farce and its sole purpose is to transfer money from developed countries to the poor countries it will do absolutely nothing to change our climate which is driven by other much more powerful forces than CO2. Our climate has always and will always cycle.