Covert Recruiting Video in Schools, on Planes and TV 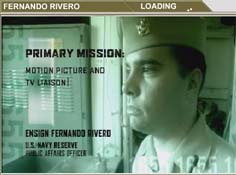 United Airlines' new in-flight video "was produced and funded by the Department of Defense -- a fact passengers do not learn from watching it," reports Jason George. The 13-minute segment, "Today's Military," profiles five "military glamor jobs." It shows only "one soldier beyond U.S. borders," who's "doing humanitarian work in Thailand" -- a remarkable focus at a time of war. The Defense Department paid United $36,000 to run the video for one month. A United spokesperson said "between 7 to 15 minutes" of their two-hour programming is sponsored video. The military video was excerpted from a 48-minute feature, produced by the Mullen firm, that's aired on at least two Illinois TV stations: Springfield's ABC and Peoria's UPN affiliates. The feature "does not say who produced it until the final credits roll" and the Defense Human Resources Activity is listed. The goal is to educate "influencers," including parents and teachers. "This fall, 40,000 copies" of the feature "will be shipped to high school guidance counselors for distribution to students."