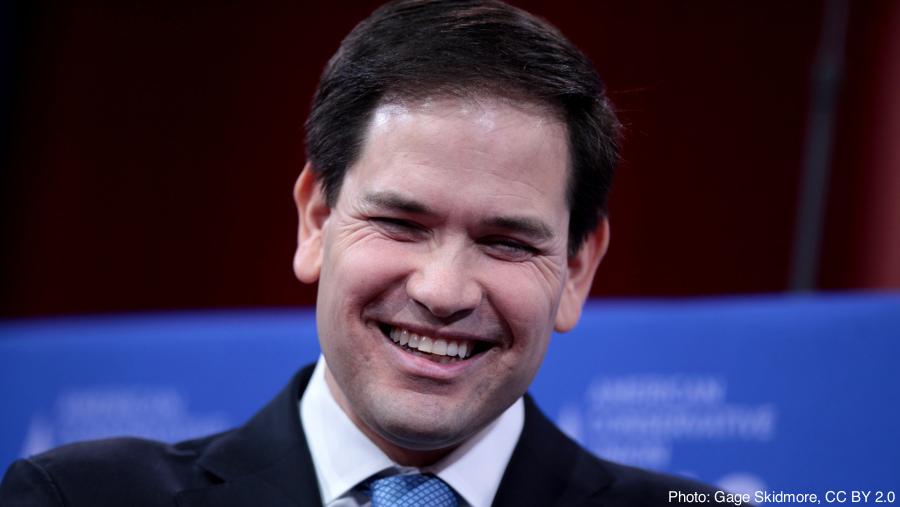 The move signals that the billionaire Koch brothers and their powerful network of donors may have chosen their horse in the 2016 presidential race. The Koch network pledged to spend close to $1 billion in the race, rivaling the spending of either political party. The Hill recently reported that some $400 million has already rolled out the door in 2015, but little is known about how this money was spent.

At the 2015 Koch retreat, Rubio won the Koch network of donors' informal straw poll. This year, shortly after his third place finish in the Iowa caucuses, officials from Rubio's SuperPAC met with the Kochs at their retreat in Palm Springs. The Kochs have not formally backed any candidate for the 2016 presidential, but they have expressed concern about Donald Trump getting the nomination. Koch donors recently told The Hill that the brothers were ready to intervene and oppose Trump.

Recently the Kochs have been trying to rebrand themselves as criminal justice reformers, but Rubio has one of the worst records on this. As an ALEC member in the Florida legislature he voted for "Stand Your Ground." As a federal politician, he continues to support the "war on drugs" and the failed criminal justice policies of the 1990s.

Until this week, Short had been the president of Freedom Partners, the Koch network's "trade association" that funnels hundreds millions of dollars each year to front groups and political advocacy organizations such as Americans for Prosperity, the 60 Plus Association, Concerned Women for America, Generation Opportunity, and the Libre Initiative.

Along with Freedom Partners' Kevin Gentry and Americans for Prosperity's Tim Phillips, Short came up through GOP politics in Virginia, and together, the three have been characterized as "the Kochs' liaisons to Washington's professional conservative class."

Rubio previously rubbed elbows with the Koch team as an invited speaker at Koch network donor summits at the Ritz-Carlton Rancho Mirage in Palm Springs in 2015 and at the St. Regis Monarch Beach Resort in Dana Point, California in 2014.