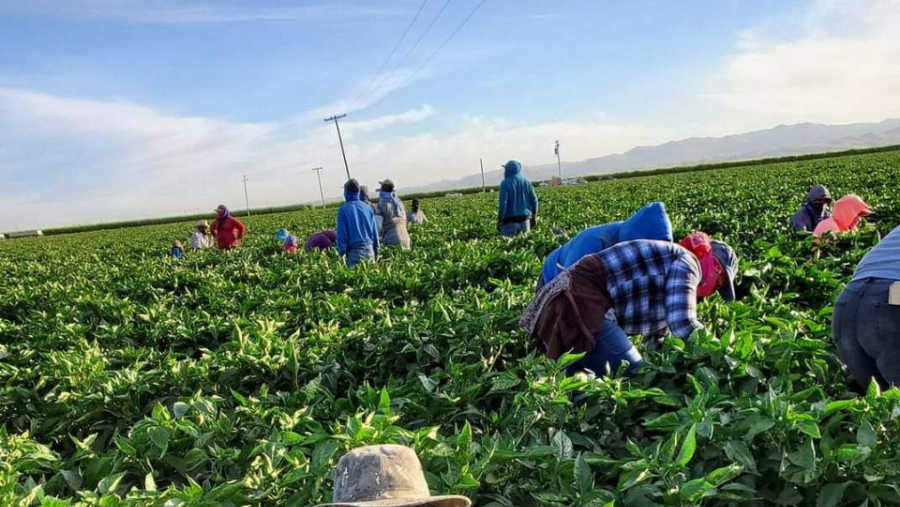 The Supreme Court will hear oral arguments today in an anti-union case that could radically reshape corporate property rights.

At issue is a longstanding California regulation that allows union organizers to enter agricultural worksites for limited amounts of time and speak with farmworkers during non-work hours. The plaintiffs, fruit growing businesses Cedar Point Nursery and Fowler Packing Company, are challenging this regulation, claiming that such visits violate the Takings Clause of the Fifth Amendment and are thus an unconstitutional government seizure of private property without compensation.

If the conservative Supreme Court, which often favors big business interests over the public, sides with Cedar Point Nursery, it would deliver a blow to labor organizing of farmworkers, who are often seasonal workers and may be difficult to reach outside of the workplace or have language barriers. But the ruling could have much broader implications than appears at first blush.

That would explain why the right-wing Pacific Legal Foundation (PLF) is representing the growers, and why at least 11 ideologically aligned nonprofits with shared pro-corporate, anti-regulatory funders have filed amicus briefs on their behalf.

The legal issue at stake in Cedar Point Nursery v. Hassid appears to be a narrow one.

"Property owners have a right to exclude trespassers," PLF argues. "The businesses are asking the U.S. Supreme Court to invalidate California’s unlawful regulation and affirm that government can’t allow unions to invade private property and disrupt commercial operations without paying compensation for a property taking."

However, "If the Court rules in their favor, it will not only damage the labor rights of California agricultural workers but also represent a broader doctrinal shift to limit the government’s capacity to protect the public welfare," wrote Martha Kinsella, an attorney at the Brennan Center for Justice.

Court observers are concerned that the new 6-3 conservative majority could take the country back to the pre-New Deal era "when the Supreme Court routinely struck down economic regulations, such as minimum wage and child labor laws," Kinsella said.

According to California’s brief, a favorable ruling for Cedar Point Nursery could potentially enable landowners to block food and drug inspections, occupational safety and health inspections, and even inspections of underground mines, all of which make workers and patrons safer. The state also contends that such a decision could allow individuals to prevent home visits by social workers.

In addition to industry groups like the California Farm Bureau Federation, Western Growers Association, and the U.S. Chamber of Commerce, numerous conservative legal centers and think tanks have filed amicus briefs supporting the plaintiffs in the case. The Center for Media and Democracy (CMD) has identified 14 right-wing nonprofits, including those tied to the Bradley, Koch, Scaife, and Uihlein fortunes, that donated a total of over $1 million from 2015 to 2019 to at least two of the groups that filed supportive briefs, or to PLF and at least one amicus group.

PLF is a right-wing think tank and associate member of the State Policy Network, a web of like-minded nonprofits and think tanks that share funders and coordinate political and legal efforts.

Seven other State Policy Network associate members, including the libertarian Cato Institute, the well-funded Institute for Justice, and the charitable affiliate of Charles Koch’s political group Americans for Prosperity, filed amicus briefs in support of Cedar Point’s argument in December and January. Several additional ideologically aligned groups did so as well.

The Bradley Foundation, which coordinated with Federalist Society board co-chair Leonard Leo to fund "two Supreme Court amicus projects" in 2014, and its donor-advised fund manager affiliate, the Bradley Impact Fund, combined to donate $5.6 million to PLF and eight amicus filers.

Other big donors to multiple amicus groups include the Adolph Coors Foundation, which disperses parts of the Coors beer fortune to an array of conservative groups; the family foundation of Trump megadonors Liz and Richard Uihlein, who are among the only three known donors to the nonprofit affiliate of the extreme-Right publication The Federalist; the foundation of Manhattan Institute trustee Thomas W. Smith, also a donor to The Federalist; and the family foundation of close Koch ally Art Pope, who chairs the Bradley Foundation and helped found Americans for Prosperity.

Two additional funding vehicles of the Koch family fortune, Capital Leaders and the Stand Together Trust, combined to give over $30 million to Americans for Prosperity Foundation during the same time period.

The Diana Davis Spencer Foundation gave $10.1 million to the Institute for Justice from 2016 to 2018 but did not donate to other groups involved in the Cedar Point case.

For several years, right-wing legal and advocacy groups have filed numerous amicus briefs in many Supreme Court cases in a seemingly coordinated fashion, leading to a surge in the number of Supreme Court briefs in recent years.

The anti-union business groups behind [the Cedar Point] case are following a proven formula for success with the Republican appointees on the Roberts Court: find a plaintiff of convenience; force their case through the lower courts, aiming to lose and thrust the issue before the Supreme Court; assemble a flotilla of fellow dark-money-funded amicus groups to instruct the Justices on how to rule; and seek a sweeping judgement enshrining their position in constitutional law. That formula has helped to yield over 80 decisions from the Roberts Court where big-money interests land narrow, partisan decisions in their favor.

Some of the conservative amicus groups and PLF have recently received help from a new partnership between the State Policy Network and the Rule of Law Defense Fund, as CMD first exposed. The project, American Juris Link, is designed to be a "State Policy Network for litigators" that coordinates legal strategies and amicus briefs.

CMD previously reported on aligned amicus filers in recent or current Supreme Court cases, including one to kill the Consumer Financial Protection Bureau and one that challenges donor transparency in California. Many of the same groups that filed briefs in one or both of these cases also filed in Cedar Point v. Hassid.

CMD President Lisa Graves testified in a March 10 Senate Judiciary subcommittee hearing, called "What's Wrong with the Supreme Court: The Big-Money Assault on Our Judiciary," about the large amount of dark money that bankrolls amicus filers and spending for or against judicial nominees. Graves’ written testimony is available here.