Conservative Activist Leaders Call For an End to Democracy 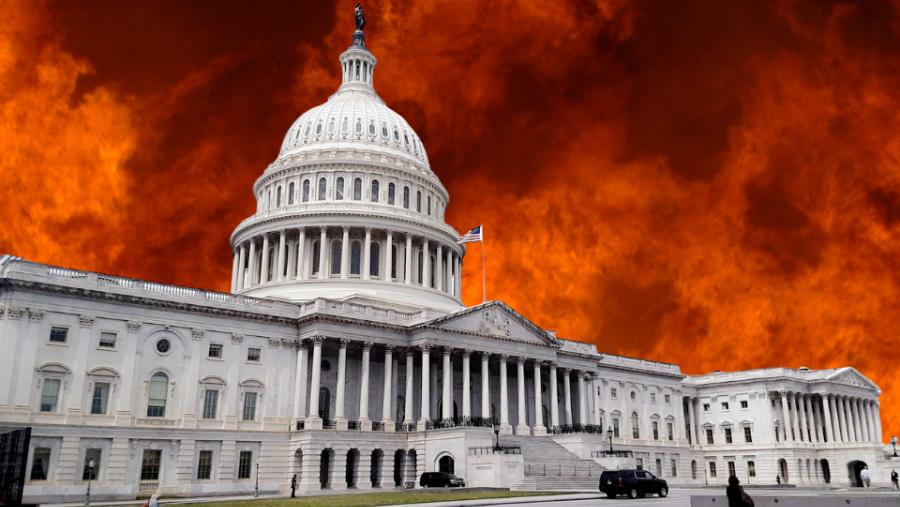 Leaders of the secretive, Christian Right organization the Council for National Policy (CNP) are calling on state legislators in six swing states that President-elect Joe Biden won to throw out the votes of their constituents and appoint the Electoral College electors themselves.

"There is no doubt President Donald J. Trump is the lawful winner of the presidential election," falsely states the letter. "Joe Biden is not president-elect."

The signers of the letter want legislators to throw out the collective 25.5 million presidential votes cast by the residents of Arizona, Georgia, Michigan, Nevada, Pennsylvania, and Wisconsin—a total that represents roughly 16% of all votes cast in the presidential race. Biden won 312,000 more votes than Trump in those states, including 154,000 in Michigan, and he beat Trump by more than 7 million votes overall.

The letter links to an uncredited document that details a "constitutional remedy" to throw out millions of votes and lists alleged election irregularities in the five states. According to metadata embedded in the file, the document was created by Cleta Mitchell, a GOP attorney, CNP member, and Bradley Foundation board member known for her voter suppression work. Mitchell chairs the Public Interest Legal Foundation, which attacked vote-by-mail and advocate voter purges in swing states this year. 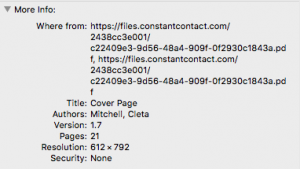 In the document, Mitchell writes that state lawmakers can appoint electors themselves or, alternatively, decide not to certify the election at all, handing the decision of who will be the United States' next president to the U.S. House of Representatives.

The letter is not subtle, dishonestly claiming that there is "overwhelming" evidence that election officials, pressured by Democrats, "violated the Constitution, state, and federal law in changing mail-in voting rules that resulted in unlawful and invalid certifications of Biden victories."

Pennsylvania legislators who are state chairs of the pay-to-play group the American Legislative Exchange Council(ALEC) are leading an effort to overturn their constituents' votes, urging the state's congressional delegation to reject the Biden electors on Jan. 6, when Congress will certify the Electoral College results. ALEC President Lisa Nelson addressed a CNP gathering in February, saying that her group had drafted letters that state lawmakers could send to their secretaries of state to challenge the election results in order to install Trump electors.

"Obviously we all want President Trump to win the national vote," said Nelson. ALEC is a nonprofit charity that is prohibited from directly participating in elections. Nelson also added that Cleta Mitchell was "trying to identify what are those action items that legislators can take in their states" to force a Trump victory. Nelson did not sign the Dec. 10 letter.

"The leadership of CNP is heavily represented among the signatories of this letter," Anne Nelson, author of a book about CNP, Shadow Network, told CMD. "CNP threw its network's support behind Donald Trump in 2016, and he has richly rewarded them by appointing their candidates to the federal courts, implementing their social and economic policy agendas, and employing their members in his administration. CNP partners have engaged in many forms of electoral manipulation over the decades, but this is the first time we've seen them challenge the entire electoral system."

CNP is closely tied to Trump and to the farthest fringes of the president's failed legal operation to overturn the election. The group invited a menagerie of far-right leaders to speak at its in-person 2020 annual conference in August, and one "Gold Circle" dinner event featured Sidney Powell, whose open support for wild QAnon-related conspiracy theories led to her removal from the Trump campaign's legal team; Trump lawyer Joseph diGenova, who suggested on Newsmax that the Trump administration's recently fired cybersecurity official Christopher Krebs be executed; and CNP member Carrie Severino, president of the Judicial Crisis Network.

In May, the Center for Media and Democracy (CMD) exposed a CNP Action plan to create a coalition of pro-Trump doctors to minimize the severity of COVID-19 and paper over Trump's failures to acknowledge and contain it. CNP also helped organize anti-lockdown protests, and operatives tied to CNP organized protests alleging nonexistent voter fraud, as CMD reported.

The letter comes as 18 state attorneys general, led by Texas AG Ken Paxton, are petitioning the Supreme Court to nullify the elections in Georgia, Michigan, Pennsylvania, and Wisconsin. Election law expert Rick Hasen said, "This is a press release masquerading as a lawsuit...What utter garbage. Dangerous garbage, but garbage."

Paxton, who has been under indictment for securities fraud for six years, is being investigated by the FBI for bribery and allegedly using the power of his office to enrich a wealthy campaign donor. In an unusual move on Wednesday, the FBI subpoenaed Paxton's office for records.

On Thursday, 126 Republican U.S. House members, a majority of the GOP caucus, came out opposed to democratically decided elections, filing an amicus brief in support of Paxton's desperate lawsuit. The roster includes the very top of the House GOP leadership. House Minority Leader Kevin McCarthy, House Minority Whip Steve Scalise (R-LA), and Republican Policy Committee Chairman Gary Palmer (R-AL) all joined, as well as several members who won re-election in the states whose elections they alleged were full of irregularities.