House Testimony: Postmaster Louis DeJoy Should Be Fired or Resign 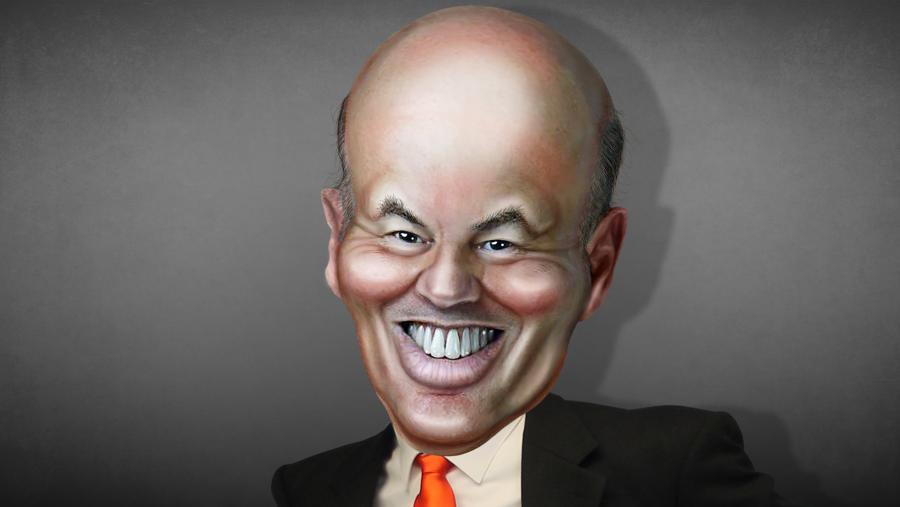 Here are the prepared remarks of Lisa Graves for the hearing on September 14, 2020, of the Subcommittee on Government Operations of the House Committee on Oversight and Reform. Graves's testimony was delivered in her capacity as the executive director of True North Research. She is also the board president of CMD. There are some variations in the remarks as delivered live, due to time constraints.

My name is Lisa Graves. I’m the Executive Director of True North Research, a watchdog group on the influence of dark money in our elections, and I am president of the Board of the Center for Media and Democracy. I help lead public interest collaborations like KochDocs, BOLD ReThink, and the Ben Franklin Project.

I previously served as Deputy Assistant Attorney General at the U.S. Department of Justice and Chief Counsel for Nominations for the Senate Judiciary Committee, where vetted nominees.

Thorough vetting is essential to protecting the integrity of our democratic institutions. It helps to ensure appointees to high positions of public trust are not only qualified for the job, but free of conflicts of interest that could compromise their decisions or put their personal interests ahead of the public interest. Unfortunately, in the case of the new Postmaster General, based on the very troubling information that has emerged, it is clear that the Postal Service’s new Board of Governors’ vetting of Louis DeJoy failed America and continues to do so.

I call on Postmaster General Louis DeJoy to resign, or be fired.

FIRST, he is facing new, credible allegations of violating anti-corruption laws. Last week, former employees said he pressured them to donate to GOP candidates, according to the Washington Post. They allege employees who did were rewarded via bonuses from the corporation that he controlled.

Rep. Cooper asked Mr. DeJoy if he had ever reimbursed employees for their political donations, and he denied it. Based on this newly reported information, however, I respectfully ask the Committee to make a formal referral to the U.S. Attorney’s Office to investigate whether Louis DeJoy’s material statements to Congress violated 18 U.S.C. 1001 of the criminal code.

SECOND, Mr. DeJoy has been accused of violating the law before — by his own brother. Dominick DeJoy, Jr., swore in a complaint that he was cheated out of millions of the family business by Mr. DeJoy, who secretly created private LLCs that were portrayed to him as jointly owned subsidiaries. Mr. DeJoy admitted they were separate though similarly-named firms but denied he did anything wrong.

His brother also alleged in the suit–which he denied and which was settled through a secrecy agreement–that Mr. DeJoy repeatedly forged his signature and hid monthly mailed bank statements from two banks and an investment firm for accounts that were secretly opened in Dominick’s name. No Postmaster General in history has ever been subject to such charges of mail theft or fraud before in a civil court or criminal court. If Mr. DeJoy cannot be trusted by his own flesh and blood to not hide his mail and millions of dollars, how can Americans trust him with millions of our votes?

THIRD, Louis DeJoy’s enormous partisan political contributions are also very troubling and should be disqualifying for this position, which was created to be non-partisan. Mike Duncan, the chair of the Postal Board of Governors who has raised millions to aid  Senator McConnell, admitted “DeJoy was not originally on a list of prospective candidates for the job.” But, following $600,000 in donations to the RNC and President Trump’s reelection strategy, he suddenly jumped to the top of the list.

These close ties create an appearance of bias that undermines public confidence in the integrity of the Postal Service, which will play a pivotal role in the 2020 election. Will Mr. DeJoy use his power as the Postmaster General to deliver absentee and mail-in ballots on time or deliver the election to Donald Trump?

FOURTH, Postmaster General DeJoy’s financial conflicts of interest are also enormous, unprecedented, and unacceptable. He has tens of millions of dollars in stock in XPO Logistics, a contractor and competitor of the Postal Service. He had dividends/gains this past year of between $1.6 and $11.1 million. No known Postmaster General in all of American history has ever had such financial conflicts of interest, like DeJoy.

He also has a multi-million dollar long-term revenue stream from XPO, through leases of nearly 150,000 square feet of space, for up to 15 years, and annual revenue of more than $2 million, through a complex arrangement of LLCs and trusts.

FIFTH, his actions warrant his dismissal. If he were a probationary employee, he would have been fired a month ago. His decisions and leadership have greatly harmed the Postal Service. In the midst of an unprecedented pandemic and a presidential election year dependent on reliable mail, he suddenly fired or demoted nearly two dozen Postal Service experts; on his watch in the past three months, overtime was greatly restricted and hundreds of mail sorting machines were removed, far more than in recent years; and he dictated a disruptive change in processes by ordering that trucks depart even if the daily mail sorting was not complete–he even micromanaged where mail trucks could park.

These dictates led to chaos and real consequences and hardships, such as for senior citizens and veterans whose life-saving prescriptions are being delivered late. He also ignored requests from state election officials not to send misinformation to voters. Our Postal Service deserves a person of the highest integrity, not a leader of the highest partisanship and arrogance like Mr. DeJoy.

All of this has been done under the guise of reform, but it raises warning flags for the privatization of the second largest civilian workforce in the U.S., in the midst of record unemployment. Playing partisan politics with the post office, DeJoy has refused to seek Covid-19 relief needed for the Postal Service. Instead, it’s slash and burn.

SIXTH, the direction DeJoy is taking the Postal Service is wrong for the American people. As I detailed in my report in July, billionaire Charles Koch has staked efforts to  privatize our Postal Service since the early 1970s. His political operation, “Americans for Prosperity,” has been running ads to pressure Senators not to fund our Postal Service.

A long-time Koch ally worked with Senator Susan Collins to push through a 2006 law that saddled the Postal Service with an unprecedented debt burden to fund future health care benefits–a liability no other agency or company in America has. To me, there is no fair way to read the Postal Service’s books and reasonably believe it could go from net revenue of nearly $1 billion a year to being able to pay $5 billion a year into that fund .

Therefore, I urge Congress to protect the mission of our Postal Service and the American people its by:

The Postal Service belongs to us, as a people. It is as old as our democracy and plays a vital role in the necessities of daily life, in our communities and streams of commerce, and in the proper functioning of our Republic. The Postal Service deserves a far better leader than DeJoy. America deserves better. Thank you for asking me to testify.

Feature image by DonkeyHotey/Flickr (CC BY 2.0).