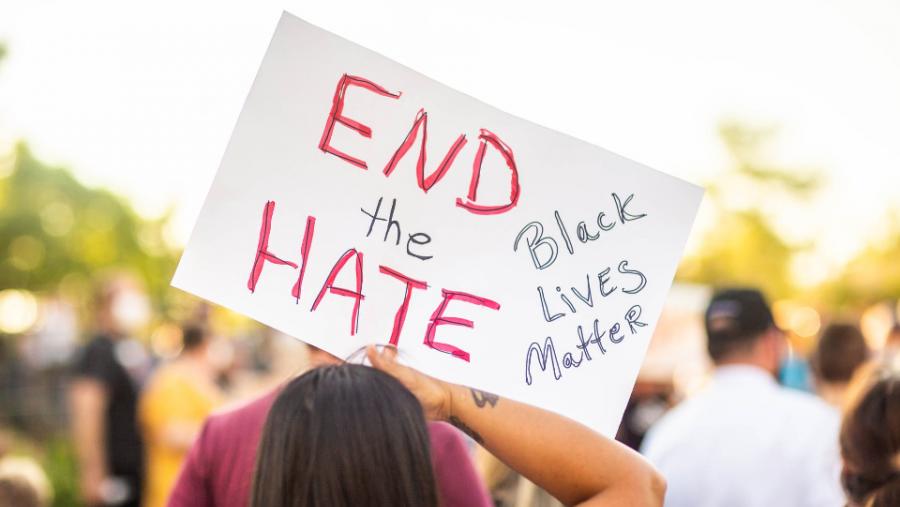 As millions took to the streets in all 50 states last month to protest against systemic racism and police brutality, several organizations that are considered hate groups by the Southern Poverty Law Center (SPLC) were enjoying new six- or seven-figure Paycheck Protection Program (PPP) loans from the federal government.

On Monday, the Small Business Administration released the names of over 650,000 PPP beneficiaries that received $150,000 or more in forgivable loans from the agency. That list included anti-immigrant hate groups the Center for Immigration Studies and the Federation for American Immigration Reform, anti-Muslim hate group Center for Security Policy, and anti-LGBTQ hate groups the American Family Association, Liberty Counsel, and the Pacific Justice Institute.

These six nonprofits scored between $2,350,000 and $5,700,000 in PPP loans, which will be fully forgiven if the groups maintain their payrolls. The Small Business Administration's release of PPP data gave ranges, not exact amounts, of the loans.

"Many of these groups that traffic in hate are already well-resourced, with a constant injection of funding from far-right mega-donors and dark money foundations," Imraan Siddiqi, executive director of the Arizona branch of the Council on American-Islamic Relations (CAIR), told CMD. "This just highlights more cases of vital funding getting into the hands of those who didn't need it, while many small businesses in our communities came up empty and are having to fold."

Anti-LGBTQ hate group the American Family Association got the most PPP money of the bunch. The group was approved for between $1 million and $2 million in loans from Regions Bank in early April to retain 124 jobs. Former top official Bryan Fischer has blamed gay men for the Holocaust and called for the criminalization of homosexuality and a ban on Muslim immigration to the U.S.

A recent post on the American Family Association website by activist David Lane compares antifa and Black Lives Matter to an "alliance between the two devils of Nazism and Communism" that hates "good and God." The groups' acceptance of "transgenderism, homosexuality, abortion" and the "elimination of the nuclear family" are apparently why they resemble a Nazi-Communist alliance, "a slithering venomous serpent."

Another recent entry by Lane goes even farther, claiming that antifa and Black Lives Matter may be more dangerous terrorists than ISIS.

Antifa and Black Lives Matter "work together in pillaging and marauding targeted cities of America," the entry claims. "In their duplicity and subterfuge they come close to or may even top the heinous terror outfit ISIS, which ransacked northern Iraq's historic Christian and Muslim shrines."

Two other anti-LGBTQ nonprofits received PPP loans. The Liberty Counsel of Maitland, Florida received between $350,000 and $1 million from Seacoast National Bank, reportedly retaining no jobs, and the Pacific Justice Institute of Sacramento, California got between $150,000 and $350,000 from Five Star Bank to secure 17 jobs.

The Center for Immigration Studies (CIS) was founded by white nationalist John Tanton in 1985 and is one of several anti-immigration hate groups that Tanton used to fearmonger over immigrants and promote the writings of prominent white nationalists and antisemites.

The nonprofit, which has ties to far-right Trump adviser Stephen Miller, is mostly funded by the right-wing Colcom Foundation and mainstream donor-advised fund sponsor the Foundation for the Carolinas. It was approved for a loan worth between $350,000 and $1 million from United Bank on April 9. The loan allegedly retained 15 jobs.

"Anti-Muslim hate groups such as CIS have a direct impact on Muslim communities on a ground level," Siddiqi told Sludge last November. "Organizations that spread false and misleading information about vulnerable communities often serve as a radicalizing force when it comes to the actual hate and violence we see…. During the Trump era we have seen this fear-mongering result in massive spikes in hate crimes and violent plots against our communities."

CIS has spent much of the last few months claiming that undocumented immigrants from Mexico and other Latin American countries are infecting U.S. citizens with the coronavirus, blaming "border crossers" for Texas' massive spike in infections instead of Republican Gov. Greg Abbott, whose gross negligence led to the current emergency.

However, CIS's race-baiting claims are easily debunked. The Washington Post reported that the patients entering the U.S. are retirees, dual citizens, or Americans working or visiting relatives in Mexico. The New York Times reported much the same.

Another anti-immigrant hate group founded by Tanton also received a loan of up to $1 million in April. The Federation for American Immigration Reform (FAIR), was approved for the loan from TD Bank on April 13, reportedly retaining 35 jobs.

The SPLC considers FAIR "America's most influential anti-immigrant organization." Like CIS, FAIR has been advocating for the end of the U.S.'s guest worker program. On June 22, after FAIR lobbied the White House on immigration issues, the groups got their wish: Trump issued an executive order halting most new work visas for the rest of 2020.

A notorious anti-Muslim hate group, the Washington, D.C.-based Center for Security Policy, secured a PPP loan of between $150,000 and $350,000 from PNC Bank on April 29 to retain 13 jobs. Led by former Reagan administration Defense official Frank Gaffney, the nonprofit promotes conspiracy theories about Muslims so heinous that it was even banned from the right-wing Conservative Political Action Conference (CPAC).

In recent months, the Center for Security Policy has promoted its coverage of the "Wuhan virus," calling covid-19 "China's propaganda pandemic" and claiming that Chinese President Xi Jinping "weaponized it to attack the United States and divide its leaders."

The hate group recipients are 501(c)(3) nonprofits in good standing with the Internal Revenue Service (IRS). To be compliant, nonprofits must only fulfill the agency's financial requirements. The IRS has no anti-hate policy.