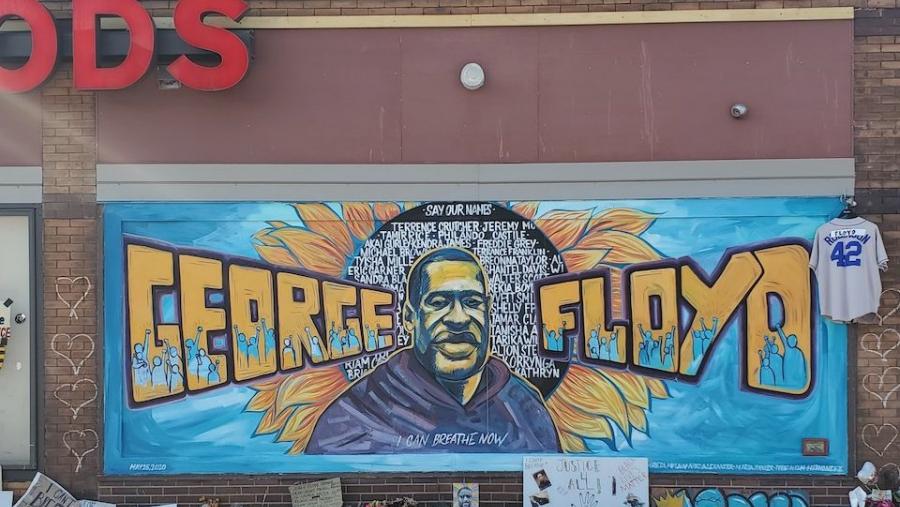 Today, we at the Center for Media and Democracy mourn the murder of George Floyd at the knee of the state. No person deserves such a death. George Floyd's life was sacred, and the three police officers who pressed his body to the ground and squeezed his breath and life out of him must be brought to justice, as must the officer who stopped the desperately clamoring crowd from saving his life.

It is well past time for a national reckoning, and the culture of policing in America must be boldly reformed. To have a healthy democracy, American cities must demilitarize the police, expel any officer who engages in police brutality, and change budgets to prioritize the health and wellbeing of the community. Any officer who joins Trump's authoritarian demands for violence by police or acts with contempt toward the brave Americans exercising their fundamental First Amendment rights of free speech and assembly to call for police accountability should be barred from the honor and responsibility of policing. Black Lives Matter. Black Lives Are Sacred. Rest in Power George Floyd.

"The tragic and senseless loss of Black lives to police-involved violence over the last several years —  and the callous indifference to justice in response — should have been enough to persuade the nation of the need for dramatic change. The last several days have made it impossible to ignore.

"We call on the nation to join the civil rights community in observing a National Day of Mourning on Thursday, as George Floyd's family prepares for the painful task of laying their loved one to rest. We will spend the day in reflection and prayer for racial reconciliation and an end to the violence that is ravaging the nation.

"Our communities, already saturated in grief over the COVID-19 pandemic, have been pushed to the brink by relentless police brutality and vigilante injustice. Now, white nationalists intent on stoking divisions and discrediting the racial justice movement have smashed their way into this cauldron of anguish and rage.

"There is only one way out of this crisis. The rift between the police and the communities they are sworn to protect can be healed only by a comprehensive and realistic plan for reform and accountability.

"The brutal killings of African Americans by police and vigilantes — as well as the appalling, inappropriate response by police to peaceful uprisings, highlight the need for comprehensive review and revision of police training procedures, hiring standards and use of force policies.

"We look forward to working closely with members of Congress on a bipartisan basis to advance these policies and other desperately-needed reform measures. We stand with impacted families and communities as they remember and mourn George Floyd, Sean Reed, Breonna Taylor and countless others. We cannot rest until we get true justice for African Americans and other marginalized communities who bear the brunt of police violence."