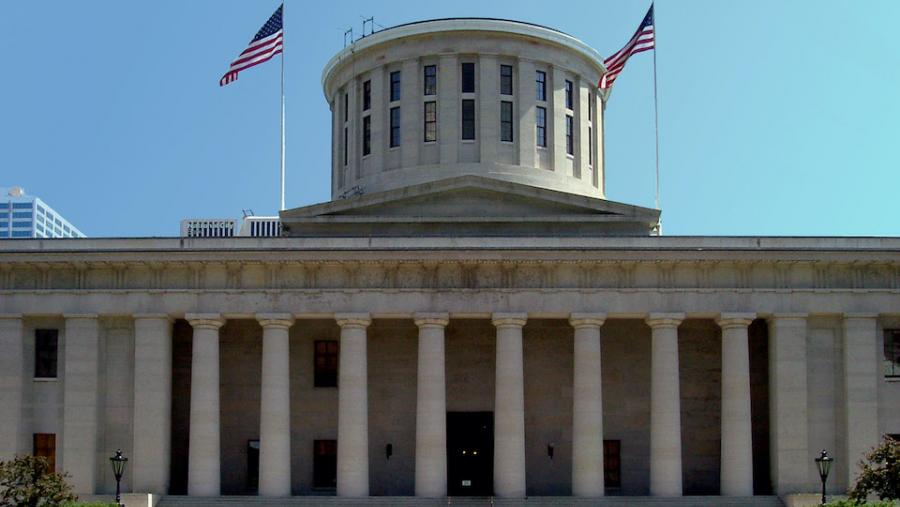 With a $2 billion budget shortfall because of expenses associated with the coronavirus pandemic, Ohio legislators are eyeing use of the state's rainy day fund to avoid cuts to the current budget.

One group, though, doesn't want the $2.7 billion rainy day fund used until there are large budget cuts to education, health care, and environmental programs, beyond the hiring freeze and budget cuts already imposed by Governor Mike DeWine (R). That group, the Koch-funded Buckeye Institute, is instead using the crisis to push its conservative agenda.

Buckeye is part of the State Policy Network (SPN) of right-wing "think tanks" dedicated to promoting "free markets" and limited government. It received $408,000 from the Charles Koch Foundation from 2016-2018, and $2.5 million from DonorsTrust and Donors Capital Fund, the Koch-preferred pass-through entities for wealthy donors, from 2014-2018.

The Ohio rainy day fund was depleted by the 2008 Recession, but former Governor John Kasich (R) rebuilt it to $2.7 billion before he left office last year. Governor DeWine's budget director has said that using that fund to deal with the loss of revenue from the pandemic would be a "last resort."

Nearly 1 million new jobless claims have been filed in Ohio since the beginning of the pandemic. Loss of jobs and shuttering of businesses means a decline in sales and income taxes, causing a budget shortfall.

In the spirit of former Chicago Mayor Rahm Emanuel's famous saying, "never let a crisis go to waste," Buckeye appears to see the pandemic as a chance to win sweeping cuts to government programs it has long sought.

The budget cuts called for by Buckeye can be found in their 2019 Piglet Book, a survey of what it regards as unnecessary state spending, and were reiterated in an April 9 press release, "Buckeye Institute Identifies Nearly $3 Billion Ohio Can Use to Fight COVID-19 and its Impact."

Included in the proposed cuts is a work rule requirement for Medicaid recipients, which already has been suspended by Governor DeWine during the pandemic. Buckeye led the fight in Ohio to impose the work rule.

Buckeye estimated in its "Piglet Book" a savings of over $300 million from the Medicaid program, so a good chunk of its suggested savings is already off the table. The Center for Media and Democracy (CMD) wrote about Ohio's suspension of the work rule requirement in March 2020.

In its statement, Buckeye says that $125 million could be immediately saved by cuts in education, and it draws on a similar suggestion in the 2019 Piglet Book where it claims a fiscal year savings of $330 million. Buckeye writes there that, "Ohio has fewer students enrolling in its K-12 education system, for example, with the ten-year trend for student enrollment declining an average of .71 percent annually."  The education budget, it says, should shrink by a similar percentage.

But neither in its many press releases nor its Piglet Book does Buckeye say how or where to make education cuts. Like most members of SPN, Buckeye long has been a champion of charter schools and education savings accounts, but nowhere does Buckeye say how those programs could be used to cut $330 million, or even the immediate $125 million.

For the Ohio fiscal year 2020 budget, Buckeye instead praises the new spending of $60 million on charter school construction. Buckeye does not suggest halting that construction as part of immediate savings to fight the pandemic, even though the money has not been spent and that would reduce the need for cuts to current programs.

Buckeye also says $86 million can be saved by cutting half of the budget of Ohio's new H2Ohio water quality program, which helps prevent phosphorus run-off from farms, expand and safeguards wetlands, and prevent lead contamination of drinking water.

"It is wrong that Ohio children are potentially being exposed to lead in drinking water because of antiquated piping and fixtures in daycare centers or they can't play outside because their backyards are covered in sewage from failing septic systems," said Governor DeWine. "H2Ohio is going to help."

The fund is targeted to disadvantaged communities with aging water pipes and includes assessment of lead exposure in daycare centers and schools in high-risk areas, and replacement of lead pipes and fixtures. Given the public health disaster in Flint, where residents were exposed to high levels of lead in their drinking water, Buckeye should make clear if the lead abatement program is on its chopping block.

Governor DeWine is expected to announce new steps to balance the state's budget at the end of this week.