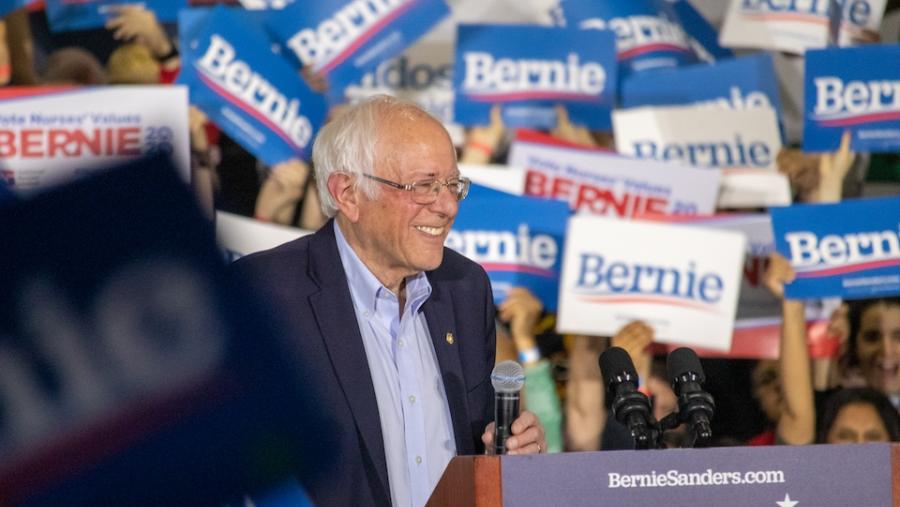 The right-wing, billionaire-funded Club for Growth Action super PAC has a message for liberal voters: Billionaires behind Joe Biden are helping the Democratic Party rig the presidential primary against Bernie Sanders.

"After Mike [Bloomberg's] $600 million couldn’t get it done, now the billionaires are propping up Joe Biden...because they own him," says the narrator of the digital ad. "Don’t let them steal it."

A March 10 Club for Growth Action press release says the group will spend five figures on the digital ad, which will run in the four states set to vote on Tuesday, March 17: Arizona, Florida, Illinois, and Ohio.

"Remember" is the fourth ad that Club for Growth Action has released in the Democratic presidential primary. The group has also run an ad attacking former candidate Beto O'Rourke and another criticizing Biden for working with "racist Dixiecrats" to oppose school busing integration. The super PAC has spent a total of nearly $180,000 on ads against Democratic presidential contenders Biden ($86,000), Sanders ($59,000), and O'Rourke ($35,000), according to Federal Election Commission data.

Club for Growth Action has made over $5 million worth of independent expenditures in the 2020 elections so far, much of it going towards Republican congressional primaries, according to the Center for Responsive Politics.

Other conservative super PACs have made independent expenditures opposing Biden and Sanders, as CMD recently reported. As of March 4, The Committee to Defend the President had spent nearly $900,000 against Biden, while the Republican Jewish Coalition Victory Fund spent $69,000 against Sanders. Additional conservative groups have spent smaller amounts attacking both candidates.

Club for Growth, the 501(c)(4) social welfare nonprofit linked to Club for Growth Action, with an annual revenue of $6.7 million, is also reliant on conservative billionaires. For example, the Charles Koch-backed trade association now called The Seminar Network Chamber of Commerce donated $175,000 to Club for Growth in 2017. A few years before, the group received over $1 million from the Koch-backed Center to Protect Patient Rights.

The DNC and billionaire donors to Biden's campaign clearly ARE eager to thwart Bernie Sanders; in this the rightwing PACs are correct. But what of it? What do you recommend people do about it?