GOP Moves to Stack FEC in Its Favor | PR Watch

GOP Moves to Stack FEC in Its Favor 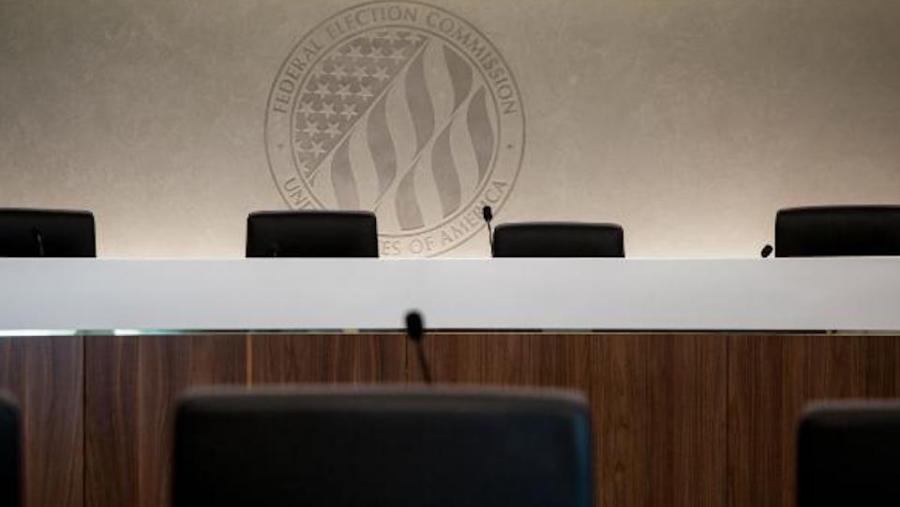 In 2017, Donald Trump nominated James E. "Trey" Trainor III of Texas for a spot on the Federal Election Commission (FEC). At the time, the Senate did not take up his nomination because of anti-Protestant posts he made on social media.

Now, with a three-person FEC that cannot enforce campaign finance laws because it lacks a quorum, Trainor is back in play. Presidents traditionally advance nominees in pairs of one Democrat and one Republican, but not this time. Trainor, a Republican, is the sole nominee. The Senate will hold a hearing on his nomination on March 10, and transparency groups are sounding the alarm.

"By taking this approach but leaving two seats empty, President Trump and [Sen. Mitch] McConnell [R-KY] are not only keeping the FEC shorthanded but also refusing to fill a Democratic FEC seat which Trump and McConnell have purposefully kept vacant for 1,100 days," said Democracy 21 President Fred Wertheimer in a press release on March 4.

As an attorney in Texas, Trainor wanted to defund the state's campaign finance agency and helped the "dark money" nonprofit Empower Texans keep its donors secret.

What We Know About Empower Texans' Funding

Empower Texans is a 501(c)(4) nonprofit, meaning it is not required to disclose its donors. But its affiliated Empower Texans PAC, a super PAC, does need to reveal its funders. Most of the money that it has received, and used to elect conservative Republicans to state office, has come from oil and gas executives.

In a detailed report, the Public Accountability Initiative lays out the fossil fuel interests behind the Empower Texans PAC, which has helped push Texas Republicans even farther to the right, sometimes backing primaries to GOP politicians it saw as insufficiently conservative. By far the biggest donors since 2009 are evangelical oil and gas executives: Tim Dunn, founder of oil and gas driller CrownQuest Operating, and Dan and Farris Wilks, who founded oil and gas extraction equipment company Frac Tech and sold it in 2011. Other large donors include Kyle Stallings, CEO of an oil and gas investment firm; David Mayes Middleton II, who became a Texas state representative and is president of an oil company; and Dick Saulsbury, whose engineering and construction company works closely with oil and gas operations.

Dunn founded Empower Texans, also known as Texans for Fiscal Responsibility, in 2006. The group promotes a corporate and socially conservative agenda, advocating against regulations, abortion rights, same-sex marriage, and transgender rights. In addition to its super PAC arm, it also has a 501(c)(3) affiliate, Empower Texans Foundation. The funders of this foundation are difficult to identify. CMD found some recent donors that have given five-figure amounts in recent years--The Dallas Foundation and the Ed Foundation--and earlier funders include Koch-connected groups Americans for Job Security ($40,000 in the 2012 fiscal year) and Americans for Tax Reform ($25,000 in 2013).

Through his work with Empower Texans, Trainor is closely tied to the Koch political network.

Empower Texans has close ties to a heavily Koch-funded think tank, the Texas Public Policy Foundation (TPPF). Empower Texans CEO Michael Quinn Sullivan is the former vice president of the conservative TPPF, and Tim Dunn is a longtime board member, currently serving as its vice chair. Donor Stallings is also on the TPPF board, and Middleton was previously on that board and the board of Empower Texans Foundation.

TPPF has received large donations from the Charles Koch Foundation and from donor-advised funds DonorsTrust and Donors Capital Fund, which Koch uses as a conduit for some of his charitable donations. The policy foundation often works with Koch's signature political nonprofit, Americans for Prosperity, co-hosting events like these. At a TPPF event in 2017, Trainor said that campaign finance regulation should focus on lobbying instead of political spending.

TPPF also works with other Koch-funded nonprofits including the Reason Foundation. It is a member of the Conservative Texas Budget Coalition alongside Texans for Fiscal Responsibility and several Koch-backed groups, such as the Texas branch of Americans for Prosperity, the Heartland Institute, and Citizens Against Government Waste.

Some current TPPF staff formerly worked for AFP and other Koch-backed groups. COO Greg Sindelar is on the board of the Austin chapter of America's Future Foundation, which has received money from the Koch Foundation and receives interns from the Koch Summer Fellow Program.

In 2012, two Republican state representatives filed ethics complaints against Empower Texans' campaign finance activities. The Texas Ethics Commission launched a four-year probe into Empower Texans and Sullivan, questioning if the group was coordinating state election expenditures with donors and if it should register as a political action committee. As legal counsel for the group, Trainor fought to gut campaign finance and lobbyist registration requirements. He stonewalled the commission on document requests as he backed state Senate Republicans' efforts to defund the commission.

Requiring Empower Texans and other 501(c)(4) nonprofits to disclose their donors "would have a chilling effect on anybody's ability to speak," he argued.

The Koch political network has fought similar disclosure requirements in California and is urging the Supreme Court to overturn the state's requirement that nonprofits confidentially submit the names of their donors to state regulators.

Trainor went on to advise Trump's 2016 campaign and then take a job in Trump's Defense Department, positions that could put into question his impartiality in Trump-related campaign finance cases.

"The appointment of Trainor would merely move the FEC from nonfunctional to dysfunctional," Craig Holman, government affairs lobbyist for government watchdog Public Citizen, said in a March 9 press release. "The FEC would regain a quorum, but Trainor doesn't believe in enforcing the campaign finance laws, so this would not be any real improvement."